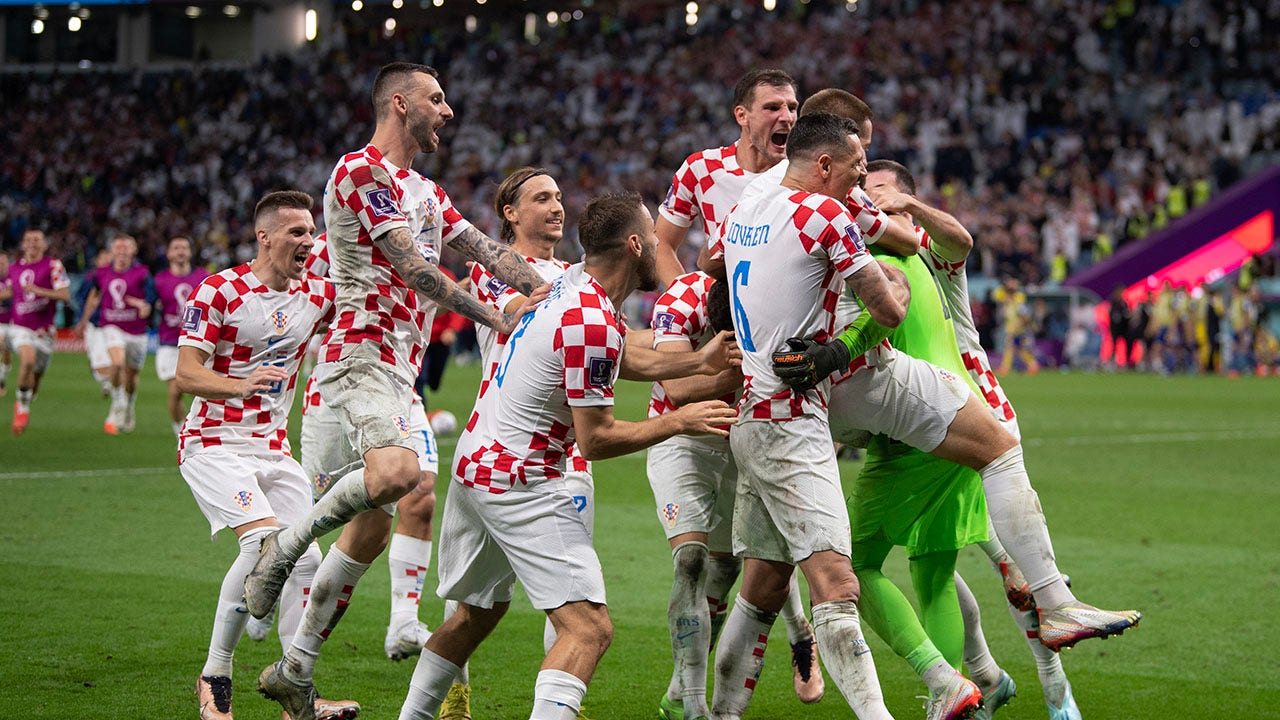 Japan’s hopes of reaching the World Cup quarterfinals for the first time ever came to a crushing end on Monday after being defeated by Croatia in a shootout.

After building up momentum for 43 minutes, Japan took an early lead when Ritsu Doan’s perfectly placed ball from just outside the box gave Daizen Maeda a perfect opportunity to score one on the near side of the net, just past Dominik Livaković.

But Ivan Perisic would level the score at the 55-minute mark with a header.

The score would remain at 1-1 through regulation and extra time.

Livaković had plenty of crucial saves throughout the match to keep Croatia’s World Cup chances alive, but his best saves of the match came in the shootout.

Kaoru Mitoma of Japan reacts during the Round of 16 match with Croatia at Al Janoub Stadium on Dec. 5, 2022, in Al Wakrah, Qatar.
(Stefan Matzke – sampics/Corbis via Getty Images)

“We never give up. … We have been through so much pain, and the players have great pride,” Croatia coach Zlatko Dalic said after the match. “The whole of Croatia is supporting us, and this is a way of giving them faith for a better tomorrow.”

Croatia players celebrate with goalkeeper Dominik Livaković after he saved three penalties in the shootout against Japan during the World Cup match at Al Janoub Stadium on Dec. 5, 2022, in Al Wakrah, Qatar.
(Visionhaus/Getty Images)

Croatia advances to the quarterfinal match where it will take on Brazil, which defeated South Korea on Monday with four first-half goals.