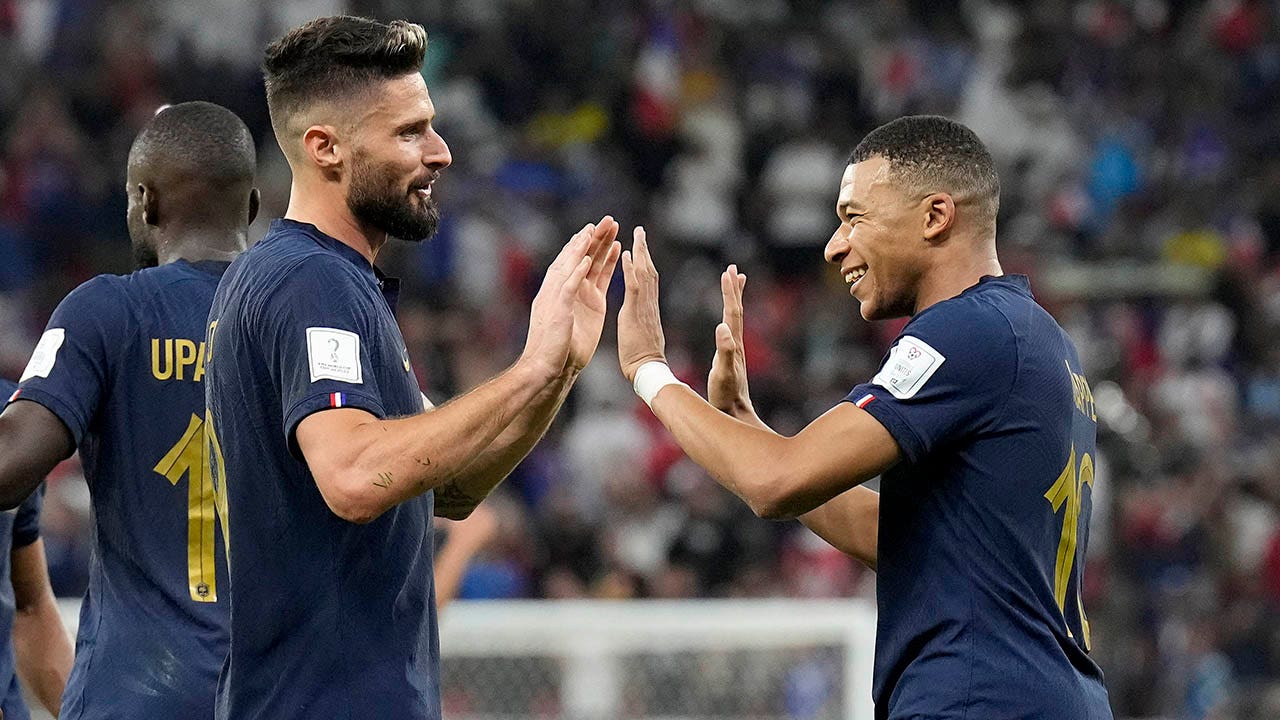 Olivier Giroud became the all-time goal-scoring leader for France and Kylian Mbappe added one more as their squad defeated Poland 3-1 on Sunday in their Round of 16 matchup at the World Cup.

Giroud’s score came right before the end of the first half – in the 44th minute. He got space in the box in front of Polish goalkeeper Wojciech Szczesny and booted it with his left foot into the back of the net. It was Giroud’s 52nd career goal with the French national team. He surpassed Thierry Henry’s record.

France definitely needed one more to thwart off any chance of a Poland comeback. Mbappe got his number called and succeeded giving France that little bit of an edge.

Mbappe got a pass from the other side of the field and lined up his shot perfectly over the tops of two Poland defenders and Szczesny for France’s second goal of the match.

Mbappe would get one more in stoppage time to add to the lead.

It was Mbappe’s fourth and fifth goals of the World Cup, making him the Golden Boot leader for the tournament.

Poland had a good chance earlier in the match.

In the 38th minute, Poland was right in front of the net but French goalkeeper Hugo Lloris somehow managed to keep the ball in play. A rocket shot when right off his shins and he would stop another with his hands before the French defense was able to clear the ball out of bounds.

Robert Lewandowski, in potentially his final World Cup, scored on a penalty in the ninth minute of stoppage time.

France will play the winner between England and Senegal in the quarterfinal. The team won the World Cup in 2018.