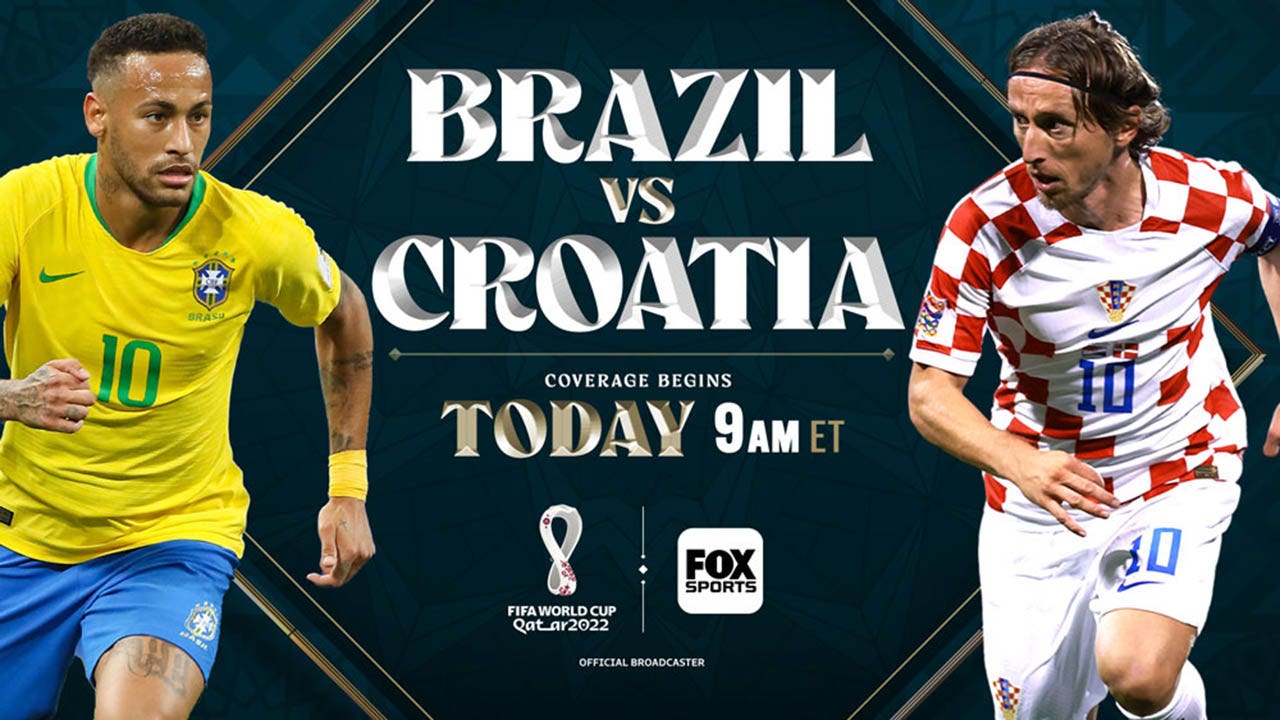 The World Cup is about to enter the home stretch with the quarterfinals set to begin Friday and fans can tune into FOX to watch all the coverage, starting at 9 a.m. ET.

The first two matches will take place in Lusail and Al Rayyan in Qatar and both are expected to be terrific matches.

Fans will get to see Croatia take on Brazil first and then Argentina faces off against the Netherlands in the first slate of quarterfinal matchups.

Holland topped the U.S. in the Round of 16, 3-1, to make it to the quarterfinals, and Argentina got past Australia, 2-1, in their Round of 16 matchup. For Croatia, they were able to skirt by Japan in penalties while Brazil showed why they were the favorites to win the tournament with a 4-1 showing against South Korea.

Here’s what you need to know about the matches.

How to watch Brazil vs. Croatia

The quarterfinals match between Croatia and Brazil can be seen on FOX. The coverage begins at 9 a.m. ET, with the match starting at 10 a.m. ET. Fans can also tune in here for the action.

How to watch Netherlands vs. Argentina

The quarterfinals match between the Netherlands and Argentina can be seen on FOX. The match begins at 2 p.m. ET after the Croatia-Brazil match. Fans can also tune in here for the action.

Who are the Netherlands players to watch?

Cody Gakpo has been a goal-scoring machine for the Dutch and is second in goals behind France’s Kylian Mbappe. Goalkeeper Andries Noppert has only allowed two goals in the entire tournament.

Who are the Argentina players to watch?

Lionel Messi is obviously the one the Netherlands has to keep an eye on. He also has three goals in the tournament. Julian Alvarez has put two in the back of the net for Argentina as well.

Who are the Croatia players to watch?

Croatia needed clutch goals to get into the quarterfinals. Andrej Kramaric has two goals to his credit so far in the tournament. Luka Modric is still looking for his first but don’t sleep on him in clutch time.

Who are the Brazil players to watch?

Brazil looked like the favorite in their match against South Korea and are sure to try and put on a showcase against Croatia. Just when you think you have Neymar stopped, Richarlison can strike. If you have both of them stopped, there’s Vinicius Junior to stop. Oh, and good luck getting one past Alisson.