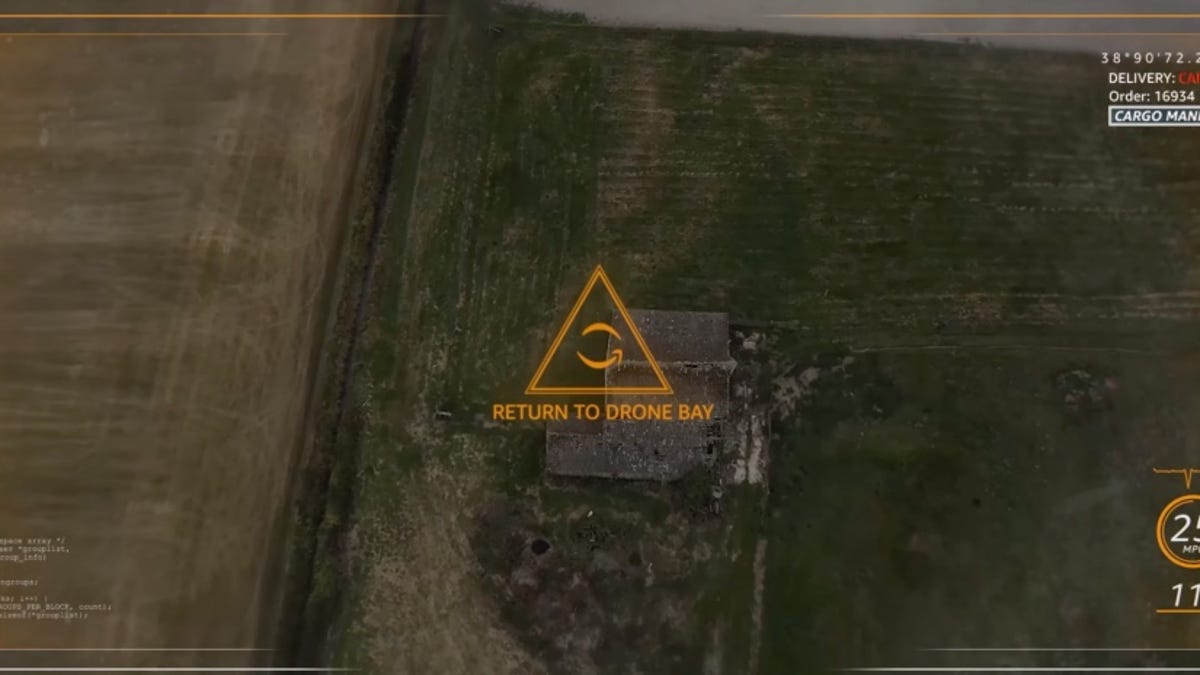 Meet Jeff, an Amazon employee with zero work-life balance. All he does is toil his days away for the mega-corp, making sure customers are united with their mounds of totally necessary impulse buys. He needs a vacation! But since he’s a drone, that sounds impossible… until the world finds a way. By ending.

This somehow delightful yet also depressing short film from filmmaking collective shy kids—shared by Short of the Week—skewers consumerism while proposing a not-entirely-impossible view of the near future.

According to Short of the Week, the filmmakers—Patrick Cederberg, Walter Woodman, and Matthew Hornick—used “Chernobyl stock footage to act as the desolate landscapes and then [added] the drone’s UI as an overlay on top of the shots from its perspective,” while Woodman supplied the melancholy voice of Jeff, doing “his best ‘Nathan Fielder impression.’” Surviving an apocalypse sounds lucky until you realize there’s nowhere to recharge your batteries, and that it’s highly unlikely that any record players survived for those kids to get their first taste of David Bowie.

Coped with a man on a regional train: Commissar candidates prevent a knife attack