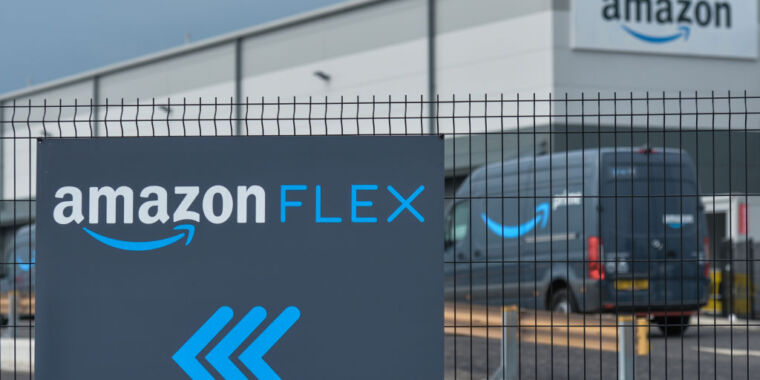 Today, as Amazon dealt with a site-wide outage impacting thousands of customers, the District of Columbia attorney general, Karl Racine, filed a lawsuit against the online shopping giant for deceiving its customer base. In a press release, Racine said that Amazon still needs to pay for tricking DC consumers by “stealing” portions of their Amazon Flex delivery driver tips between 2016 and 2019 and “secretly” diverting millions to “reduce its own labor costs and increase profits.”

Amazon already paid $61.7 million in restitution to Amazon Flex drivers after the Federal Trade Commission investigated. But Racine said Amazon “has thus far escaped appropriate accountability, including any civil penalties, for consumer harm.” In his complaint, filed in the Superior Court of the District of Columbia, Racine is seeking, so far, unawarded “civil penalties in connection with the misrepresentations and omissions it made to consumers with respect to these deceptive tipping practices.”

“When a company is caught stealing from its workers, it is not enough for the company to repay the amount stolen,” Racine’s complaint said. “Stealing from workers is theft, and significant penalties are necessary to strongly disincentivize this unlawful conduct.”

A spokesperson for Racine’s office told Ars that Amazon has three weeks to respond to the court filing. An Amazon spokesperson, Maria Boschetti, provided a statement to Ars.

“Nothing is more important to us than customer trust,” Boschetti told Ars. “This lawsuit involves a practice we changed three years ago and is without merit. All of the customer tips at issue were already paid to drivers as part of a settlement last year with the FTC.”

Racine’s complaint alleges that Amazon violated DC’s Consumer Protection Procedures Act (CPPA) by “lying to consumers about whether tips would be fully passed on to Amazon Flex drivers and increase worker compensation.” Because customers received no restitution from the FTC settlement, Racine’s complaint suggests that it’s now up to the court to “send a clear message to employers not to divert tips for their own benefit.”

Amazon’s tip-diversion scheme worked by quoting a guaranteed minimum payment to a driver and then offsetting that payment with tips instead of providing tips on top of the minimum payment. To ensure Amazon paid the least amount out-of-pocket, the complaint alleges that the company even tested models with different default tip options, ultimately selecting the amount that led customers’ tips to cover as much of the cost as possible. Racine’s complaint said this made it so that “a consumer’s ‘tip’ made no difference at all to the driver’s take-home pay,” and drivers only noticed this was happening because “they noticed a decrease in their take-home pay.” The FTC reported the highest amount of tips withheld from a single Amazon Flex driver was “more than $28,000.” The average amount for tips withheld was $422.

According to the FTC, Amazon agreed in the 2021 settlement to never misrepresent any driver’s rate of pay or likely income, “how much of their tips will be paid to them,” or “whether the amount paid by a customer is a tip.” The FTC also prohibited Amazon from “making any changes to how a driver’s tips are used as compensation without the driver’s express informed consent.” Amazon must comply with these nationwide orders until 2041.

Racine’s concern, however, is that Amazon has made no assurances to customers that it will not engage in such deceptive practices. In his complaint, he notes that before, during, and after the settlement, Amazon never stopped telling customers that 100 percent of tips would go to drivers. Sometimes that was true, but for three years, it was not, and there has been no enforcement action to prohibit “unfair and deceptive trade practices in connection with the offer, sale, and supply of consumer goods and services.”

The DC attorney general has asked the court to declare that Amazon violated CPPA. If found in violation, Racine requests the court award any restitution not already provided, as well as civil penalties, as punishment to prevent Amazon from any future CPPA violations. That’s the only way, the complaint states, “to deter Amazon and other merchants from soliciting tip money from DC consumers to subsidize their own labor costs.”

“Consumers need to know where their tips are going,” Racine said in his press release. “This suit is about providing workers the tips they are owed and telling consumers the truth. Amazon, one of the world’s wealthiest companies, certainly does not need to take tips that belong to workers. Amazon can and should do better.”