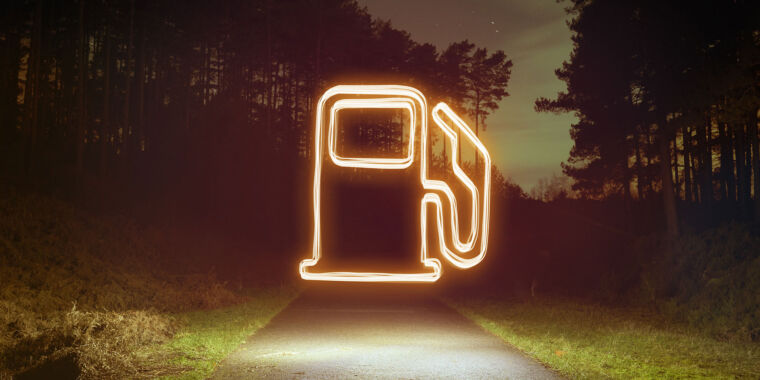 Electric vehicles have never been more popular. Just about every automaker is in the midst of an electrification effort, spurred on by impending government regulations around the world aimed at reducing our dependency on fossil fuels. But is the movement having an effect? Here in the US, plug-in vehicles are selling better than ever, despite supply chain shortages and frequent hefty dealership markups.

According to Argonne National Lab, between 2010 and the end of 2021, the US had bought more than 2.1 million plug-in vehicles, including 1.3 million battery EVs. That sounds like a very impressive number, but bear in mind that’s out of a total national vehicle pool of nearly 276 million cars and trucks. Argonne estimates that despite all these plug-ins, national gasoline consumption was reduced by just 0.54 percent in 2021.

The biggest growth in plug-in sales occurred in 2021, more than doubling from the previous year from 308,000 vehicles to 634,000. That’s probably not too surprising, given how many new EVs reached the market last year. In fact, BEV sales increased 92 percent to 457,000 vehicles, with plug-in hybrid EV sales increasing by 150 percent to 175,000.

Argonne assumed that plug-in drivers behave much like their gasoline-powered counterparts but applied a utility factor to PHEVs based on battery size and a mileage adjustment factor based on EPA-estimated range for BEVs, with the baseline being an internal combustion engine vehicle driving 13,500 miles (21,727 km), with a mix of 57 percent highway driving and 43 percent city driving. Proportional reductions in annual mileage due to COVID-19 were applied for 2020 and 2021 as well.

Given that plug-in vehicles represent almost 1 percent of all light vehicles on the road in the US, it’s disappointing that the reduction in gasoline usage was just more than half a percent.

However, Argonne provides evidence against naysayers who think EV adoption will crash the electrical grid—in 2021, charging EVs accounted for only 0.15 percent of all US electricity consumption. Interestingly, Argonne found that while BEV efficiency has decreased marginally since 2018, PHEV electrical range efficiency actually dropped dramatically between 2019 and 2021, which Argonne blames on the increasing size and weight of electrified SUVs.

This report is not an argument against people buying EVs, of course; any gas saving is an improvement on turning that gasoline into atmospheric pollution that worsens climate change. But it should be clear now that EVs on their own are not a panacea to our transport-related climate problems, and the future will require many more people to walk, cycle, or take the bus to get to where they’re going.