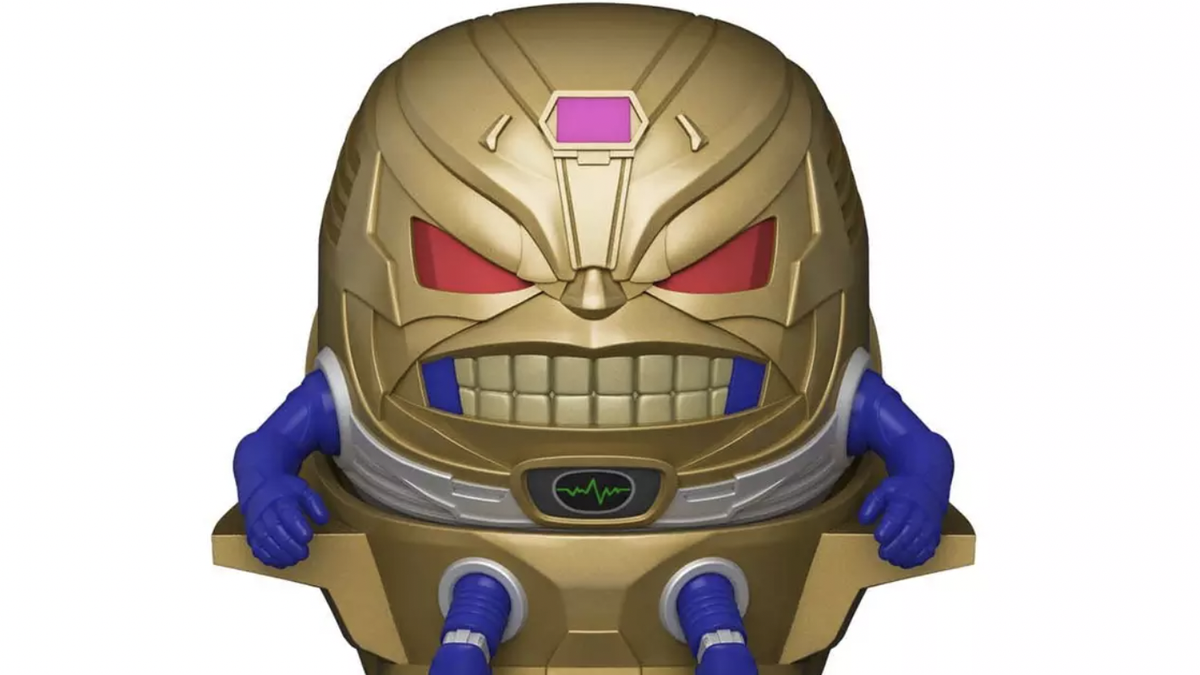 Marvel Studios is getting ready to kick off phase 5 with Ant-Man and The Wasp: Quantumania. And of course collectibles and toys are going to be the first place where we get a good look at what to expect as far as what its heroes and villains will look like.

After being briefly seen at San Diego Comic-Con 2022, here’s the toy-sized reveal of the full design for MODOK in the feature film. The Funko Pop shows him on his floating Doomsday Chair with the classic purple and gold details. Love the little tuft of take-off thrust air.

In the film, AIM was the corrupt organization run by Aldrich Killian, and in the official Iron-Man 3 game, Killian (played by Guy Pearce in the movie) had the company upload a copy of his consciousness into tech—making him MODOK for its plot. There’s no confirmation if this is the way the character will lean for Quantumnania or if they’ll go full meta and bring in Patton Oswalt’s variant from Hulu’s recent MODOK show.