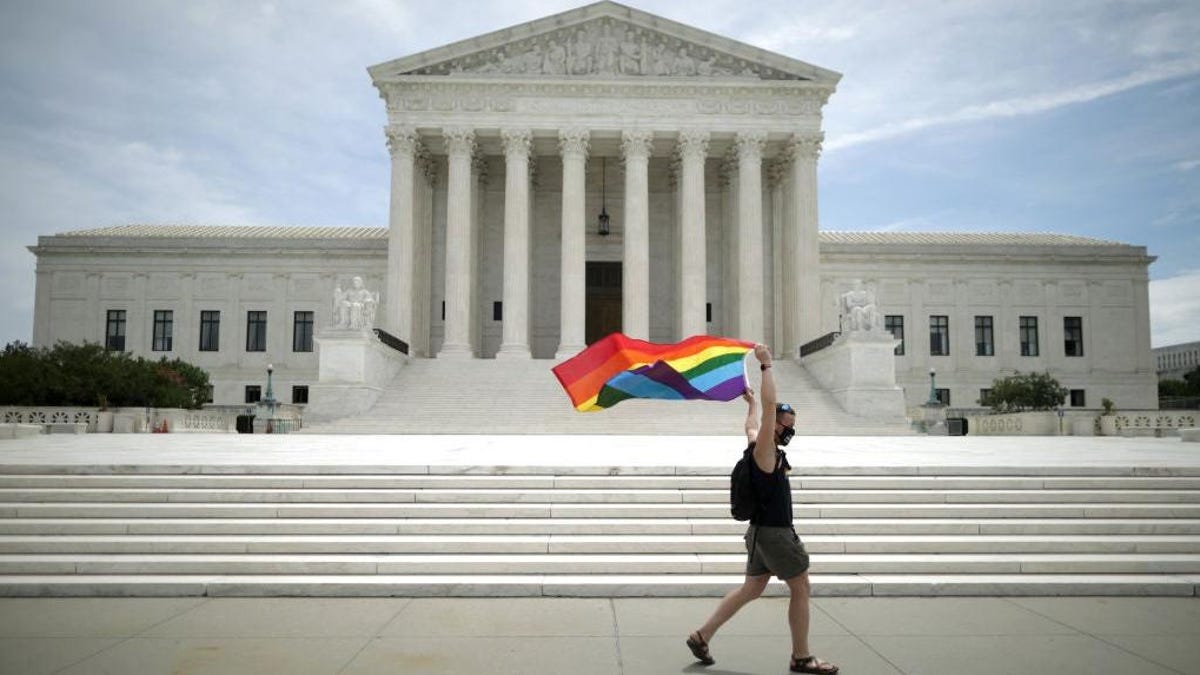 The Supreme Court seems poised to rule in favor of a Colorado web designer who appealed for the right to decline her services to same-sex couples. Lorie Smith is the owner of a web design company called 303 Creative, and says she will serve LGBTQ+ customers for general design requests, but says she should not be required to provide wedding website designs to gay and lesbian couples.

Colorado state law currently prohibits businesses from discriminating against gay people, but Smith says that her free speech would be violated if she were required to create wedding websites for them.

The Supreme Court currently consists of a conservative majority and based on questions heard today during arguments, seems likely to lean in Smith’s favor, but several justices are first considering any implications this will have on existing anti-discrimination laws.

This case calls into question the differences between businesses that sell goods versus those that provide a specific service and the difference between discrimination of race and sexual orientation. The Supreme Court discussed the case for two-and-a-half hours on Monday, NBC News reported, but it’s still unclear how the court will ultimately rule.

Smith’s website does not currently offer wedding designs, but she has challenged the state law, saying she should be able to refuse the service to same-sex couples based on her religious beliefs. And while Smith originally framed a lot of her case around religious freedoms, the Supreme Court seems more interested in its potential First Amendment implications.

Liberal Justice Sonia Sotomayor also reportedly asked where the line is drawn if they rule in Smith’s favor. “What about people who don’t believe in interracial marriage, and people who believe that disabled people shouldn’t get married?” she asked.

Anti-discrimination laws were first introduced in the Civil Rights Act of 1964 which protected employees and job applicants from being discriminated against on the basis of race, color, religion, sex, and national origin. In July 2014, then-President Barack Obama expanded the Civil Rights Act to include LGBTQ+ community members from being discriminated against for both sexual orientation and gender identity.

The Supreme Court is expected to make a final decision before the term wraps up for the Summer in June of next year, although they have not provided an exact date for when that might be.

This case comes four years after a Colorado baker was brought before the Supreme Court for turning away a gay couple who requested a wedding cake. While the court did rule in favor of the baker, they did not make a decision on a crucial element of the case: whether the First Amendment protects businesses for violating anti-discrimination laws based on religious convictions.