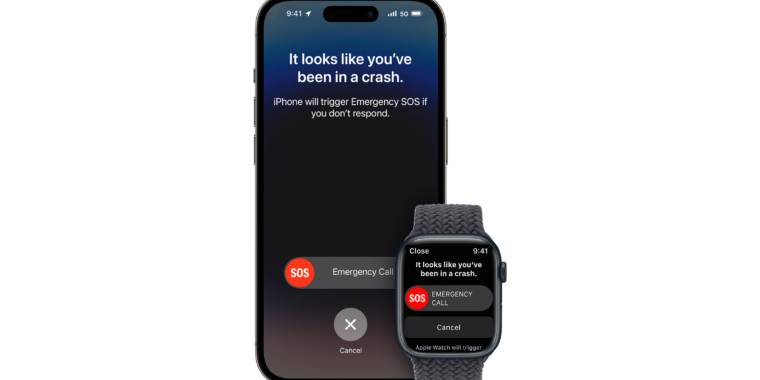 Apple released a minor software update for iPhones today. Unlike many of its other iOS updates, the new iOS 16.1.2 was not released in tandem with updates to Apple’s other operating systems like macOS or watchOS.

iOS 16.1.2 primarily does two things, per Apple’s release notes: it improves compatibility with unspecified wireless carriers, and it optimizes the Crash Detection feature on the iPhone 14, iPhone 14 Plus, iPhone 14 Pro, and iPhone 14 Pro Max.

Apple hasn’t gone into detail about what kinds of optimizations we’re talking about. Crash Detection is a newly introduced feature that can notify emergency services when the phone’s internal sensors have detected that you’ve been in an automobile accident. Apple developed algorithms that look at a variety of data from the phone’s sensors (such as the accelerometer and G-force sensors) and other factors like microphone activity to attempt to accurately detect crashes.

Some users have complained that non-car-crash scenarios—specifically, rollercoaster rides at amusement parks—trigger the algorithm. But it’s not clear whether the optimizations in iOS 16.1.2 address those issues or if they are simply meant to refine the algorithm in other scenarios.

The next iOS update is expected to be much more significant. iOS 16.2 will implement sports scores with Live Activities, allowing users to see live score updates for certain sports games either on the lock screen or in the iPhone 14 Pro’s Dynamic Island. It will also include Apple’s new Freeform visual note-taking app, lock screen widgets for sleep and medication tracking, additional always-on lock screen customizations for the iPhone 14 Pro, and support for 5G in India.

That update is likely to land sometime in December. In the meantime, here are Apple’s brief release notes for 16.1.2:

This update provides important security updates and the following enhancements for your iPhone: