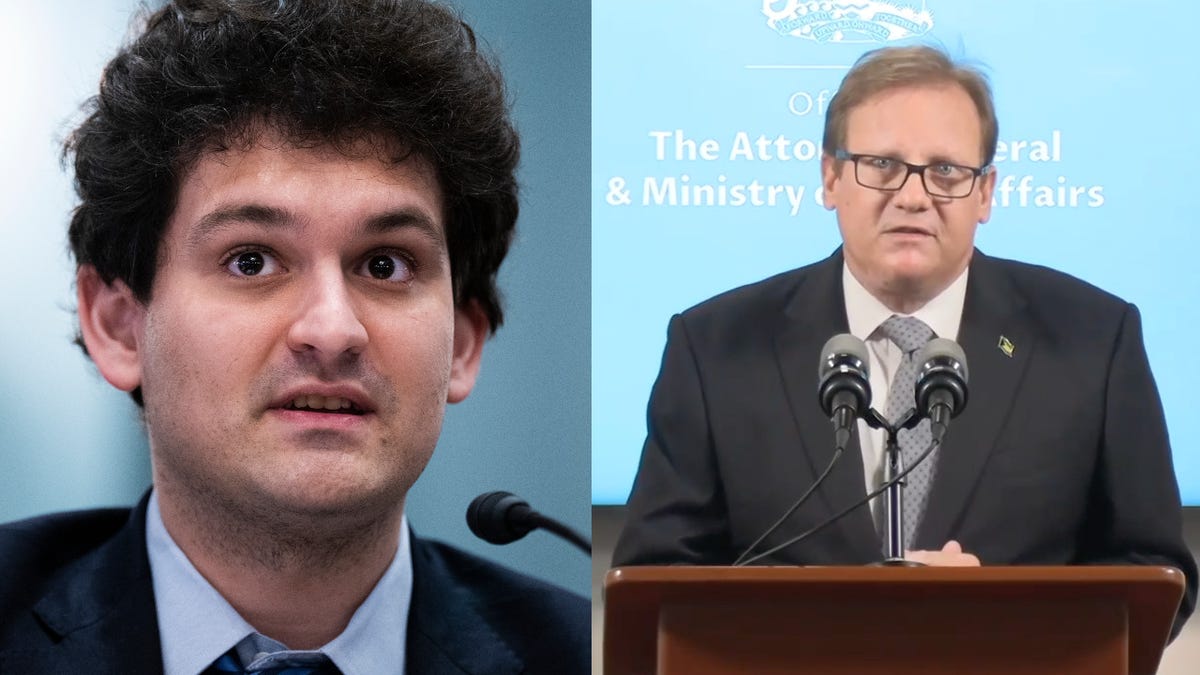 The Attorney General of the Bahamas, L. Ryan Pinder, released a video statement on Sunday night about the investigation into crypto platform FTX, which was based in the Bahamas before it imploded earlier this month, taking billions of dollars with it. And at least one thing is clear: Pinder knows investors in FTX think the government in the Bahamas didn’t do its job.

Pinder was incredibly defensive in the new video, insisting the Bahamas is a jurisdiction of laws and that other countries have also seen crypto companies fail in spectacular fashion lately. But Pinder didn’t tip his hand about what might happen to Sam Bankman-Fried, the FTX founder commonly known as SBF, who’s reportedly still living in the island nation.

“The Bahamas is a place of laws. The rule of law and the exercise of due process characterize the integrity of our jurisdiction,” Pinder said opening his 23-minute video, which was streamed on Facebook.

The Bahamas is infamous as a tax haven for the ultra-wealthy from around the world and has been actively courting crypto companies in recent years to set up shop in the former British colony.

FTX filed for bankruptcy over two weeks ago, but many in the crypto world are wondering why Sam Bankman-Fried is still living as a free man in the Bahamas. Bankman-Fried reportedly was using customer deposits from FTX to gamble at his hedge fund Alameda Research, apparently losing billions of dollars in the process. Bankman-Fried has more or less admitted to the behavior in media interviews and tweets, though the exact amounts and where all that money went are still unanswered questions.

Pinder was quick to note during his video stream that Alameda Research wasn’t regulated in the Bahamas, unlike FTX which was registered to do business there. Pinder also praised the Bahamas Securities Commission for moving “swiftly” to suspend FTX’s business license and appoint liquidators in the company, which was only recently valued at $32 billion.

“The Commission was the first regulator in the world to take significant steps with respect to the FTX group of companies,” Pinder said, referring to the seizure of cryptocurrencies held by FTX.

But Pinder said the “basic facts” of the case have been “obscured by guessing games and rumors.” Pinder kept insisting that his office is in the “early stages” of its “very complex” investigation into FTX.

“We understand the enormous interest in this story, but as a government we decided right away that what was most important was not to engage in speculation or gossip, but instead to proceed methodically and deliberately in accordance with the exercise of due process and the rule of law,” Pinder said.

Pinder characterized the cryptocurrency industry as simply a new frontier that was bound to experience difficulties in its early years. But with billions of very real dollars missing, it’s tough to find much sympathy among FTX depositors who thought they were investing in a safe platform. FTX even bought TV ads during the Super Bowl featuring Larry David, leading even more people to believe the company was a safe place to park their money.

“There is still no agreed upon standards globally,” Pinder noted for the crypto industry. “Regulators from around the world are still grappling with how to regulate digital assets.”

Pinder repeatedly said that FTX was operating in plenty of other jurisdictions, trying to suggest that other governments around the world should have been keeping an eye on things before FTX filed for bankruptcy.

“Any attempt to lay the entirety of this debacle at the feet of the Bahamas because FTX is headquartered here would be a gross oversimplification of reality,” Pinder said.

In fact, Pinder spent the vast majority of his time on Sunday night insisting that the Bahamas is a reputable place to do business, with a strong legal framework to deal with bad actors. But it all sounded a bit like someone insisting just how honest they are when you didn’t really ask. Honest people generally don’t spend all day insisting they never tell lies.

“We have been shocked at the ignorance of those who assert FTX came to the Bahamas because they did not want to commit to regulatory scrutiny. In fact, the world is full of countries which there is no legislative regulatory authority over the crypto and digital asset business,” Pinder said, clearly getting worked up.

Attorney General Pinder may as well have worn a shirt reading, “the Bahamas is not involved in crypto laundering,” a move sure to generate questions already answered by his shirt.