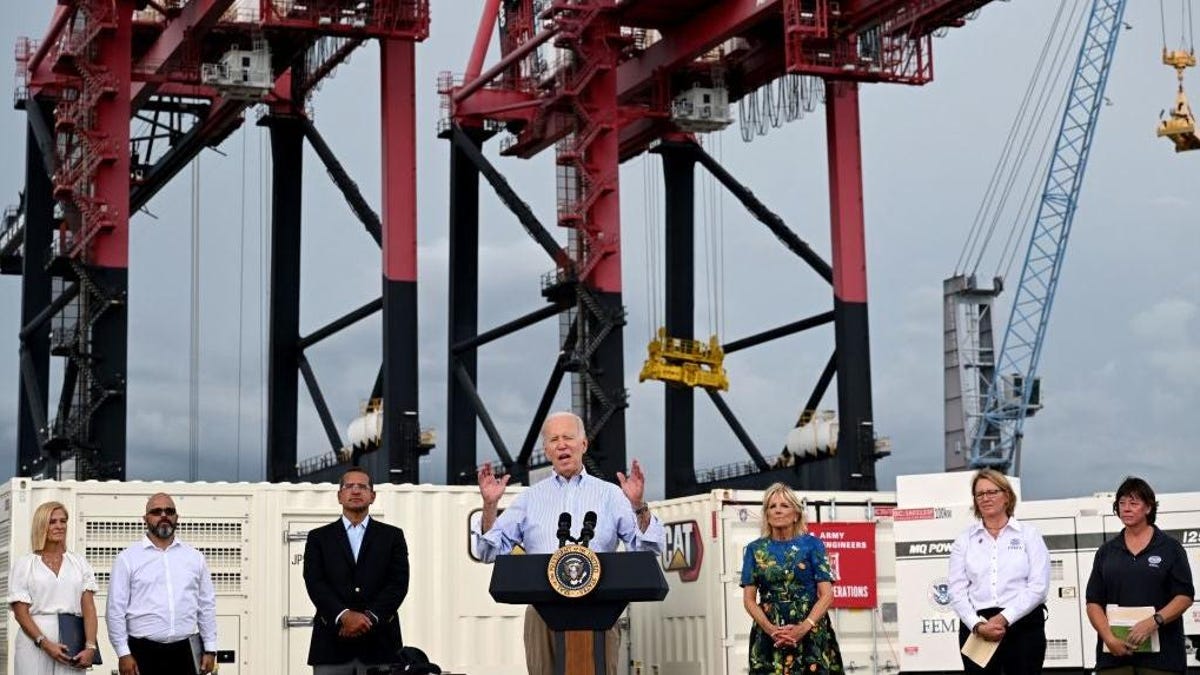 President Joe Biden visited Puerto Rico on Monday to survey the damage caused by Hurricane Fiona last month. During a speech in the city of Ponce, Biden promised an additional $60 million in funding to help the island “rebuild it all,” on top of billions of dollars already set aside for the island’s recovery from hurricanes Irma and Maria.

“Rebuild it in a resilient way so you don’t—when the storms come again, which they will, they’re not having the damage they caused before,” he said. “Puerto Rico is a strong place, and Puerto Ricans are strong people. But even so, you have had to bear so much and more than need be, and you haven’t gotten the help in a timely way.”

In his speech, Biden also announced the Puerto Rican Grid Recovery and Modernization team, to be led by Secretary of Energy Jennifer Granholm. The team will not only work on repairing the island’s faulty grid as soon as possible but also spur the transition to renewable energy. Currently only 3% of the island’s power comes from renewable sources. The rest is from petroleum, natural gas, and the island’s single coal-fired power plant, according to the U.S. Energy Information Administration.

Biden promised $60 million to help with the necessary reconstruction. The funding is coming from the 2021 bipartisan infrastructure law to help strengthen flood walls and improve warning systems for future storms that will affect the island. Biden also said that Puerto Rico was finally going to see “every single dollar promised” after Hurricane Maria, along with the new funding he announced this week.

There was $2 billion pledged to Puerto Rico from FEMA back in 2018. The U.S. Department of Housing and Urban Development also approved $20 billion for the island’s recovery after Hurricane Maria, but the Trump administration stalled the aid, citing political corruption in Puerto Rico. The previous administration also put restrictions on that funding, saying that the island had to submit budget plans to the mandated fiscal control board. But in 2021, the Biden administration began to remove those restrictions, freeing up billions for infrastructural improvement, The Hill reported. This included unlocking access to more than $8 billion in funding that was also promised to Puerto Rico in 2018 to support future resilience.

Hurricane Fiona caused significant damage to Puerto Rico’s infrastructure when it hit the island last month. Homes, vehicles, and roads were washed away by the torrential rains and widespread flooding. Officials have estimated that Fiona caused about $3 billion in damages, but that number could change over time, the Associated Press reported. The storm knocked out power for the entire island the weekend it made landfall in Puerto Rico, and more than 100,000 customers on the island are still without power today, according to PowerOutage.us. Many communities are still experiencing water outages or low water pressure in their homes.

The damage from Fiona has been amplified by the fact that Puerto Rico has never fully recovered from Hurricane Maria. That storm caused the longest blackout in U.S. history and the second longest in the world. A combination of weak energy infrastructure and high rates of poverty throughout the island made Puerto Rico especially vulnerable to the storm. During his remarks, Biden acknowledged that Puerto Rico was not adequately helped in the aftermath of Hurricane Maria and promised to continue supporting the island’s people and local government for better climate resilience.

Biden’s trip had a slightly different tone than the one former President Trump took during his visit after Hurricane Maria. He infamously threw paper towel rolls to a crowd of people in need of aid and told people who had waited in line to receive food to “have a good time.”