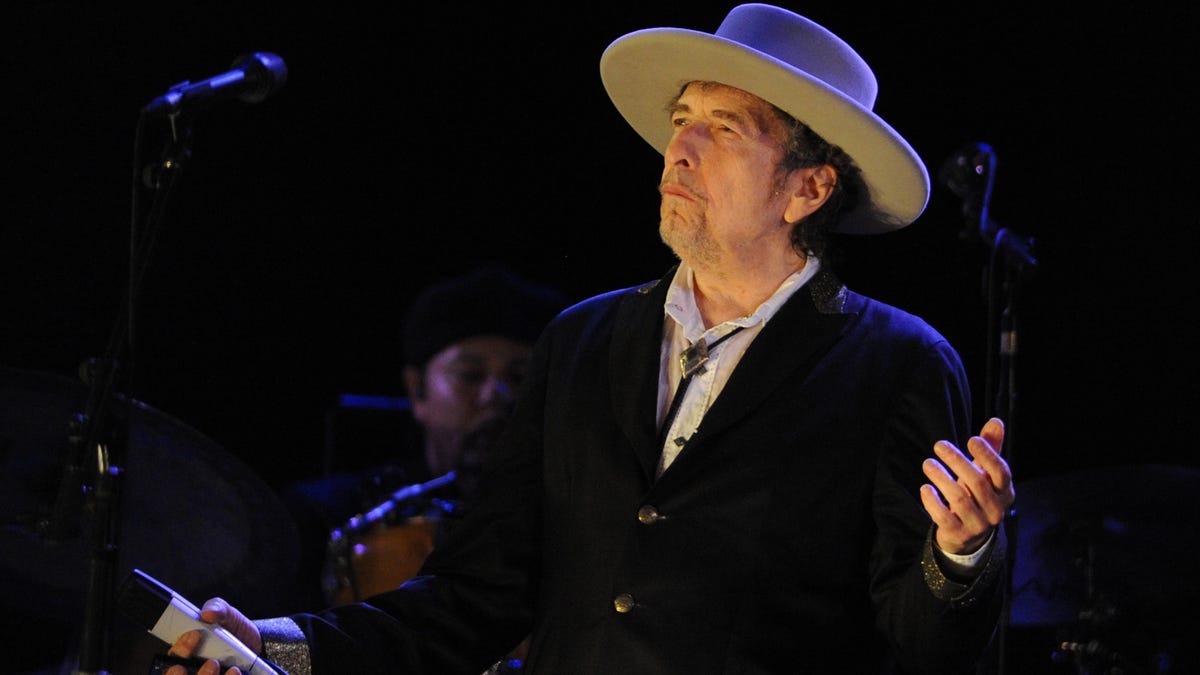 Americana legend and 10-time Grammy award winner Bob Dylan, who famously couldn’t be bothered to issue a statement after becoming the first musician to win a Nobel prize, issued an exceptionally rare apology this week for using a machine to automatically duplicate his signature.

The machine-generated signatures appeared on limited purchases of Dylan’s new book, The Philosophy of Modern Song. Fans, according to CNN, reportedly forked over $599 to obtain one of 900 copies of the book which were supposed to ship with a “hand signed” signature from the living legend. Instead, when they received their copies, frustrated fans posted copies of the signatures online and noticed the supposedly handwritten signatures looked awfully similar.

Growing fan backlash over the eerily similar signatures forced the book’s publisher, Simon & Schuster, to release a statement admitting the autographs weren’t exactly as genuine as purchasers were led to believe.

“As it turners out, the limited edition books do contain Bob’s original signature, but in a penned replica form,” the publisher wrote on Twitter. “We are addressing this immediately by providing each purchaser with an immediate refund.”

That apology didn’t assuage some purchasers who felt misled by both Simon & Schuster and Dylan himself, for persuading them to drop nearly $600 on unclear terms. One user responding to the publisher’s tweet shared an image of a certification document accompanying one the books which assured readers they possessed, “something very special.”

Then, around one week after the controversy began, Dylan issued his own rare public Facebook statement acknowledging the fiasco.

“To my fans and followers,” Dylan wrote. “I’ve been made aware that there’s some controversy about signatures on some of my recent artwork prints and on a limited-edition of Philosophy Of Modern Song.” Dylan went on to say that while he had previously hand signed every one of his prints over the years, he began requiring assistance in 2019 due to bouts of “vertigo.”

At first, Dylan says that aid came in the form of five assistants working in close quarters to assist with the singing sessions. Those sessions, Dylan claims, were rendered impossible due to the pandemic and social distancing guidelines. That’s where the so-called “auto-pen” comes in.

“So, during the pandemic, it was impossible to sign anything and the vertigo didn’t help,” Dylan said. “With contractual deadlines looming, the idea of using an auto-pen was suggested to me, along with the assurance that this kind of thing is done ‘all the time’ in the art and literary worlds.”

By auto-pen, Dylan’s referring to a type of automated signature technology that’s existed, in various forms, for a very long time. Typically these machines are able to make a copy of the original writer’s signature and replicate it using a variety of writing instruments. Though several companies make automated signature machines, “Autopen” in particular refers to this specific device invented by the DAMILIC Corporation dating back 60 years. Earlier predecessors to the modern autopen were utilized by prominent 19th century diplomats, including U.S. President Thomas Jefferson. The technology’s use has only expanded since and has reportedly been used by both Barack Obama and George W. Bush, in some cases, to sign legislation.

Though Autopen and its related clones are useful tools for celebrities looking to avoid spending days locked in a room banging out signatures, they are despised in the collector community for complicating and devaluing supposedly authentic artist signatures. And when it comes to Herculean stars like Dylan, those signatures can break the bank. Authentic Dylan signatures on art prints, The Guardian notes, can currently sell for around $14,000. Autograph Live, a site that tracks the authenticity of celebrity signatures, estimates Simon & Schuster may use a total of 17 different templates for the Dylan Autopen signatures.

The recent Autopen revelation has led some, like UK retailer Castle Fine Art, to question the authenticity of their own Dylan signatures. In a statement viewed by Variety, Castle Fine Art said two its its batches of Dylan signed prints were signed using an autopen.

“We were informed very recently that during the Covid 19 pandemic Bob Dylan used an autopen to sign several of his print editions, rather than his usual hand signature,” Castle Fine Art said. “We were entirely unaware of autopen on these prints; nevertheless, we sincerely apologize for this very regrettable situation and want to make matters right.” Like Simon & Schuster, Castle Art said it would offer purchasers a full refund.