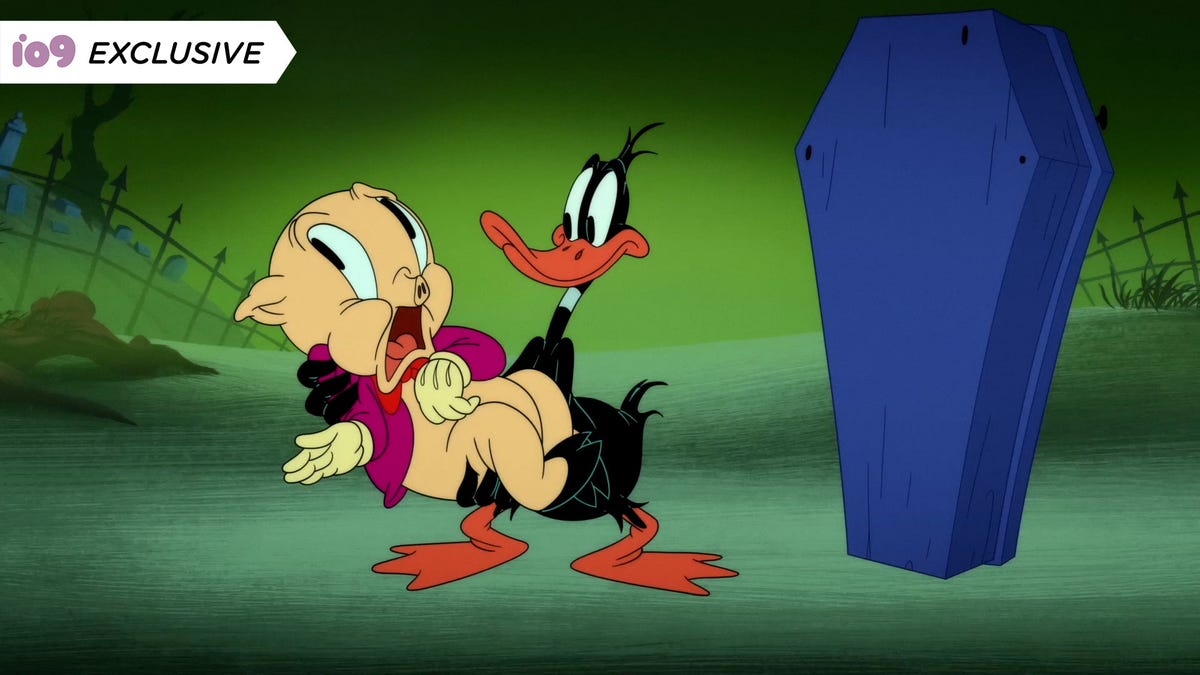 Daffy Duck and Porky Pig take center stage in “Graveyard Goofs,” a Looney Tunes short which is a part of HBO Max’s Bugs Bunny’s Howl-O-Skreem Spooktacular. The iconic duo totally has everything under control in an io9 exclusive clip shared with us from Warner Bros. Animation.

This is just one among the hootenanny of Halloween hijinks in the Looney Tunes Cartoons half-hour special, which will be released on September 29. Here’s the spooky clip:

With Porky and Daffy, you know things won’t go as planned—but as you can see in the clip, it’s so far pretty harmless fun at their expense for messing with the dead, even if they’re friends. Though, if you’ve been watching the new batches of Looney Tunes shorts you know things can from escalate from cute to bonkers and brutal real quick. That’s what’s been great about these recent cartoons from executive producer Pete Browngardt (Uncle Grandpa) and Sam Register (Teen Titans Go!)—they found that sweet spot with melding chaotic comedy into horror with punchlines that really punch.

They’ve also just got such a killer voice cast involved including Eric Bauza (Bugs Bunny, Daffy Duck, Tweety, Marvin the Martian), Bob Bergen (Porky Pig), Jeff Bergman (Elmer Fudd, Sylvester), Fred Tatasciore (Yosemite Sam), and Candi Milo (Witch Hazel, Granny), and Michael Ruocco (Beaky Buzzard). Side note, we also hope to see this team’s work on their planned sci-fi feature The Day the Earth Blew Up, which screened animatics at the Ottawa International Animation Festival and is still being shopped around (head to The Wrap to see a clip from that one).

A highlight of Bugs Bunny’s Howl-O-Skreem Spooktacular’s pumpkin batch is the Bugs Bunny meets a Mummy short, which is one that’s previously been released but skews more horror than a run-of-the mill-Looney Tunes short, and that’s saying something. I’ve recommended it to my horror-loving friends who love animation because it’s grotesque and shocking to the point you’ll go from laughing at the expected, to stunned, to nervously laughing at the sheer audacity.

The Spooktacula will also feature a new short starring Witch Hazel in her Looney Tunes Cartoons revival debut. We got to preview it at SDCC earlier this summer and are so excited to for its throwback Chuck Jones style. And there will also be a short centered on Sylvester finding a suspicious motel (that we hope has a monster suprise). I think this Halloween medley is going to be a blast.