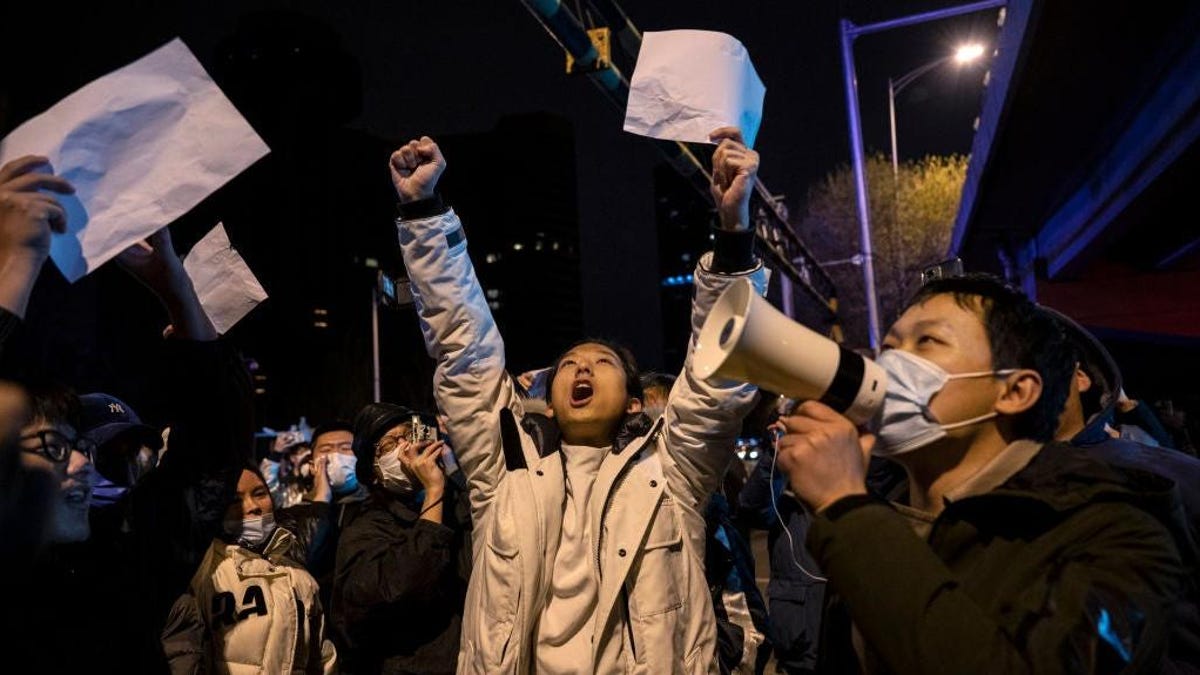 Chinese officials will begin cracking down on internet users liking social media posts that are deemed illegal or harmful amidst nationwide protests against China’s zero-Covid policy.

The Cyberspace Administration of China (CAC) announced a new set of guidelines on social media set to take effect on December 15 that take aim at likes in addition to comments and posts, according to CNN. The CAC is operated by the Central Cyberspace Affairs Commission chaired by China’s president, Xi Jinping.

The new regulation stipulates that Chinese social media sites verify the real identities of all users and score them based on likes and comments, with low-scoring users dubbed “dishonest” and placed on blocklists.

Protests broke out over the weekend after 10 people died in an apartment fire that took responders three hours to put out. Local officials have said the fire was caused by a faulty power strip and denied the Covid-19 lockdown caused the deaths, but citizens remain convinced the strict lockdowns delayed the response and prevented residents from escaping the blaze.

Protestors have been one step ahead of censors, sending content including photos and videos to third parties based outside the country which can later be reuploaded on social media in China. The widely shared videos have attracted more protestors, leading the Chinese government to find ways to circumvent the outpouring of support by pushing back against the Draconian zero-Covid policy.

The fire ignited citizens around the country who began protesting outside government offices and in main public areas, and posting videos of the protests online. This is one of very few widespread protests in China since Tiananmen Square over two decades ago, and the Chinese government is working from the same playbook by arresting citizens and focusing on those deemed instigators or leaders of the movement and furthered their efforts by monitoring social media platforms.“Liking something that is illegal shows that there is popular support for the issue being raised. Too many likes ‘can start a prairie fire,’” David Zweig, professor emeritus at the Hong Kong University of Science and Technology, told CNN.

A former censor and internet control expert, who asked to remain unnamed, told The New York Times that if China wanted to completely moderate the content, it would need to hire 10 times the number of staff they currently have and develop smarter algorithms, which would be a costly expense.

“The authorities are very concerned with the spreading protest activities, and an important means of control is to stop the communications of the potential protesters including reports of protest activities and appeals of joining them,” Joseph Cheng, a retired professor of political science at the City University of Hong Kong, told CNN.

Isaac Stone Fish, the founder and CEO of Strategy Risks, a China risk consultancy firm, told CNN that policing social media within China is likely to become more aggressive as the protests expand across the country.

But despite authorities’ best efforts to crack down on social media content, Cheng said, “It is almost impossible to stop the spread of protest activities as the dissatisfaction continues to spread,” adding, “The angry people can come up with all sorts of ways to communicate and express their feelings.”