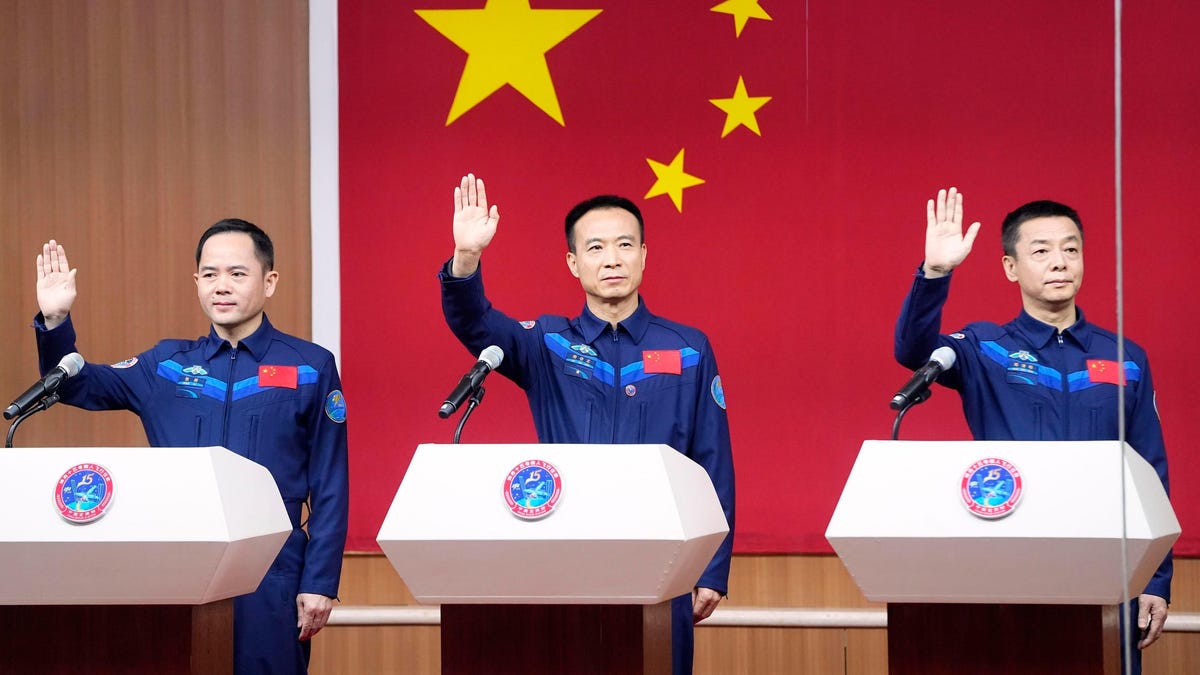 China sent a new crew to its brand new Tiangong space station on Tuesday. The astronauts will spend around six months aboard the orbital outpost, preparing it for operations.

Update 10:20 a.m. ET: China launched its Shenzhou-15 crew at 10:08 a.m. ET on Tuesday, with the three astronauts expected to dock with the Tiangong space station about six hours after launch.

The three-astronaut crew will launch on board a Long March 2F rocket on Tuesday at 10:08 a.m. ET from China’s Jiuquan Satellite Launch Center. The launch will be broadcast live, with Chinese broadcaster CCTV airing the launch through its YouTube Channel. More conveniently, you can tune in live to the launch through the feed below.

China revealed the astronauts that will be taking off to the space station at a press conference on Monday. The Shenzhou-15 crew consists of Commander Fei Junlong and crewmates Deng Qingming and Zhang Lu, Space.com reported.

The trio will spend about six months on board the Tiangong space station, briefly overlapping with their predecessors. The Shenzhou-14 crew arrived at the space station in June, and are expected to make their return to Earth within the next few days.

Although their time together on the space station will be brief, it will mark the first crew handover for the Chinese space station. The Tiangong space station is China’s answer to the International Space Station, and is designed to host astronauts as they conduct experiments and research in the orbiting lab.

In October, China launched the third and final module of Tiangong, completing the T-shaped structure of its three-module space station in low Earth orbit. China is hoping to keep a constant flow of astronauts on board Tiangong, and to begin operations of the space station by the end of the year.