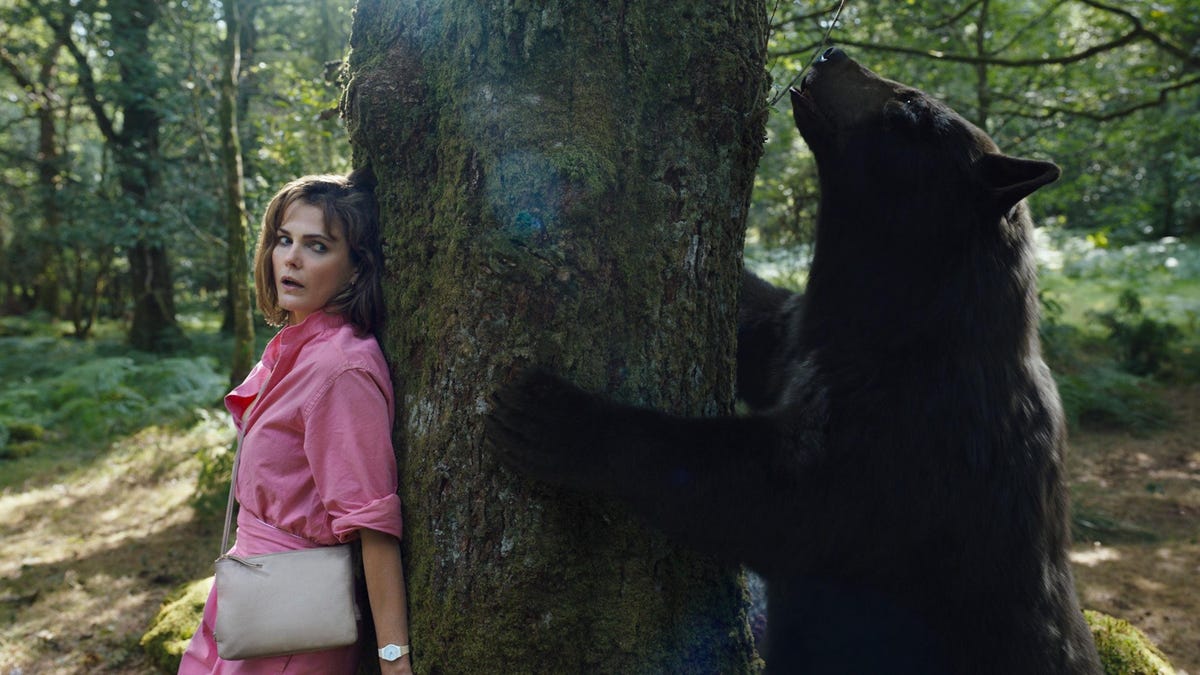 You can look at the words “Cocaine Bear” and think you know what they mean. But until you’ve seen those words through the eyes of director Elizabeth Banks, you won’t truly be prepared for what they actually entail.

Cocaine Bear is the title of a dark comedy from the Pitch Perfect 2 director that’s coming to theaters February 24. It is, in fact, about a bear that does cocaine—more specifically, it’s based on the true story of a real bear that gobbled up tons of drugs after encountering the aftermath of drug runner’s plane crash. But what would those drugs do to a bear? Could they just kill it? Would the bear get angry? Would it start talking and running after ambulances, flying through the air in slow motion? Who is to say? Find out for yourself in the absolutely bonkers trailer for Cocaine Bear.

Now, you may not be surprised to learn that despite Banks directing here, the film is produced by Phil Lord and Chris Miller, the mad geniuses behind The Lego Movie, Spider-Man: Into the Spider-Verse and much, much more. That also might be why there’s a scene of Han Solo himself, Alden Ehrenreich, screaming at the top of his lungs about cocaine. (Lord and Miller cast the actor as Han when they were attached to direct Solo, don’t forget.)

Beyond that, the cast here is just awesome. Keri Russell is the main star, but then there’s also O’Shea Jackson Jr., Jesse Tyler Ferguson, Isiah Whitlock Jr., Margo Martindale, the late great Ray Liotta, and even some recognizable kids like Sweet Tooth himself, Christian Convery-Jennings, and Brooklynn Prince. All the stars are out to see what happens when Hollywood takes the seemingly serious story of a bear doing cocaine and flips it into a surreal, adrenaline-fueled roller coaster ride. It hits theaters on February 24.