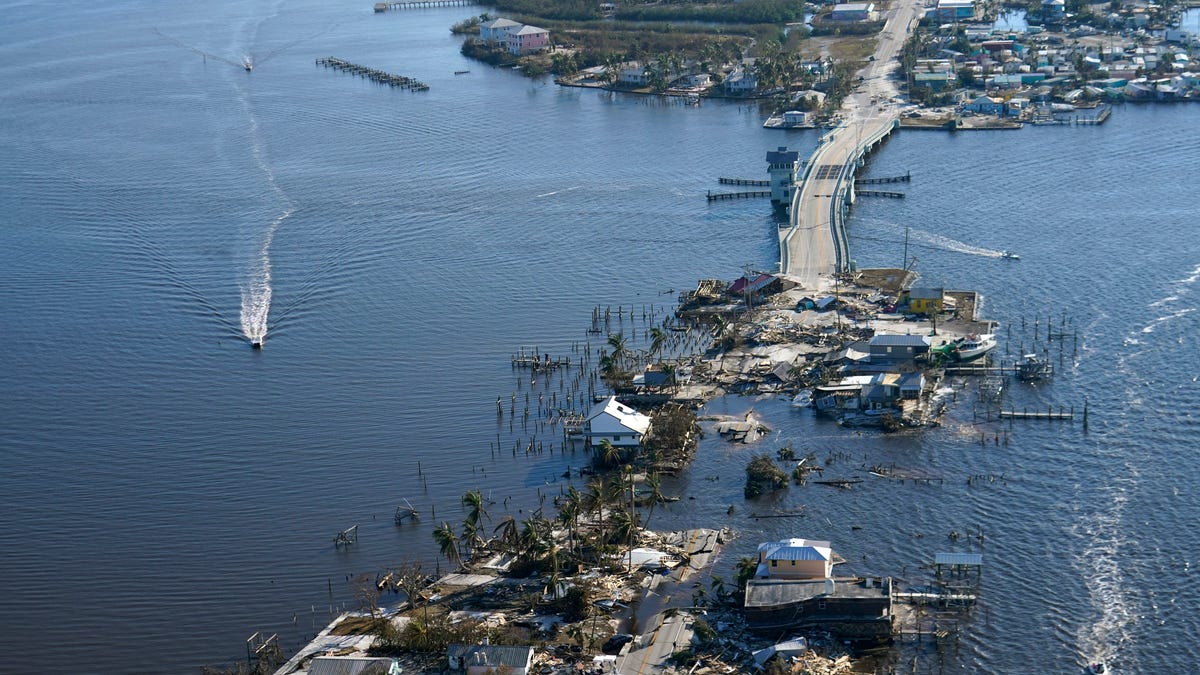 Hurricane Ian has killed dozens of people. Though the full toll of the storm remains unclear, most deaths have been reported in Lee County, Florida, where Ian made landfall last Wednesday as a powerful Category 4 storm. Reuters reported Monday morning that at least 85 are dead, with 81 of the fatalities in Florida and more than 40 of those in Lee County. Other outlets, including the New York Times and NBC News, also placed the total count so far over 80.

However, the Associated Press put the official number of confirmed dead lower, with 68 total—61 in Florida, four in North Carolina where Ian made landfall on Friday, and three in Cuba. Regardless of the currently reported numbers, the death toll is projected to change over time as more clarity comes from local authorities and as search and rescue efforts continue.

On Sanibel Island, Pine Island, Fort Myers Beach, and in other hard-hit areas of southwestern coastal Florida, emergency workers are still going door to door to ensure they locate as many people as possible, according to another report from the New York Times. Efforts include tasks like knocking loudly on building elevators to ensure nobody is stuck inside and searching through rubble and debris.

More than 1,600 people had reportedly been found alive and rescued by emergency crews as of Sunday. Some people have become desperate enough from lack of food and other supplies to mount an exodus on foot.

Yet others are resisting rescue, opting instead to remain in communities cut off from services and battered by the storm. On Sanibel, where the only route to the mainland—the island’s causeway—has been destroyed, about a hundred people (out of 6,500 year-round residents) were still choosing to stay, according to the Washington Post. In addition to no road connectivity, much of Sanibel is also without electricity and potable water.

In total, more than 600,000 customers in Florida remain without electricity. Full grid recovery could take a month, according to a report from Bloomberg. And though taps may be flowing in most regions, lots of places have been left without water that’s safe to drink. 25 Florida counties are under active boil water notices in the aftermath of Ian due to damaged pumps and other infrastructure issues.

Though in other ways, far too much water remains a major concern. Streets and homes are still flooded across the state, and in some areas of Central Florida, flood waters have continued to rise due to a combination of saturated soil and swollen waterways shifting the inundation downstream. The storm dumped nearly 2 feet of rain in some parts of the state.

Using peer-reviewed techniques, scientists have attributed at least 10% of Hurricane Ian’s precipitation to climate change, in an analysis from Stony Brook University and the Lawrence Berkeley National Lab. To come to that 10% figure, the researchers relied on previously published and vetted models to assess how the storm might have looked without the added warming from human’s greenhouse gas emissions. “These are conservative estimates,” Michael Wehner, a climate scientist involved in the analysis, wrote in a tweet.

Although research has found that warming temperatures seem to be leading to fewer Atlantic tropical cyclones overall, human-caused climate change may be intensifying the ones that do occur. Past research has demonstrated that hurricanes are wetter because of climate change and that the most extreme storms may become more common.

With maximum wind speeds of 155 mph at first landfall, Hurricane Ian is the fourth strongest storm on record to ever hit the mainland United States. Since 2017, more Category 4 or 5 hurricanes have hit the U.S. than in any previous six-year period on record.