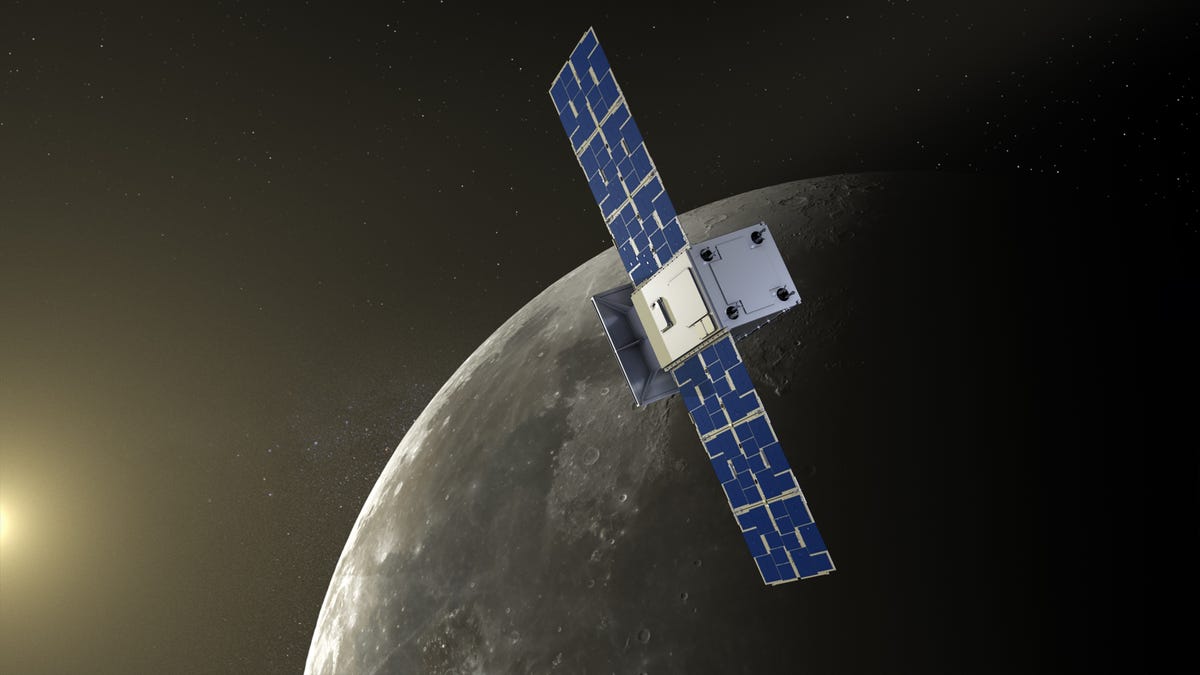 We’ve got some good news to start the weekend: A recovery team has regained control of NASA’s CAPSTONE probe, which is in the midst of a four-month journey to an elliptical halo orbit around the Moon.

The recovery team traced the problem to a partially opened valve on one of CAPSTONE’s eight thrusters, according to an Advanced Space press release. The requisite fix was transmitted to the spacecraft yesterday and executed this morning to positive results. The probe remains on track as it heads to its operational orbit around the Moon.

CAPSTONE, short for Cislunar Autonomous Positioning System Technology Operations and Navigation Experiment, ran into difficulties following its third course correction maneuver on September 8. The 55-pound (25-kilogram) satellite lost full three-axis control and entered into a troubling tumble. A recovery team led by Advanced Space, which owns and operates CAPSTONE on behalf of NASA, scrambled to regain control of the $33 million cubesat. The probe’s propellant and propulsion system remained in a manageable state, but CAPSTONE couldn’t orient its solar panels to draw the full amount of required energy.

Launched on June 28, the cubesat is on a precursor mission for NASA’s Artemis program, which seeks a sustainable return to the Moon. To support Artemis crews, NASA and its international partners are planning to build a space station, called Gateway, in a gravitationally stable orbit known as a near-rectilinear halo orbit (NRHO). No spacecraft has ever worked in NRHO, hence the need for a scouting mission.

As Advanced Space writes in its press release, the partially open valve produced thrust in its associated thruster whenever the propulsion system was pressurized. To remedy the problem, the recovery team “conducted multiple tests on the vehicle and evaluated extensive telemetry and simulation data and then formulated a plan for attempting recovery of the vehicle’s full 3-axis control.” This recovery sequence was uploaded to the probe on Thursday and executed this morning. Advanced Space performs its joint operations with teams at Terran Orbital, which designed and built CAPSTONE.

The initial results are promising, with the new telemetry and observational data pointing to a “successful recovery of the system,” writes Advanced Space. The probe has regained three-axis control and its orientation has been corrected such that its downlink antennas are now in an ideal position for transmitting signals back to Earth. Crucially, the probe’s solar panels are now gathering energy from the Sun. “This is a major accomplishment for the mission team and positions the mission well for upcoming critical activities and arrival at the Moon,” says Advanced Space.

The company will keep a close watch on the probe in the coming days to make sure it’s truly okay. Engineers will also evaluate possible changes to operating procedures in the event of a recurrence. CAPSTONE remains on track to enter into the near-rectilinear halo orbit on November 13, with four more course correction maneuvers still required.