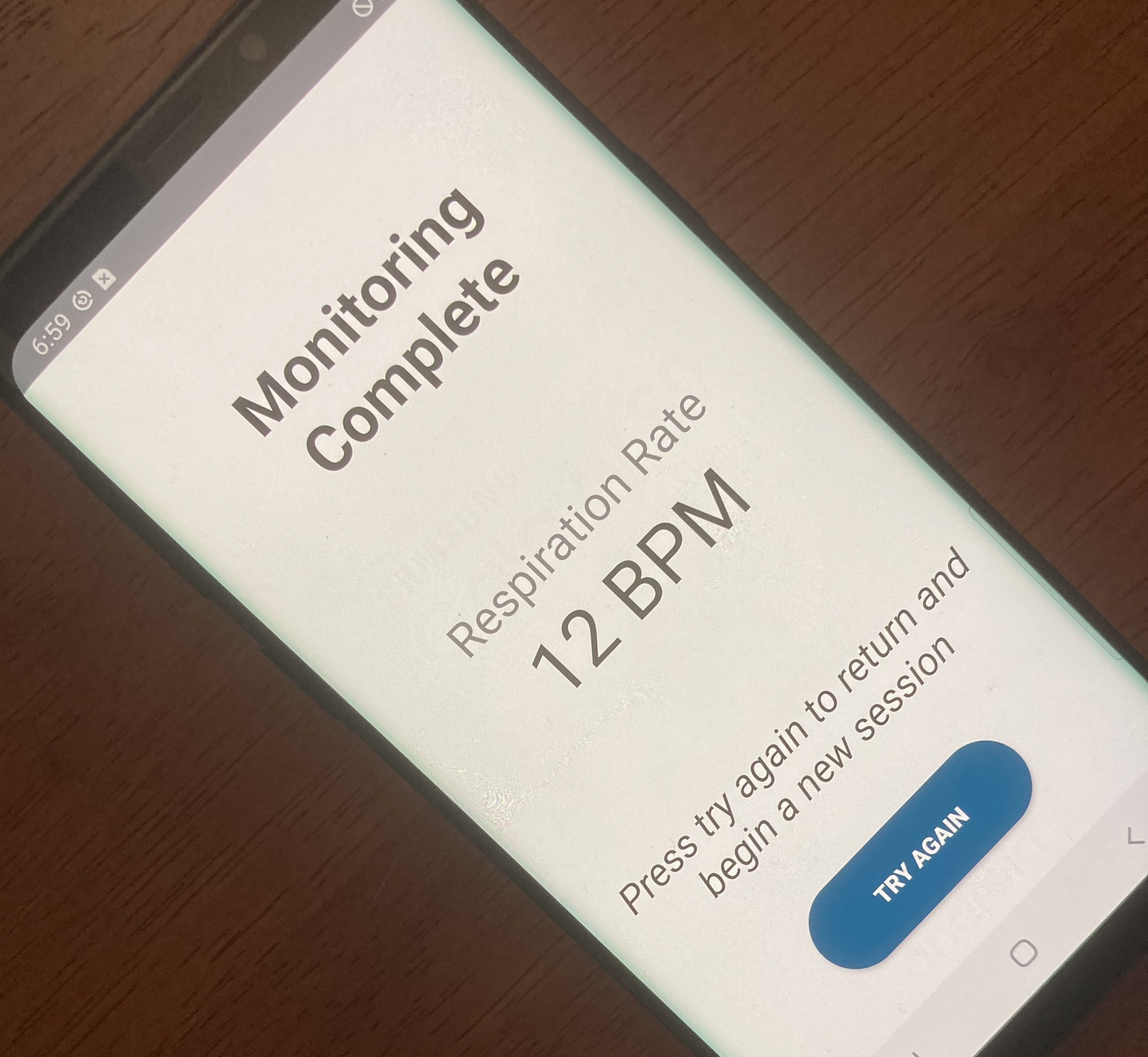 Sound Life Sciences has clearance from the U.S. Food and Drug Administration to market its app to monitor breathing, the University of Washington spinout announced Thursday.

The app is based on sonar technology to detect movement. A phone or speaker placed near a patient emits inaudible sound waves that bounce back to the device’s microphone, and the company’s software decodes the data.

“This is a really great validation of the technology. With the FDA, there’s almost not a higher bar to clear as far as reliability and safety,” said chief medical officer Jacob Sunshine, a UW associate professor of anesthesiology and pain medicine, in an interview with GeekWire.

The app will enable people with conditions such as asthma or congestive heart failure, or patients recovering from certain surgeries, to keep track of their respiratory rate. The company is now gearing up its marketing team to partner with remote monitoring and other companies to make the prescription-only app available.

Future versions of the tool may provide additional functionality such as alerting a caregiver. “This is basically that first clearance from which we’ll build more exciting use cases,” said Sunshine. The company envisions uses such as infant monitoring and identifying cardiac arrest. Such improvements would likely require additional regulatory approval.

The app is “contactless,” whereas current options for monitoring breathing use some kind of hardware, such as electrodes, said Sunshine. As for potential competitors, “there’s not much as far as respiratory monitoring,” said Sunshine. People measuring respiration with the new app need to be fairly still, as with existing devices.

Gollakota, Sunshine and their colleagues also recently published a study on a wearable device to monitor breathing. That device is designed to detect opioid overdoses and inject an antidote, but uses distinct technology and is not being developed by the startup.

The new app got the FDA seal through a 510(k) clearance, showing that it is “substantially equivalent” to another, approved device. The FDA nod also opens the door to reimbursement by insurers.

Sound Life Sciences has been powered by more than $2.5 million in funding from the National Institutes of Health and the Biomedical Advanced Research and Development Authority. It has six employees.

“We’re a small team, but we were able to get an FDA clearance and usually that takes a lot more people,” said Sunshine. “We’ve been really focused.”

You'll Have to Wait a Little While Longer for Wolf Pack and Teen Wolf: The Movie

Lala Kent Has a New Man in Her Life Post-Randall Split: ‘I Might Be in Love’

Lagree Method: 8 Things to Know Before Your First Class, According to a Fitness Instructor

Who Was Eugene Landy, the Psychologist Who Almost Ruined Brian Wilson’s Career and Life?