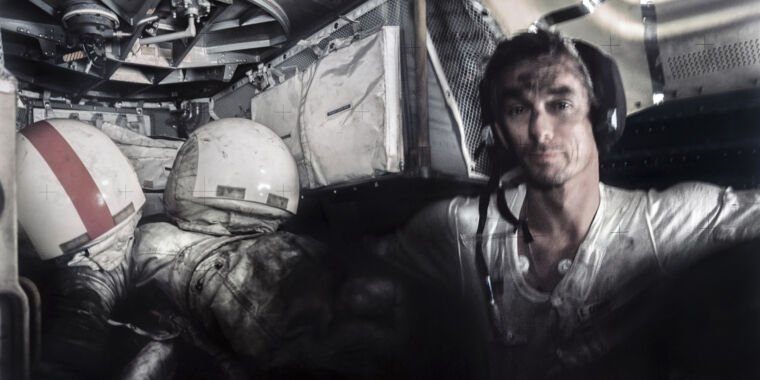 Shortly after midnight, 50 years ago this morning, the Apollo 17 mission lifted off from Florida. With Gene Cernan, Harrison Schmitt, and Ron Evans on board, this was NASA’s sixth and final spaceflight to the lunar surface.

Cernan and Schmitt spent three days on the Moon, setting records for the longest distance traversed in their rover—7.6 km—and the amount of lunar rocks returned. But today, what the mission is perhaps most remembered for is the fact that it was the last time humans landed on the Moon—or even went beyond low Earth orbit.

Memorably, before he boarded the Lunar Module to blast off from the Moon’s surface, Cernan radioed back to Mission Control on Earth. People, he said, would return to the Moon “not too long into the future.” Speaking to him much later in life, it was clear from Cernan’s frustrations that he did not mean decades into the future.

When he died five years ago, at age 82, Cernan remained the last person to walk on the Moon.

Earlier this year, a British photographer named Andy Saunders published a book titled Apollo Remastered, which showcases 400 photos from the Apollo missions to the Moon. Astronauts took about 20,000 images on Hasselblad cameras during the Apollo program. Saunders has used various editing techniques, including stacking images from 16 mm video film, to create much clearer images from these iconic missions than have been seen before. The results are revealing and beautiful.

To mark the historic launch of Apollo 17, Saunders shared eight high-resolution images from his book with Ars, along with captions. You can click on any of the photos to enlarge them.

Harrison Schmitt, dressed in his coveralls, has floated through the tunnel, into the Lunar Module for its checkout. He is pointing the Minolta Space Meter (to assess the lighting for the camera settings) back at Ron Evans, who is in the tunnel. Gene Cernan’s portable life support system backpack is near his right elbow.