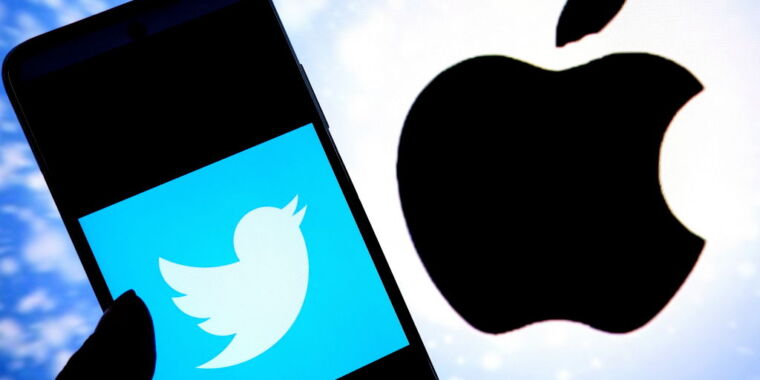 After five people were killed and dozens more were injured in November during a shooting at an LGBTQ+ nightclub in Colorado, Apple made what many would consider a very ordinary business decision to pause ads on Twitter temporarily. Two former Twitter employees told The New York Times that the tech company was protecting its brand by ensuring that Apple ads wouldn’t appear next to news reports of the mass shooting.

But Twitter CEO Elon Musk didn’t seem to connect the dots between the horrific event and Twitter’s biggest advertiser pulling ads from the platform. Instead, Musk sparked a rumor that Apple’s decision was about how Musk moderates Twitter content after he tweeted, “Apple has mostly stopped advertising on Twitter. Do they hate free speech in America?”

Now, Bloomberg reports that Apple has “fully resumed” advertising on Twitter approximately two weeks after the Colorado shooting and days after Musk had a “good conversation” with Apple CEO Tim Cook, according to Musk. According to Reuters, Amazon is also investing big in Twitter advertising—committing $100 million a year—and joining other advertisers seemingly lured by the “biggest advertiser incentive ever” offered on Twitter.

“Just a note to thank advertisers for returning to Twitter,” Musk tweeted Saturday.

This December, Twitter is attempting to win back advertisers by offering incentives like 100 percent matching on any ad spending between $500,000 and $1 million. For any takers, this offer doubles the ad impressions enjoyed by the platform’s biggest advertisers. Similar incentives offering 25 and 50 percent more impressions are being offered to advertisers spending $200,000 and $350,000, respectively.

A New York Times report suggests Twitter had to offer advertiser deals as “massive” as these incentives because during what should have been one of Twitter’s biggest sales events, the World Cup, “ad revenue was running at 80 percent below internal expectations for that week.”

As Twitter failed to hit numbers, former employees told the Times that the company repeatedly adjusted its revenue projections for the final quarter of the year, going from $1.4 billion to $1.1 billion. By the end of October, Twitter had lost more than 1,500 advertisers, the Times reported. Because Apple had been one of Twitter’s most loyal advertisers, already spending $180 million in 2022—which was $30 million more than initially projected—the sudden loss of Apple ads in November seemed to hit Twitter hardest when it was already down.

The Times sources said that to turn the situation around, Musk offered the “massive” incentives but also made other concessions to woo advertisers back. These included heavy discounts on Super Bowl ads and even agreeing that big brands like PepsiCo could withdraw ads “for any reason” so long as they agreed to buy now.

PepsiCo did not immediately respond to Ars’ request for comment.

Not every major brand has been sold on Musk’s deals or the idea that Twitter is a safe place to advertise.

A General Motors spokesperson told the Times that it wasn’t just hate speech keeping some automakers off the platform since Musk took over. Like Apple, GM seems to have stalled ads due to legitimate business concerns. GM is worried about another Musk company, Tesla, benefiting from his ownership of Twitter by accessing data on Tesla competitors like GM.

“It’s important for us to ensure our advertising strategies and data can be safely managed by a platform owned by a competitor,” a GM spokesperson told the Times.

GM did not immediately respond to Ars’ request for comment.