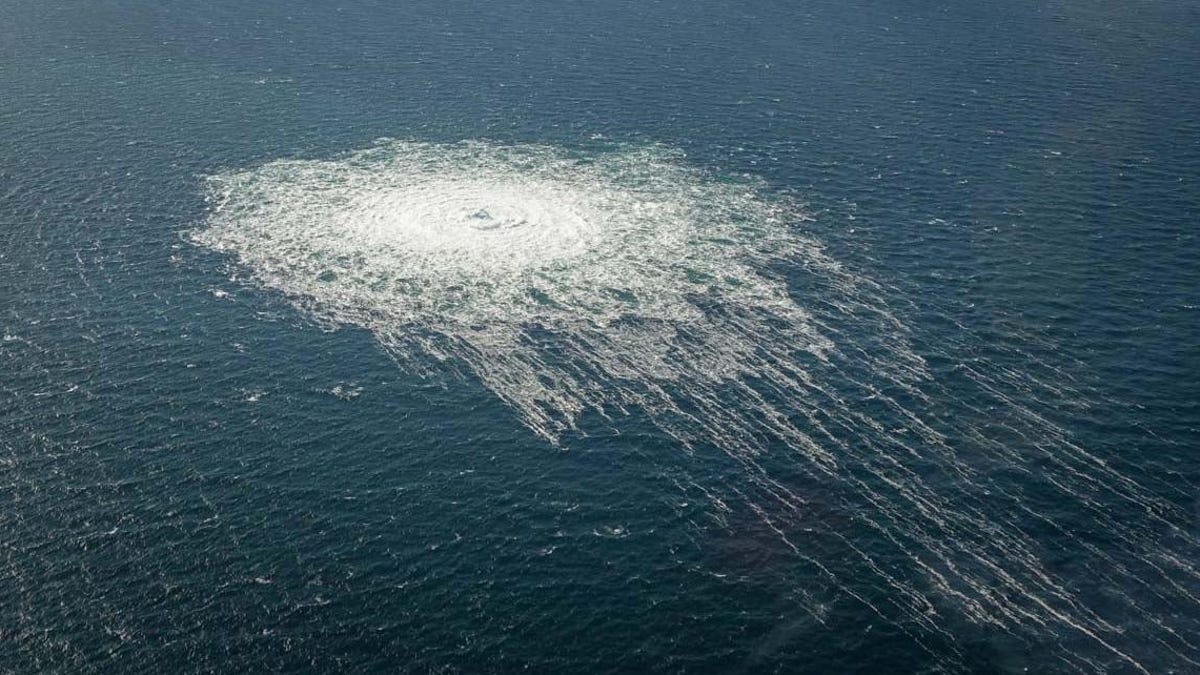 The Nord Stream pipelines—which carry natural gas between Russia and Germany—are leaking, and Germany believes the damage could be an act of sabotage as tensions between Europe and Russia continue.

Nord Stream is a massive pipeline project connecting the natural gas output of Russia to Germany, but a recent episode of leaks have the government of Germany concerned that the pipeline might have been sabotaged. Three leaks were detected in the Baltic Sea to the northeast and south of the Danish island of Bornholm according to a press release by defense officials.

Bloomberg reports that a German security official claims that the leaks were caused by an intentional act as opposed to a technical malfunction. Two explosions were detected by Swedish seismologists on Monday, with one occurring at 2:03 a.m. local time and the other at 7:04 p.m. Seismologist Peter Schmidt with Uppsala University in Sweden told Bloomberg that the explosions matched the coordinates of leaks in the pipeline.

“It’s hard to imagine that these are coincidences,” said Denmark prime minister Mette Frederiksen on Tuesday as quoted by Bloomberg. “We can’t rule out sabotage.”

The pipeline network consists of two pipelines, Nord Stream 1 and Nord Stream 2, that run a collective 2,456 kilometers (1,526 miles) beneath the Baltic Sea. Nord Stream 1 has an annual capacity of 55 billion cubic meters (1.9 trillion cubic feet) of natural gas, while Nord Stream 2 has not yet entered service, but would double this volume. While both pipelines were not flowing when the leaks began, they did contain natural gas, leading to areas of bubbling water in the Baltic Sea. The leaks were first noticed by the Norwegian Armed Forces’ F-16 interceptor response unit.

Previous tensions between Russia and Germany regarding the Nord Stream project include Germany blocking the activation of the Nord Stream 2 pipeline last February amidst the Russian invasion of Ukraine. In July, Gazprom, the state-owned majority shareholder in Nord Stream, reportedly curtailed the throughput of Nord Stream 1 to 20% of the maximum capacity.