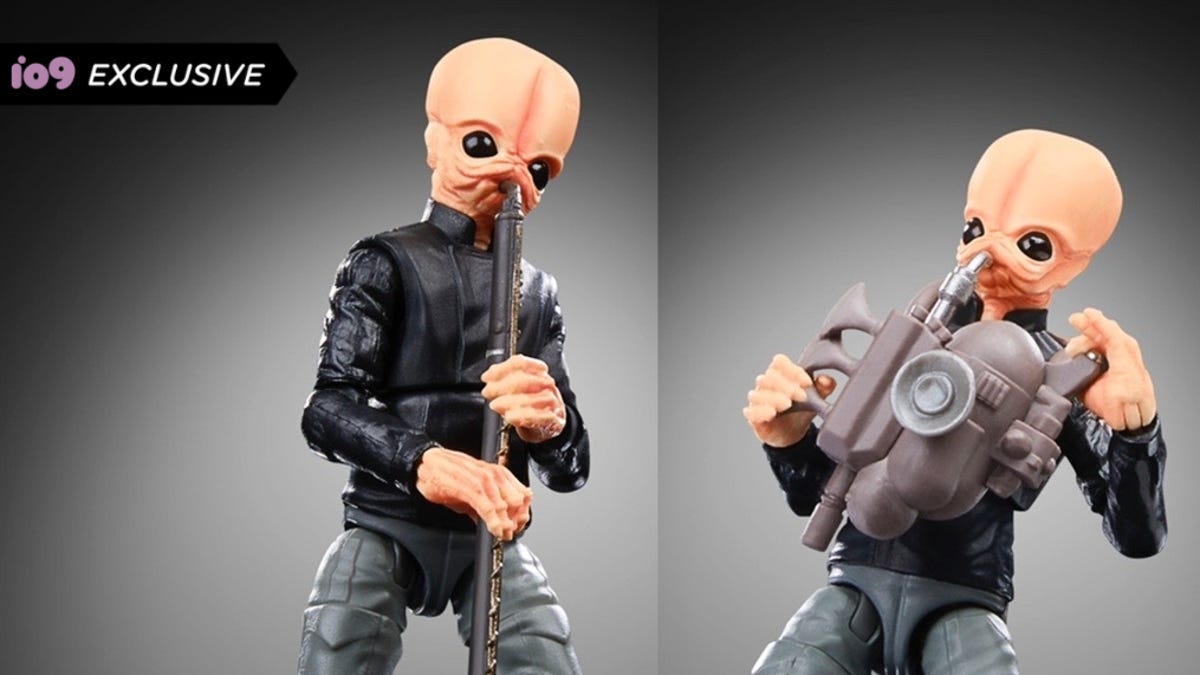 Revealed at Hasbro’s PulseCon, Figrin and the rest of the Modal Nodes are getting the toy treatment yet again, this time for the Star Wars Vintage Collection. The whole seven-person Bith ensemble is here, with their instruments, in a multipack of 3.75-inch figures. These figures also come in packaging inspired by the Hasbro-Kenner toy line of old.

The Figrin D’an & the Modal Nodes figures will arrive in spring 2023 for $89.99. Pre-orders will go live in North America and select European markets today at 6 PM ET, either at Hasbro Pulse or ShopDisney. Take a look at the figures’ box and the band themselves below.

Here they are…the band, the myths, the legends.

Nalan Cheel on the bandfill!