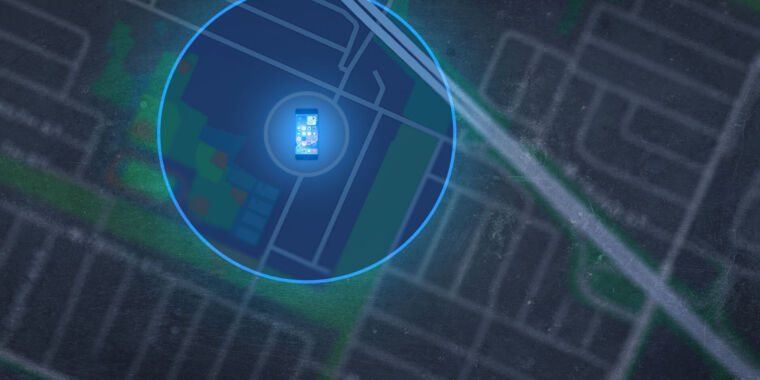 In January, Colorado police officers confined a 77-year-old grandmother named Ruby Johnson for hours in a squad car without even offering a glass of water during a time when she was due to take her daily medications—why?

Nobody told Johnson what was going on when she opened her front door to a SWAT team assembled on her lawn. Much later, she found out about a stolen truck—reportedly with six guns and an iPhone stashed inside—wrongly believed to be parked in her garage based on no evidence other than her home being located within a wide blue circle drawn by a “Find My” iPhone app. Now she’s suing a Denver cop for conducting what she believes was an illegal search of her home based on what her legal team describes as either an intentionally or recklessly defective application for a search warrant that was “wholly devoid of probable cause.” Because of the allegedly improper raid, the retired US Postal Service worker had to “endure an unreasonable search and seizure, unlawful police confinement, and severe physical and emotional distress.”

“This illegal search has destroyed Ms. Johnson’s sense of safety and security in the home that has been her castle for 40 years,” Johnson’s complaint reads.

Police had been tipped off to raid Johnson’s home by a truck theft victim who had attempted to find his stolen vehicle by using his “Find My” app to determine the general area where his iPhone could be.

Renting a car, the victim drove around Johnson’s neighborhood, patrolling an approximately four-block radius pictured on a map generated by the app. The victim decided if his truck was anywhere in this vicinity, it was probably parked inside Johnson’s garage. The Denver Police Department officer assigned to follow up on the stolen truck, Gary Staab, then seemingly adopted the victim’s hunch as hard evidence, filing an affidavit requesting a search warrant that directly connected Johnson’s address with the victim’s reported “Find My” app evidence.

Within a few hours, seemingly without any independent investigation, Staab secured a search warrant and directed a SWAT team to search Johnson’s home, according to a complaint that Johnson filed last week. The search didn’t turn up a truck, guns, or an iPhone, and Johnson’s legal team wrote in the complaint that Staab either knew, or should’ve known, that there was no valid nexus to connect Johnson’s home to the truck theft.

If Staab had taken the time when he was requesting the search warrant to explain to those reviewing the request precisely how the “Find My” app works, Johnson’s complaint said, he would’ve learned that the blue circle pictured in the screenshot is only shown “if a device’s location cannot be determined precisely.” That means that the evidence Staab had clearly “did not signify that the iPhone was inside Ms. Johnson’s house,” but instead, “the blue circle covered an area spanning at least six different properties and parts of four different blocks.”

It’s possible that Staab didn’t realize his error in his seeming rush to procure a search warrant. Johnson’s complaint alleged that Staab failed to disclose his inexperience using the “Find My” app in his affidavit. He also “failed to explain how the ‘Find My’ app works, identify what technology it uses to produce its results, or establish that the app was working correctly.” Due to this lack of information, the judge, or anyone else who approved the search warrant, didn’t have all the facts needed “to determine the credibility and reliability of the ‘Find My’ app.” Going only on Staab’s report that the “Find My” app screenshot pointed to Johnson’s home, the search warrant was “hastily” approved, the complaint said.

“Detective Staab had no grounds to seek a search warrant,” Mark Silverstein, ACLU of Colorado legal director and part of Johnson’s legal team, said in a press release “His supervisor should have vetoed it. The district attorney should not have green-lighted it, the judge should have rejected it, and the SWAT team should have stayed home.”

It’s been almost a year since the raid, and Johnson is still recovering. Not only did police damage Johnson’s home—breaking her garage door and climbing atop her new dining room chairs to break holes into her ceiling—they also allegedly snapped the head off a collectible figurine, which Johnson said was an irreplaceable gift from her youngest son from three decades ago. Staab allegedly told Johnson on the day of the raid that DPD would pay nothing to cover any of these damages. Johnson’s son, Greg Brunson, said in the ACLU press release that “it’s painful to witness how this violation has affected” his mother, who breaks down crying any time she remembers the raid.

Since the raid, Johnson has experienced a decline in health and emotional duress, her attorneys report, and she’s gotten to the point where she has even considered abandoning the home where she raised her three kids. She struggles to sleep, and she’s scared to open her front door.

“She’s still hurting,” Brunson said. “She still doesn’t understand why this happened to her. And after everything, she still hasn’t gotten as much as an apology from the police.”