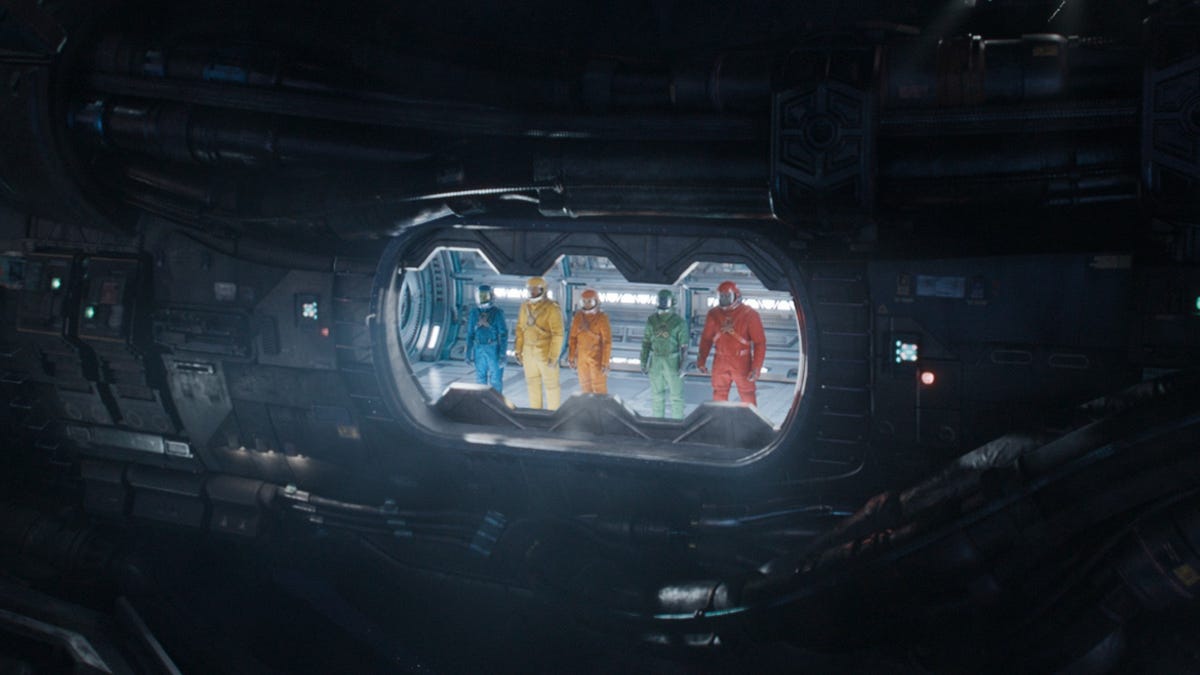 The first trailer for Guardians of the Galaxy Vol. 3 is jam-packed with evocative, curious images. You could go through each frame and try and figure out who lives, who dies, what’s going on, and more. (In fact, we have; check it out.) Six months from release, writer/director James Gunn surely doesn’t want to spoil anything just yet, but when it came to one scene in particular, he decided to clear it up.

The scene in question features five Guardians (Gamora, Star-Lord, Mantis, Nebula, and Drax… we think) wearing brightly colored spacesuits and jumping slowly through space down to some alien planet. You can see an image of it above. Anyway, while the bright colors certainly have Teletubbies vibes, the shape and colors had a Twitter user ask Gunn, “that’s an Among Us reference in the new Guardians trailer, right?” Gunn replied:

“No,” Gunn tweeted, with a photo from another very famous sci-fi project that used bright-colored spacesuits: Stanley Kubrick’s 2001: A Space Odyssey. It’s a movie so famous that he literally didn’t need to say the name, just drop the picture, and most people probably got the reference.

It’s a film that’s having quite the week. Just yesterday, 2001 was ranked the sixth best film of all time on the latest Sight and Sound poll (which is put together by critics), but also the best movie of all time according to film directors. So, you know, probably a little more well-known than Among Us.

And while it would be easy to dunk on the question to be like “People need to watch more classic movies!” I honestly think it’s the opposite. That Gunn intended to pay tribute to 2001, but that other people see Among Us (or Teletubbies) is the beauty of art. Once it’s out in the world, it’s no longer the creator’s, it’s yours.