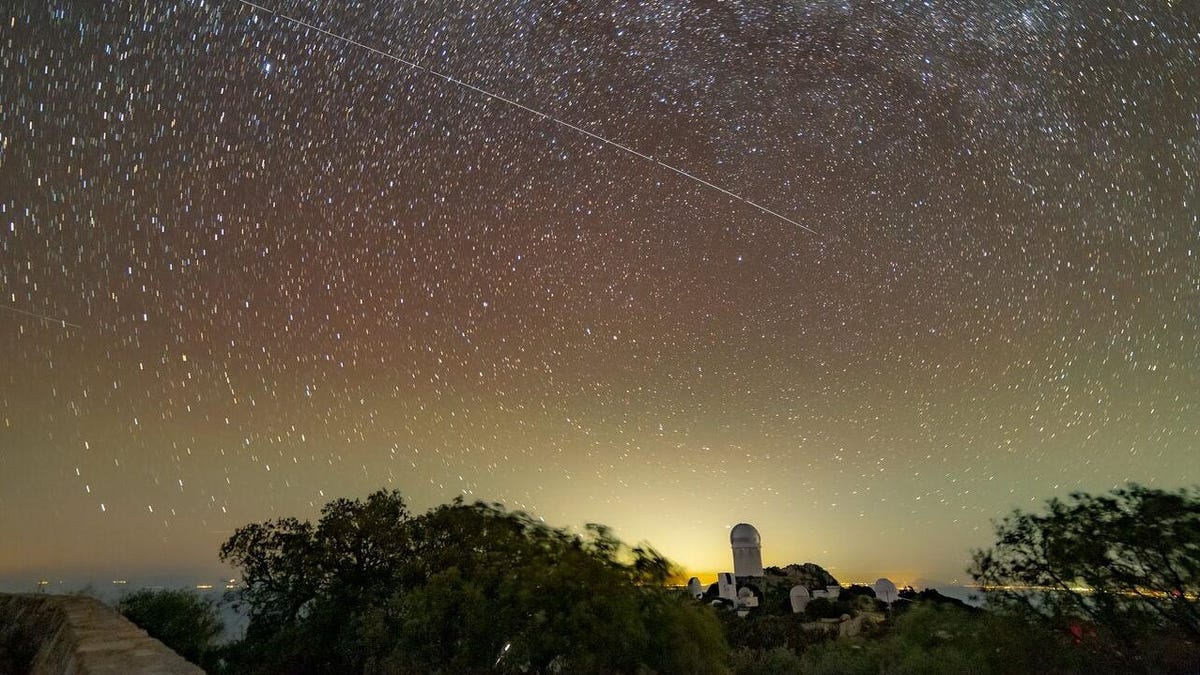 The BlueWalker 3 satellite recently unfurled its massive array of antennas, becoming one of the brightest objects in the night sky. The potential to launch more of these low Earth orbiting satellites has astronomers concerned over the effect on data gathered by radio telescopes, which could threaten our ability to learn about the surrounding cosmos.

The International Astronomical Union (IAU) released a statement on Monday to express its concerns over AST SpaceMobile’s prototype satellite and the impact it could have on astronomy. That the bright satellite poses a threat to optical astronomy has largely been acknowledge by scientists, but the IAU is also claiming that Blue Walker-type satellites pose a threat to radio astronomy.

In addition, the IAU, an NGO dedicated to safeguarding astronomy, drafted a letter to the Federal Communications Commission urging it to consider the threat posed by satellite constellations on astronomical observations of the skies. The union has also started a discussion with AST SpaceMobile on mitigation methods for BlueWalker 3.

“The IAU and CPS [Center for the Protection of the Dark and Quiet Sky from Satellite Constellation Interference] partners recognize that the new satellite constellations have an important role in improving worldwide communications,” IAU wrote in its statement. “However, their interference with astronomical observations could severely hamper progress in our understanding of the cosmos.” To which it added: “Their deployment should therefore be conducted with due consideration of their side effects and with efforts made to minimize their impact on astronomy.”

BlueWalker 3 launched aboard SpaceX’s Falcon 9 rocket on September 10, deploying its antenna about two months later. The satellite’s 693-square-foot (64-square-meter) array of antennas has already proven to be quite problematic, with measurements confirming that BlueWalker 3 is outshining most stars in the night sky and is even brighter than some constellations, according to IAU.

Aside from its visible glare, the satellite also transmits strong radio waves at frequencies that are currently only being used for cellphones on Earth. The IAU referred to these types of satellites as “cellphone towers in space,” saying they “have the potential to severely impact radio astronomy research as well as geodesy studies [the science of measuring Earth’s geometric shape, its orientation in space, and its gravity field] and space-physics experiments.”

The prototype satellite is the initiation of AST SpaceMobile’s attempt to build the first space-based cellular broadband network directly accessible by cell phones. The lone satellite is a pain, but the greater risk has to do with the Texas-based company’s plan to send more than 100 of these satellites to orbit by the end of 2024.

A swarm of these large satellites could greatly impact already sensitive observations by radio telescopes. These telescopes point their antennas towards the skies to collect faint radio waves, which are not visible to optical telescopes, which astronomers use to create images of celestial objects that would otherwise be hidden by gas and dust.

“Astronomers build radio telescopes as far away as possible from human activity, looking for places on the planet where there is limited or no cell phone coverage,” Philip Diamond, director general of SKA Observatory, said in the statement. “Frequencies allocated to cell phones are already challenging to observe even in radio quiet zones we have created for our facilities. New satellites such as BlueWalker 3 have the potential to worsen this situation and compromise our ability to do science if not properly mitigated.”

AST SpaceMobile isn’t the only company building a satellite constellation. Elon Musk’s SpaceX is also building an internet constellation in low Earth orbit, with 3,023 satellites currently in orbit and with plans to deploy upwards of 42,000 satellites. Amazon is also planning to launch a fleet of 3,236 satellites for Project Kuiper, while OneWeb has already launched 428 satellites out of its intended total of 648.

The increasing number of satellites being launched threatens scientists’ ability to learn about the universe, and time may be running out to protect our precious views of the night sky—and also important astronomical views hidden from human eyes.