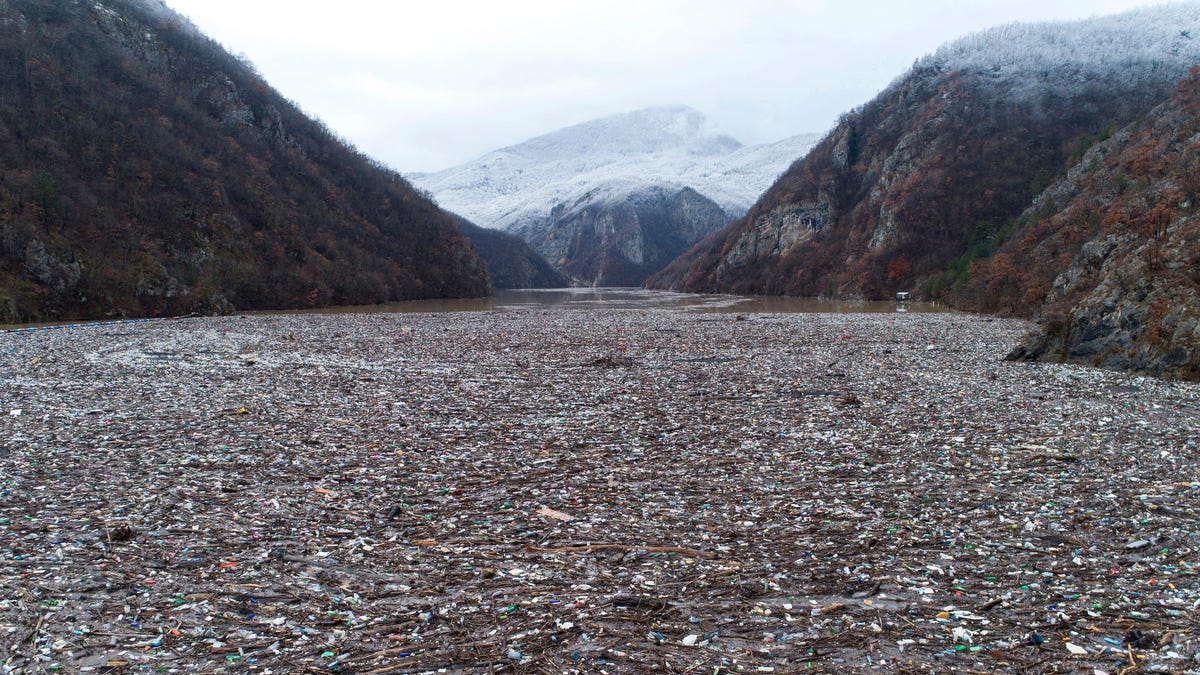 Some unsettling imagery out of Europe last week: The Drina river, a 215-mile waterway that constitutes much of the border of Bosnia & Herzegovina and Serbia, has been covered in trash.

The pileup of waste spoils what is an otherwise beautiful setting. The river’s northern reaches are well known for their fishing, according to Britannica. The garbage accumulated at a trash barrier after flowing in from riverside landfills, according to the Associated Press.

The AP reports that unauthorized waste dumps are common in the area, and the river buildup is unfortunately common when rainy weather increases the flow of water, to the extent that locals avoid rafting on river during “garbage season.”

When there’s substantial rainfall, flooding, or both, the Drina and its tributaries can carry more garbage to its destination: a trash blockade spanning the river near Visegrad, Bosnia. The barricade that spans the river was erected by a Bosnian hydroelectric plant downriver, the AP reported. The plant, which draws its power from the natural movement of the Drina, didn’t want any garbage clogging up the dam.

Dejan Furtula, a member of the local environmental group Eko Centar Visegrad, told the AP that the garbage flow was exacerbated by a week of heavy rain, and about 350,000 cubic feet of garbage are estimated to be clogging up the Drina.

It may take about six months to remove the trash to a nearby landfill. Click through for more photos of the trash blockade.