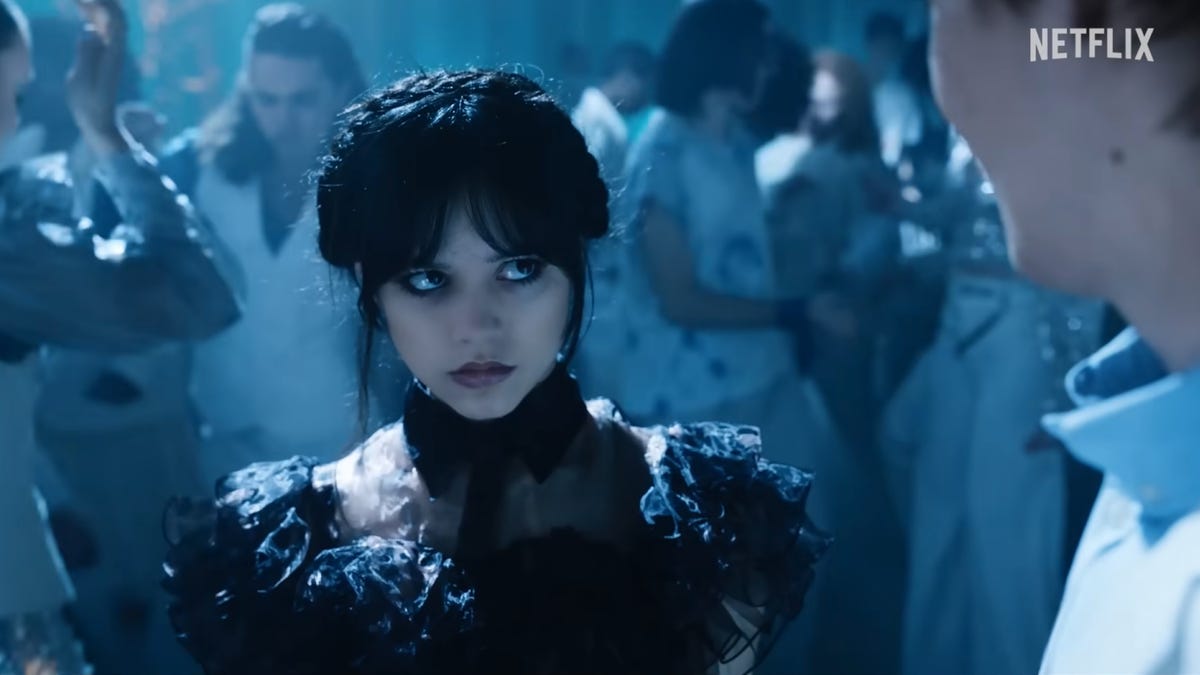 Reviews of Netflix’s Addams Family spin-off Wednesday have been mixed, but there’s one thing everyone could agree on: Jenny Ortega’s unapologetically goofy dance scene was amazing. Unfortunately, notice I said “could”—your enthusiasm might wane upon learning she filmed the scene while having the coronavirus.

If you’ve leapt to the assumption that Ortega kept mum about her illness in order to keep shooting, brazenly endangering her co-stars and crew, please leap back. As Ortega revealed in an interview with NME (which was originally published on November 10, but has gained much more notice over the last few days, including in Variety), she didn’t know she had covid while she was filming until later, although she did know she was sick:

“Yeah, I woke up and—it’s weird, I never get sick and when I do it’s not very bad—I had the body aches. I felt like I’d been hit by a car and that a little goblin had been let loose in my throat and was scratching the walls of my esophagus. They were giving me medicine between takes because we were waiting on the positive result.” According to the magazine, this was done according to Wednesday producer MGM’s “strict covid protocols” and “once the positive test was confirmed production removed Jenna from set.”

It’s very strange to me that those protocols allowed Ortega to keep filming while waiting for the test results, but we don’t know what other safety measures the Netflix show did or didn’t take to ensure the safety of its other workers. We’ve contacted Netflix to request more information and will update this article if we hear back.

Whatever the results, again, don’t blame Ortega—if she had taken a test and crewmembers were repeatedly giving her medicine, then a lot of people on set knew she was ill and kept putting her in front of the camera anyway. Protocols or not, someone in charge should have known better.