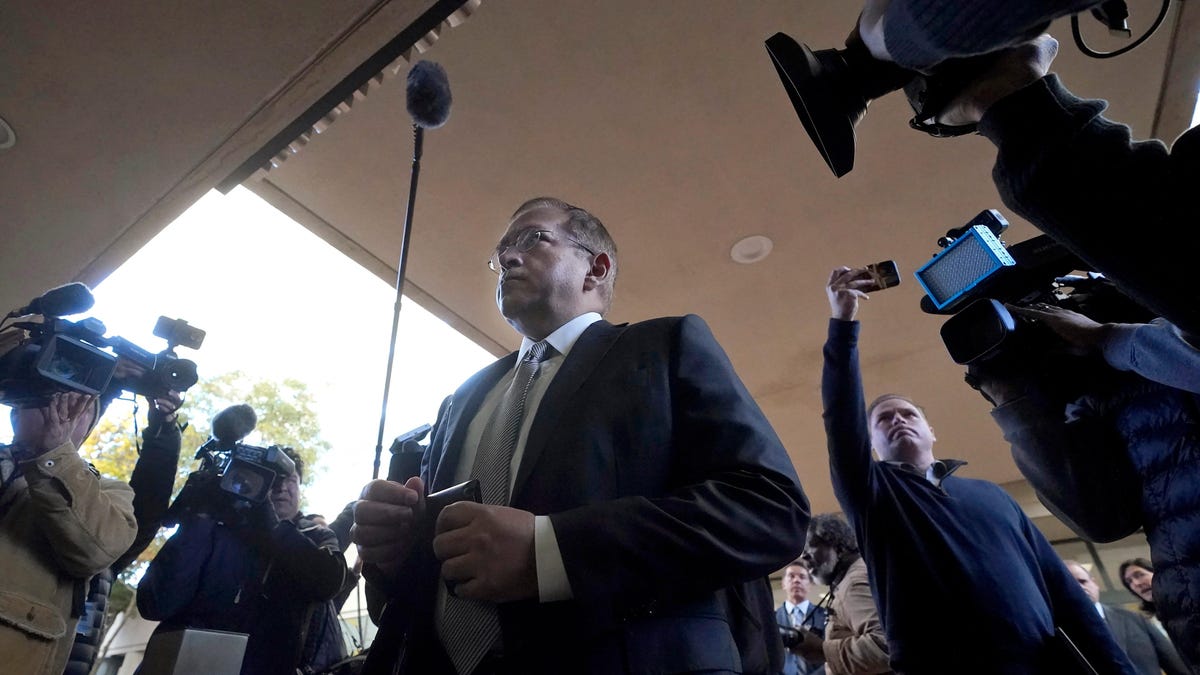 Despite his rather chipper name, there’s not a lot that ex-startup executive Ramesh “Sunny” Balwani can feel happy about during his long Wednesday spent in court. A federal judge sentenced Theranos’ other big executive to 155 months, or a little less than 13 years in prison.

It’s slightly more than Theranos founder Elizabeth Holmes got. A federal judge sentenced the former CEO to a little more than 11 years in prison last month. Both have been fighting a federal indictment over their scheme to defraud investors and patients for a blood testing product called “Edison” they promised could analyze a persons’ health with just a single drop of blood. Despite years of claims to the contrary and over $900 million raised in venture funds, Theranos’ product never actually worked.

In addition, the 57-year-old Balwani is liable for investors losses calculated at $120 million. Reporters livetweeting the proceedings from San Jose, California said Federal judge Edward Davila calculated his sentencing on both the 12 major investors the company defrauded as well as the patients the company put in danger as head of Theranos’ lab.

Balwani declined to speak for himself in court. Though the judge noted the ex-exec’s history working for Microsoft and starting a business in Silicon Valley, he “chose to go forward with deception… and continued to perpetuate the fraud.”

Balwani had originally been indicted alongside Holmes, but lawyers managed to untangle him from the much more high-profile Theranos CEO. Back in July, a jury convicted Balwani, Theranos’ ex-president and chief operating officer, of 12 counts of fraud for his role in lying to big name investors, including the likes of News Corp owner Rupert Murdoch and the DeVos family. A jury found Balwani guilty on eight more counts than Holmes, and he was also convicted of conspiracy to defraud patients, which Holmes was not.

On the subject of Murdoch and his news empire, Balwani’s lawyers tried to make light of the billionaire’s investment, arguing that he and other Theranos investors knew the risks since the company’s revenues were low. Davila, who also oversaw Holmes’ case, pushed back against the ex-exec’s attempts to lighten his sentence by removing key investors from the playing field.

Assistant U.S. Attorney Robert Leach reportedly argued that, based on the pairs texts, it seemed both Holmes and Balwani took lead in the fraud at different points.

During Holmes’ sentencing, her attorneys tried to paint Balwani as the real mastermind behind the fraud, though the former COO’s lawyers argued that he had left Theranos in 2016, before it finally went out of business. At the end he was just an “investor” in Holmes’ company, the defense argued on Wednesday. Sunny’s attorneys then tried to put the blame for the company’s decisions on Holmes, reportedly telling Davila that his late stage “investor” moniker put him in league more with other victims, rather than the fraud’s perpetrators.

At one point, the judge shot back at Balwani’s defense team as they argued their client wasn’t really in charge, telling them “Your client hired his dermatologist to run the lab at Theranos.” This related to testimony from Sunil Dhawan, a dermatologist who indeed became the company’s lab director in 2014.

Of course, that’s a very stretched line of argument considering Balwani was Theranos’ president and COO from 2009 until he left seven years later. He was there for the bombshell 2015 Wall Street Journal report that showed he was making top decisions for the company, ordering lab personnel to quit using their own machines to show blood testing results and instead use other company’s equipment that, you know, actually worked. The two also lied in investor documents saying they were validated by the FDA and had been deployed on the ground by the U.S. military in Afghanistan.

In the end, Davila noted there could be “co-leaders” of a conspiracy, and said he wouldn’t enhance Balwani’s sentencing for being the lead figure of the fraud.

Balwani’s judgment ties up one of the other dangling threads of the entire Theranos saga. The number 2 man at Theranos had been with the company from the very beginning, at one point even becoming romantically involved with Holmes. Texts between the two revealed a very strained kind of romance.

When they met, Balwani was a 37 year-old multi-millionaire and Holmes was just 18 and was still in high school. After Holmes dropped out at Stanford University at age 19 to then focus on Theranos, Balwani signed on and ran day-to-day operations for the company. Former employees have expressed that “Sunny” was very overbearing and often berated scientists on the team.