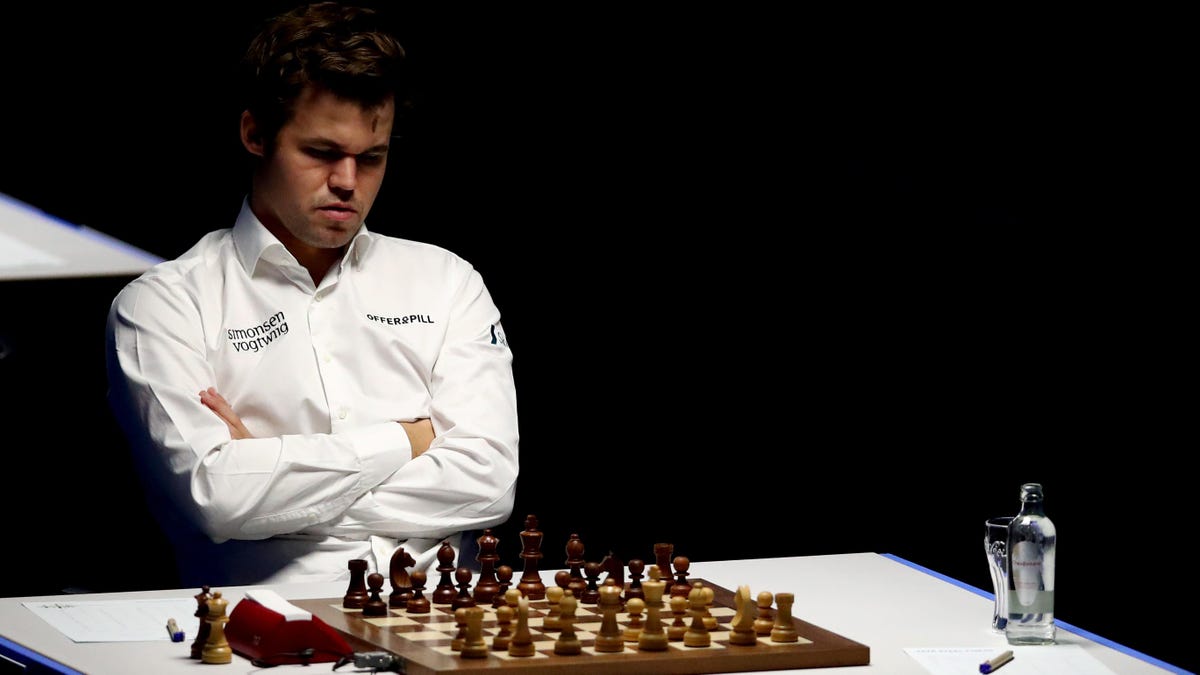 This ongoing chess cheating controversy is getting as exhausting as playing 50 rounds of chess back to back with your 7-year-old niece. We’re getting close to a month of this, yet without tangible proof of any chess con we might never see the end of it.

On Monday evening, one of the world’s best chess players Magnus Carlsen finally broke his silence around the chess cheating controversy. In a published statement, the grandmaster finally manifested all his previous insinuations that rival master Hans Niemann was cheating at chess online and in-person.

Carlsen said he believes Niemann “has cheated more—and more recently—than he has publicly admitted.” He goes on to offer a very undetailed account saying the young master’s board progress was “unusual” and during his earlier Sinquefield Cup game against Niemann he came away feeling that his opponent wasn’t tense or focused enough at critical points. All this was while the young chess player was “outplaying me as black in a way I think only a handful of players can do.”

The Norwegian grandmaster added that while he could offer more “I am limited in what I can say without explicit permission from Niemann to speak openly.” It remains unclear what he means by that statement, though some like fellow chess grandmaster Hikaru Nakamura speculated it could mean Carlsen needs affirmation Niemann won’t sue if Carlsen comes out with more proof.

At the start of September, 31-year-old Carlsen faced off against the 19-year-old, U.S.-based Niemann at the 2022 Sinquefield Cup. After the storied chess master lost his game against his younger opponent, he suddenly withdrew from the tournament. He then offered a very cryptic tweet that hinted that Niemann had been cheating. In his latest statement, Carlsen said that once he saw Niemann was invited “last minute” (Niemann was a replacement for another player who couldn’t make it to the U.S.) he “strongly considered withdrawing prior to the event. I ultimately chose to play.”

Niemann has admitted to cheating twice at online chess when he was younger, at ages 14 and 16, though he says that’s all behind him and he has never cheated at a tournament. On Friday, International Chess Federation (FIDE) President Arkady Dvorkovich criticized Carlsen saying “We strongly believe that there were better ways to handle this situation.” The FIDE president added they would investigate specific accusations of cheating “when the adequate initial proof is provided, and all parties involved disclose the information at their disposal.”

Carlsen’s sudden flight from the tournament caused a firestorm of controversy in the chess world and has opened up the can of worms considering the capability of modern technology to help players cheat at one of the world’s biggest tabletop games. Later in the month, during the online-hosted Julius Baer Generation Cup, Carlsen faced Niemann again. After only two moves, Carlsen shut down his stream and refused to play with his young opponent. Despite not offering a statement at that point, last week he spoke to the Chess24 stream to make a further subtle accusation of cheating, pointing to Niemann’s supposed mentor and alleged cheat Maxim Dlugy.

Many chess masters have come to back Carlsen. Some noted just how serious of a problem cheating has become, especially in online chess play even with the systems put in place to stop it. Masters, who play thousands upon thousands of games to get truly good, are able to note the subtle differences in play and attitude, so if a player seems to be playing too fast for their skill level or making too many “correct” moves, they are more keen to notice.

Yet despite the hubbub and shit-stirring, Carlsen still won the Julius Baer Cup, taking home the title after winning the final with the least number of possible games. Niemann lost in the quarterfinals. The 19-year-old chess player had previously lost to Carlsen this year during the Miami-based FTX Crypto Cup.

Though some have tried. As we noted in our previous reporting, famed chess researcher Kenneth Regan’s analysis of Niemann’s games did not determine the young man was using programmed help. Yosha Iglesias, a chess grandmaster, said Monday that Regan’s algorithm doesn’t calculate time spent per move, which could point to how well a player can cheat. She posted detailed figures examining Niemann’s past games, then compared him to other chess players like Indian chess Grandmaster Arjun Erigaisi to show how conspicuously close-to-perfect games Niemann has previously played.

Gizmodo reached out to Regan for comment and we’ll update when we hear back.