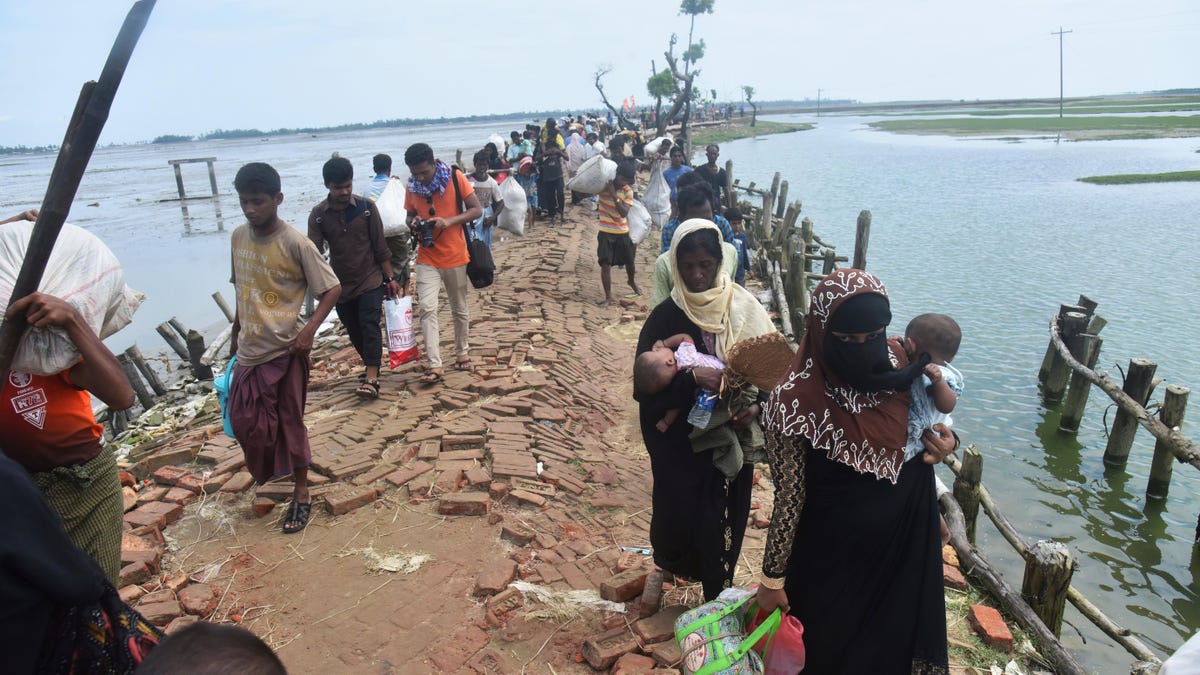 A new report from Amnesty International this week dives deeply into the Facebook-fueled atrocities perpetrated against the Rohingya by Myanmar security forces in 2017 during the onset of a genocide estimated to have since claimed the lives of more than 25,000.

The 74-page report, which in describing Meta’s role lays out arguments for reparations to meet the educational needs of the afflicted population, describes the litany of human rights abuses suffered by Myanmar’s Rohingya over the last half decade amid a backdrop of another half-century’s worth of systemic persecution and apartheid rule.

Assessing Meta’s contribution to the genocide — which Amnesty concludes was substantial — the report finds that Facebook’s “content-shaping algorithms” directly fueled killings and other abuses, even as the company profited off the swell of divisive, hateful content that aided Myanmar’s government in laying the groundwork for a military-led ethnic cleansing campaign.

“The mass dissemination of messages that advocated hatred inciting violence and discrimination against the Rohingya, as well as other dehumanizing and discriminatory anti-Rohingya content, poured fuel on the fire of long-standing discrimination and substantially increased the risk of an outbreak of mass violence,” the group said.

In late 2016, Myanmar security forces kicked off a series of brutal crackdowns in Rakhine, the country’s most poverty-stricken state, where much of the Rohingya have been forced to reside in oft-flooded ghettos. Widespread human rights abuses were documented — beatings, murders, rapes, arbitrary arrests, and enslavement — while satellites captured images of security forces burning thousands of homes to the ground. The killings and other atrocities, many perpetrated by radicalized Buddhist nationalists, escalated, spawning a spat of insurgent counterattacks in early 2017.

The Myanmar military quickly responded by launching what it euphemistically called “clearance operations,” a campaign of genocide that included the use of battlefield ordinance such as mortar weapons, gunships, and landmines.

Survivors interviewed by human rights groups, including Amnesty, have described widespread incidents of torture and rape by security forces, the intentional burning of villages and crops with aim of starving those not beaten or shot to death. In 2017 alone, more than 700,000 people were displaced, most of them fleeing under vicious attack into Bangladesh, forming what is today the world’s largest refugee camp.

The Amnesty report — The Social Atrocity: Meta and the Right to Remedy for the Rohingya — documents exhaustively the role of social media and Facebook in particular in spreading an enormous flood of content that aided radical Buddhist nationalists in persecuting and dehumanizing Rohingya. “We used to live together peacefully alongside the other ethnic groups in Myanmar,” Mohamed Ayas, a Rohingya schoolteacher, is quoted telling Amnesty. “Their intentions were good to the Rohingya, but the government was against us. The public used to follow their religious leaders, so when the religious leaders and government started spreading hate speech on Facebook, the minds of the people changed.”

“In the months and years leading up to the atrocities, Facebook’s algorithms were intensifying a storm of hatred against the Rohingya which contributed to real-world violence,” said Agnès Callamard, Amnesty International’s secretary general. “While the Myanmar military was committing crimes against humanity against the Rohingya, Meta was profiting from the echo chamber of hatred created by its hate-spiralling algorithms.”

The company, Callamard added, must be held to account. It has a responsibility, she said, “to provide reparations to all those who suffered the violent consequences of their reckless actions.”

Examples of hate speech on the platform aimed at dehumanizing the Rohingya people are “countless,” Amnesty says. Most notoriously, Myanmar’s military leader, Min Aung Hlaing — who seized power for himself in last year’s coup d’état — wrote in a Sept. 2017 post: “We openly declare that absolutely, our country has no Rohingya race.”

Meta took almost a year to suspended his account.

“It means that setting fire to a house with women and kids inside is nothing more than pouring petrol down an ants’ nest.”

The dehumanization of Rohingya is considered an essential step in the road to their genocide. Principally, it aided the government in convincing the Burmese military to perpetrate the killings, as well helped to gain the acceptance, if not participation, of the public at large. On this, Chris Sidoti, an international human rights lawyer, is quoted by the report: “Dehumanization enables humans to undertake anti-human activities by reducing [the victim] to a sub-human level, which enables justification of their killing. It means that setting fire to a house with women and kids inside is nothing more than pouring petrol down an ants’ nest.”

In a statement, Rafael Frankel, Meta’s Asia-Pacific director of public policy for emerging markets, said that Meta stands with the international community and “supports efforts to hold the Tatmadaw [Myanmar military] accountable for its crimes against the Rohingya people.”

“To that end, we have made voluntary, lawful data disclosures to the UN’s Investigative Mechanism on Myanmar and to The Gambia, and are also currently participating in the OECD complaint process,” Frankel said. “Our safety and integrity work in Myanmar remains guided by feedback from local civil society organizations and international institutions, including the UN Fact-Finding Mission on Myanmar; the Human Rights Impact Assessment we commissioned in 2018; as well as our ongoing human rights risk management.”

Meta’s contributions to the dehumanization of Rohingya were significant, Amnesty says. While the company has long denied it, the human rights group has joined a chorus of experts long arguing that Facebook benefits directly from engagement driven by divisive and inflammatory speech. “Ultimately, this happened because Meta’s business model, based on invasive profiling and targeted advertising, fuels the spread of harmful content, including incitement to violence,” the report says. “The algorithmic systems that shape a user’s experience on Facebook and determine what information they see are designed to keep people on the platform – the more engaged users are, the more advertising revenue Meta earns.”

Rohingya have been marginalized, subjectaged and brutalized for many decades. They are considered today one of the most — if not the most — persecuted people in the world. While their circumstance is often reduced in the press to the byproduct of a religious conflict, it is more aptly characterized as a struggle for their own identity.

Historians often correlate the Rohingya’s arrival in Arkan — the historical name for Myanmar’s western Rakhine State — with the region’s annexation by the British Empire in the mid-1820s; a period marked by an influx of worker migrants from present-day India and Bangladesh. Despite this, Rohingya are an indigenous people with cultural, if not genealogical ties to Arakanese Muslims, who first appeared in the region a millenia ago: Their culture, religion, and language are distinct from the country’s major ethnic groups; they maintain strong territorial ties, despite being dispossessed, murdered, and rendered effectively stateless by the own government; and, most importantly, they self-identify as an indigenous group.

To successive Myanmar governments, however, the Rohingya people are but foreigners, distinct even from Burmese Muslim ethnic groups such as the Karam, who while subject to chronic persecution too attained recognition as one of the country’s “national races.”

Religion, though, is still a significant factor, even if the conflict to which it gave rise was born largely of colonialist provocation; namely, the Japanese invasion of British Burma during World War II, which served as a major impetus to the decades of bloody conflict between the Arakanese Buddhists and Muslims — the latter having been recruited by their British overseers, while the former sided with the Japanese, ostensibly to gain their own independence.

During the massacres that unfolded in 1942, tens of thousands were killed, raped, and tortured on both sides of the conflict. Two decades later, Burma’s independent, fledgling government would fall to a military junta, laying the foundations for decades of state-supported violence and discrimination. In 1974, the Ne Win government officially recognized Arakanese Buddhists, known as the Rakhine, as the state’s rightful inhabitants. The Rohingya, meanwhile, were assigned the relegated status of “resident foreigners,” denied even the right to self-identify as Rohingya.

Officially, the government calls them “Bengali,” another tool to reinforce the criminal, invader-immigrant brand that’s been foisted upon them.

Best Nordstrom Cyber Deals on Brands That Never Go on Sale — Up to 60% Off!