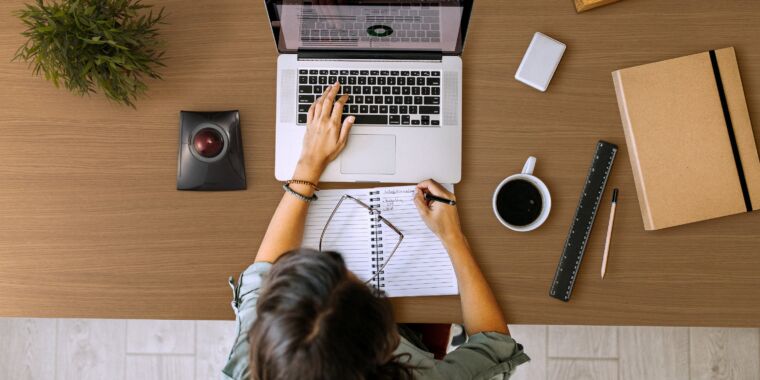 Trackballs aren’t exactly a trendy PC accessory. Their heavy, clunky builds bring dated vibes to office setups. And despite 73 years of existence, trackballs have been usurped by modern mice and trackpads as the preferred forms of computing input. But despite their low mainstream popularity, trackball mice still hold a place in many people’s hearts.

If you have a physical issue such as carpal tunnel syndrome or a repetitive strain injury that makes repeated movements difficult and/or painful, you may be one of those people holding onto a trackball mouse. While generally larger and heavier than traditional mice, trackball mice make it easier to keep your hand and arm in a neutral position and avoid pronation.

And because you don’t push trackball mice around the top of your desk, they can be more accommodating of tight workspaces. Some trackball fanatics also praise the precision they can achieve with the gentle twisting of the right trackball. But there’s definitely a learning curve to using them, and they aren’t for everyone. And a good trackball mouse may not be as fast or precise as your best PC mouse with a traditional design.

But the continued advancement of trackball mice ensures the peripheral’s relevance. Promoting healthy ergonomics is becoming increasingly popular among tech companies as people spend more time in front of screens. You can find plenty of trackball mice online from smaller brands like Elecom and even the likes of Logitech, which currently sells two trackball mice.

This Tuesday, Kensington, one of the biggest names in trackball mice (it also sells other PC peripherals and office solutions), released a new trackball mouse, the SlimBlade Pro Trackball (K72080WW). It looks like any old trackball mouse, complete with a bulbous ball. But accompanying that 2.17-inch-wide (55 mm) piercing red orb that can scroll up and down and twist are modern considerations.

For one, the mouse is wireless. You can connect to Windows PCs (Windows 7 and later) or Macs (macOS 10.13 and later) via Bluetooth, a 2.4 GHz USB-A dongle, or even a USB-A cable. The mouse is also rechargeable over the modern USB-C connector, and the vendor says the mouse will last up to four months before needing a charge.

Like its wired counterpart first introduced in 2009, the SlimBlade Trackball, Kensington’s new wireless trackball has programmable buttons. The wired version’s programmable buttons are limited to four, but the cable-free option lets you program “each of four individual buttons and four sets of combo buttons” if you download Kensington’s software, the California-based company’s announcement said.

Unlike trackball mice with a ball controlled by the thumb, the SlimBlade Pro’s twisting globe is meant to be used by any digit and either hand. But if you’ve never used a trackball mouse before, you may find the SlimBlade Pro’s operation more difficult than something like the Logitech MX Ergo, whose shape is more similar to a traditional mouse.

The SlimBlade Pro Trackball is currently selling for $120, just a $10 premium over the wired version’s MSRP. The price alone is enough to show that the trackball mouse, while no longer king of the hill, hasn’t completely fallen off. For those who find these products less painful for long-term use, long live trackball mice.