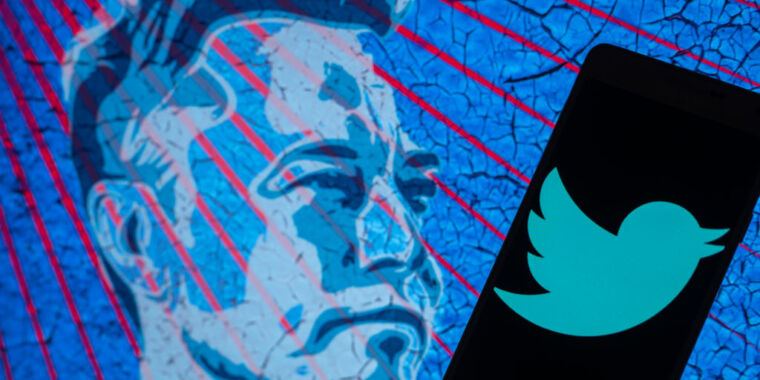 Today is apparently the day when Twitter Blue is coming back. Reuters reported that subscriptions would be available sometime Friday for purchase in the Apple App Store for $11 and on the web for $7.

This was confirmed in an email sent to advertisers Thursday, which Reuters reviewed, announcing some new Twitter Blue security features and advertiser controls. The email informed advertisers that individuals would be able to purchase blue checkmarks, while verified businesses would be distinguished by gold checks and government accounts by gray checks.

The purpose of the email was partly to reassure advertisers that the Twitter Blue impersonation scandal is actually over and partly to announce new controls allowing advertisers to prevent branded ads from appearing “above or below tweets containing certain keywords,” Reuters reported.

Advertisers may not be so easily persuaded back to the platform, however. While Musk has been moving to convince advertisers that Twitter is a safe place to run ads, today three members of Twitter’s Trust and Safety Council—Eirliani Abdul Rahman, Anne Collier, and Lesley Podesta—resigned. Their letter said, “contrary to claims by Elon Musk, the safety and wellbeing of Twitter’s users are on the decline.” They pointed to reported spikes in hate speech, Musk’s reinstatement of banned accounts, and the decline in content moderation staff as reasons to distance themselves from the platform.

“A Twitter ruled by diktat is not a place for us,” their letter states, while claiming that Musk has not acknowledged the council—which in 2019 included more than 40 experts and organizations—since he took over.

Twitter couldn’t immediately be reached for comment. According to Reuters, Musk told advertisers that he might be addressing at least one of the exiting council members’ chief complaints: how content moderation teams are currently staffed.

A Twitter insider told Reuters that on Thursday, a Twitter representative told advertisers that “the platform was considering bringing its content moderators, many of whom are contracted through third-party vendors, in-house.”

Irwin has been active on Twitter recently, responding to tweets from concerned Twitter users. She also got dragged into “Twitter Files” discourse when Twitter users noticed that the screenshots from Twitter’s internal tool shared in journalist Bari Weiss’ “secret blacklist” thread were watermarked with Irwin’s information.

Twitter users became alarmed, with some concerned that Weiss potentially had access to the internal tool via Irwin’s login and possibly had access to read direct messages. Some suggested this would violate the Stored Communications Act, but Berkeley Law professor Orin Kerr pointed out that even if Weiss did have access, it could be considered an exception since her access was authorized “by the person or entity providing a wire or electronic communications service.”

Irwin tweeted to clarify that Weiss did not have access to the internal tool in the screenshots she shared, and thus had no access to direct messages or other personal identifiable information.

“For security purposes, the screenshots requested came from me so we could ensure no PII was exposed,” Irwin tweeted. “We did not give this access to reporters, and no, reporters were not accessing user DMs.”

Not every Twitter user was convinced that they could trust this messaging from Irwin, though. Tech reporter Tom McKay thanked Irwin for her transparency, but then Irwin stopped responding when he asked her what one “Twitter Files” journalist, Abigail Shrier, meant when she tweeted, “Our team was given extensive, unfiltered access to Twitter’s internal communications and systems.”

With the first two installments focused on the Hunter Biden laptop scandal and blacklisted right-wing accounts, the “Twitter Files” release seems custom-designed to engage some of the right-wing influencers whose accounts Musk recently reinstated. Former Twitter CEO Jack Dorsey seemed to criticize Musk for focusing on making Twitter’s past more transparent but being less transparent about Twitter decisions being made currently.

“If the goal is transparency to build trust, why not just release everything without filter and let people judge for themselves?” Dorsey tweeted. “Including all discussions around current and future actions? Make everything public now.”

Musk did say recently that one way he plans to make Twitter more transparent is to make it clear when the platform has limited the reach of an account’s tweets.

“Twitter is working on a software update that will show your true account status, so you know clearly if you’ve been shadowbanned, the reason why and how to appeal,” Musk tweeted.

While Musk is busy pushing Twitter engineers to go “hardcore,” installing potentially building code-violating bedrooms in the Twitter headquarters, bringing back Twitter Blue, and striking deals with advertisers, it will likely be Irwin’s job to deliver on Musk’s promises of even more transparency. Maybe she’ll even help follow through on Musk’s promise to publish weekly data on @TwitterSafety.