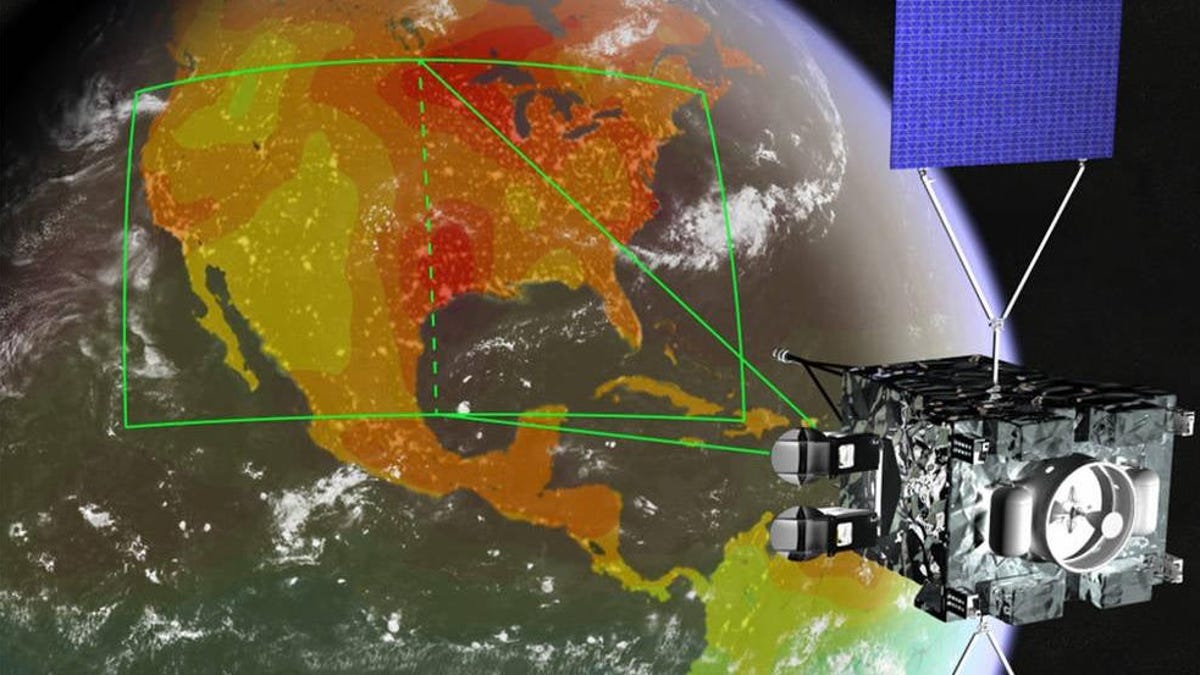 Citing cost overruns, NASA has made the decision to terminate the GeoCarb mission, a satellite that would’ve measured greenhouse gas emissions above the Americas. The space agency will now consider newer, alternative ways of monitoring climate-impacting pollution.

“Decisions like this are difficult, but NASA is dedicated to making careful choices with the resources provided by the people of the United States,” Thomas Zurbuchen, the associate administrator for science at NASA, said in a statement. “We look forward to accomplishing our commitment to state-of-the-art climate observation in a more efficient and cost-effective way.”

The Earth science mission, named GeoCarb (Geostationary Carbon Observatory), was scheduled for launch sometime in the 2020’s with the aim of mapping concentrations of key carbon gases from a geostationary orbit. Satellites in geostationary orbit travel at the same speed as Earth’s rotation, remaining over the same place on Earth’s surface at all times.

The plan was to perch GeoCarb some 22,236 miles (35,800 kilometers) above the Americas, from where it would scan the southern tip of Hudson Bay to the southern tip of South America. The satellite would have measured atmospheric carbon dioxide, carbon monoxide, and methane.

However, GeoCarb’s final estimate ran more than three times over its original cost. The satellite was originally capped at $170 million, but ended up with an estimated cost of $600 million. The cost of the satellite would have impacted NASA’s Earth Science portfolio, and delayed the upcoming Earth System Observatory by two years, according to the space agency. That mission is slated for launch by the end of the decade, and is designed to provide a 3D view of Earth.

At the same time, NASA said there are newer alternatives to measuring greenhouse gases that were not available at the time the GeoCarb mission concept was conceived. With GeoCarb now in the trash heap, NASA is planning to prioritize other greenhouse gas-tracking missions (such as the Earth System Explorers), gathering greenhouse gas data from international and commercial partners, extending its ongoing Orbiting Carbon Observatory-3 mission, and conducting additional airborne observations, the space agency wrote.

“NASA prioritizes understanding how our home planet is changing—and greenhouse gases play a central role in that understanding,” Karen St. Germain, NASA Earth Science division director, said in a statement. “We are committed to making key methane and carbon dioxide observations, integrating them with measurements collected by other national, international, and private sector missions, and making actionable information available to communities and organizations who need it to inform their decisions.”