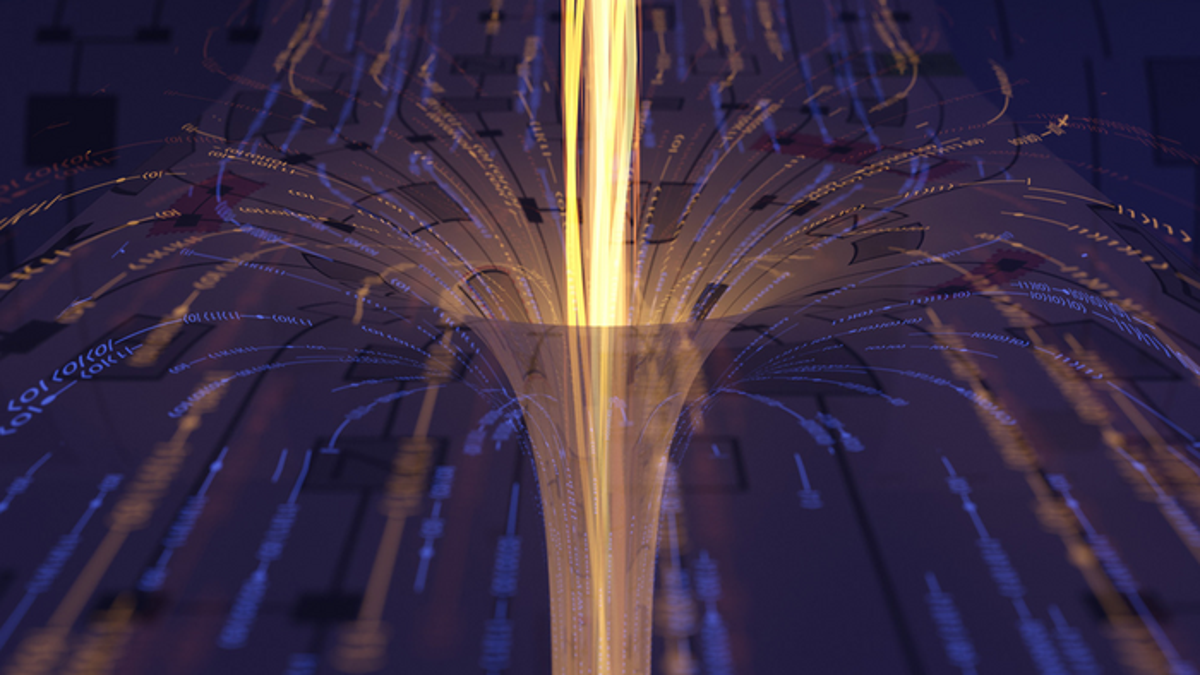 If you thought entangling qubits using the Fibonacci sequence was confusing, you’d better hold onto something. A team of physicists recently found that quantum systems can imitate wormholes, theorized shortcuts in spacetime, in that the systems allow the instantaneous transit of information between remote locations.

The research team thinks their findings could have implications for probing quantum gravity—the catch-all term used to marry quantum mechanics and Newtonian gravity, which doesn’t affect quantum particles the way it does classical objects. The research was published this week in Nature.

“The relationship between quantum entanglement, spacetime, and quantum gravity is one of the most important questions in fundamental physics and an active area of theoretical research,” said Maria Spiropulu, a physicist at the California Institute of Technology and the paper’s lead author, in an institute release. “We are excited to take this small step toward testing these ideas on quantum hardware and will keep going.“

Let’s slow down momentarily. To be clear, the researchers did not literally send quantum information through a rupture in spacetime, which in theory could connect two separate regions of spacetime. (Imagine folding a piece of paper and stabbing a pencil through the two layers. The paper is spacetime, and you now have a portal between two very distant areas.)

An idea floating around in theoretical physics is that wormholes are equivalent to quantum entanglement, which Einstein famously referred to as “spooky action at a distance.” That means that, even at great distances, entangled quantum particles are defined by the spin of each other. Because quantum particles have this unique connection, they’re a great test-bed for teleportation.

In 2017, a different team demonstrated that the way theorized wormholes in spacetime are described gravitationally is equivalent to the transmission of quantum information. The recent team has been looking at the issue themselves for a few years. They wanted to show that, not only is the relationship equivalent, but that transmitted information can be described gravitationally or vis-a-vis quantum entanglement. To do this, the researchers used the Sycamore quantum processor at Google.

“We performed a kind of quantum teleportation equivalent to a traversable wormhole in the gravity picture,” said Alexander Zlokapa, a graduate student at MIT and a part of the team, in the release. “To do this, we had to simplify the quantum system to the smallest example that preserves gravitational characteristics so we could implement it on the Sycamore quantum processor at Google.”

The teleportation of the quantum information was simultaneously what was expected from a quantum physical perspective and from the gravitational understanding of how an object would travel through a wormhole, the researchers said.

The team plans to build more complex quantum systems to test how this quantum information transmission might change in a more complex experimental set-up. It’s been 87 years since Einstein and his colleagues described wormholes—perhaps physicists will have cracked this multi-dimensional egg before the idea turns 100.