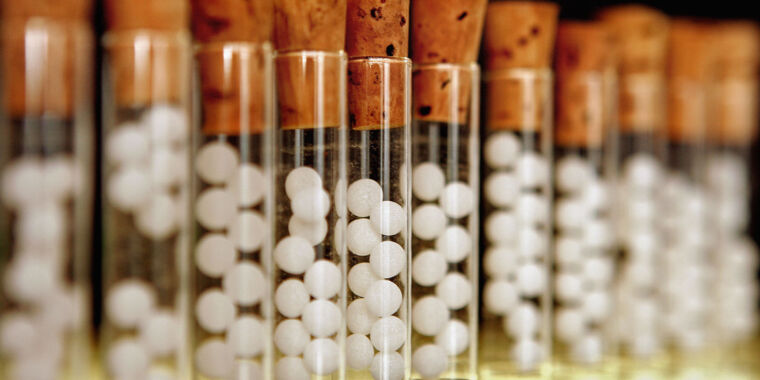 It was a scheme that netted her thousands of dollars in the early phases of the pandemic before also earning her the first federal criminal fraud prosecution related to bogus COVID-19 vaccination and vaccination records.

Mazi, of Napa, California, pleaded guilty to the charges in April and faced a maximum sentence of 25 years for all the charges.

“Instead of providing sage information and guidance, Mazi profited from peddling unapproved remedies, stirring up false fears, and generating fake proof of vaccinations,” Assistant Attorney General Kenneth Polite, Jr. of the Justice Department’s Criminal Division said in an announcement of the guilty plea.

However, sometime after that, Mazi fired her lawyers, began representing herself and tried to withdraw from her plea agreement, according to the Associated Press.

In August, she challenged the legal basis of the charges, which included one count of wire fraud and one count of false statements related to health care matters.

“There were no laws broken,” Mazi reportedly said during a virtual hearing in August, according to the Napa Valley Register. “Can you provide the laws that allow you to disregard the procedures that a naturopathic doctor is licensed to administer?”

US District Judge Charles R. Breyer denied her motion to withdraw the guilty plea, noting that she did not contest any facts.

Last week, Mazi continued her legal fight, filing a letter with the court claiming “sovereign immunity” and arguing that, as a Native American, she is “immune to legal action.”

Federal prosecutors argued that Mazi profited by selling vials of unproven pellets containing unknown ingredients for $243, falsely claiming that they would offer “lifelong immunity” from COVID-19. She also sold hundreds of fake immunization cards. Some cards were forged to indicate she administered the Moderna COVID-19 vaccine to customers. Others were used to falsely claim that children had been immunized for childhood diseases to meet school immunization requirements.

According to financial records obtained by federal investigators, Mazi earned over $221,000 from 1,242 transactions between January 2020 and May 21, 2021. Though most transactions did not indicate what they were for, 25 transactions worth a total of $7,653 were for COVID treatments, and about 34 others were for homeopathic immunizations.

Judge Breyer on Tuesday sentenced Mazi to 33 months in prison followed by three years of probation. She was ordered to surrender to the Bureau of Prisons by January 6.