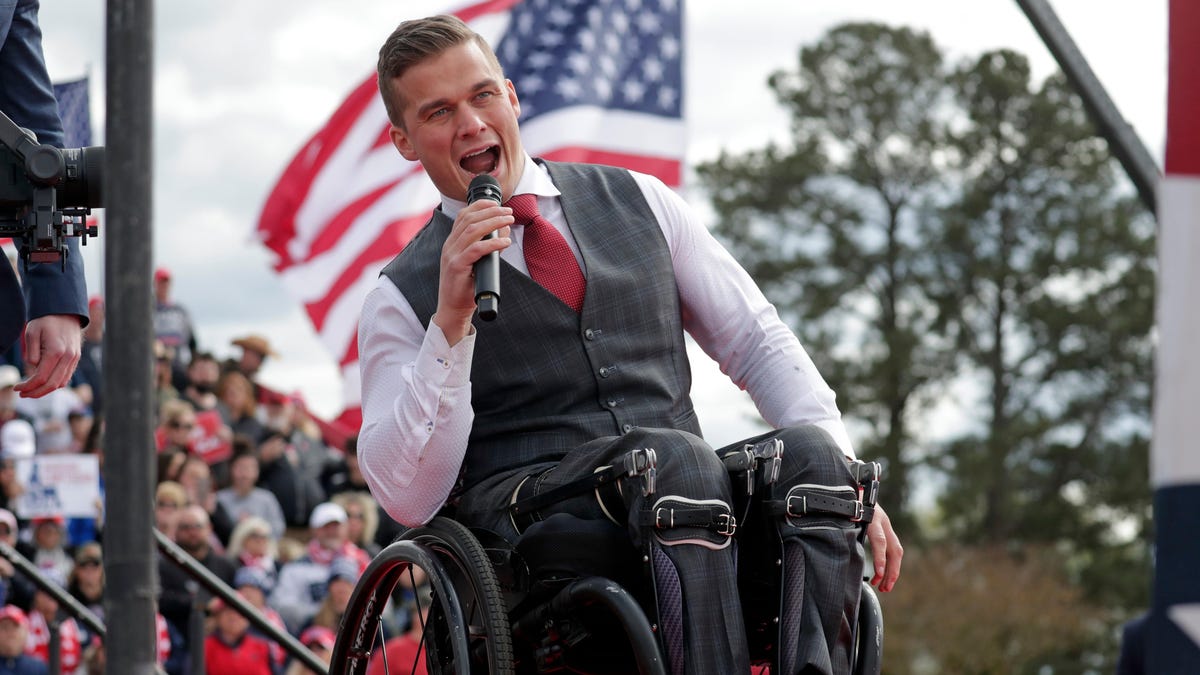 Now, the politician is set to finally face some material consequences for his actions. The House Ethics Committee has determined Cawthorn violated multiple congressional rules with his purchase and promotion of Let’s Go Brandon Coin—a cryptocurrency best known for its NASCAR meme ties and astounding value loss.

The House probe began on May 11, following a Washington Examiner report suggesting that Cawthorn may have violated insider trading laws. The congressman posted suspiciously prescient comments on Instagram hyping the Let’s Go Brandon memecoin (named after the chant mocking President Joe Biden) just a day before NASCAR driver Brandon Brown announced he would be sponsored by the cryptocurrency.

Following the announcement, LGBCoin’s value briefly skyrocketed. That sponsorship deal later fell through, after NASCAR disapproved (and consequently, LGBCoin tanked), but that doesn’t change the fact that Cawthorn seemed aware of the sponsor deal ahead of time.

Additionally, Cawthorn failed to disclose his Let’s Go Brandon stake in a timely enough fashion, and shouldn’t have been promoting the investment on social media at all, according to the 81-page House Ethics Committee report, released Tuesday.

“The [Investigative Subcommittee] found substantial evidence that Representative Cawthorn promoted a cryptocurrency in which he had a financial interest in violation of rules protecting against conflicts of interest, and that he failed to file timely reports to the House disclosing his transactions relating to the cryptocurrency,” the Committee wrote.

Further, the ISC noted that Cawthorn was given a favorable deal in his crypto purchase, making the acquisition an “improper gift.”

As a result, Cawthorn will have to pay back a chunk approximately equal to the value of what he was given, along with a fine. “The ISC unanimously recommended that Representative Cawthorn be required to repay the value of the improper gift and pay all applicable fees for his late filing of disclosures for his cryptocurrency transactions,” said the report. That repayment amounts to $14,237.49, to be paid out “to an appropriate charitable organization” and the fees come to $1,000 to be directed to the U.S. Treasury Department. On top of the monetary punishment, the House Committee also offered a light reprimand, “Representative Cawthorn acted in a manner that did not reflect credibly upon the House,” the oversight group concluded in its report.

According to the Tuesday report, Cawthorn purchased 180 billion LGBCoin for $150,000 in December 2021. He sold off almost all of his purchase in three chunks within a few weeks of buying it—attempting to cash in on the short-lived boost the currency got from the failed NASCAR driver sponsorship deal. As of November 19, Cawthorn reported still owning more than 15 billion LGBCoins.

The disgraced congressman indicated that remaining investment was equal to more than $350, but—as a fun chaser—the House disputed that valuation. “As noted in the ISC Report, the value of his remaining LGB Coin was substantially less at the time the Report was adopted, and it is unclear how Representative Cawthorn reached his estimation of the value,” the Committee’s report said in a footnote. Even now, Cawthorn can’t seem to stop overhyping the memecoin’s worth.

But in a small win for the Rep., the House Committee at least didn’t find Cawthorn guilty of engaging in an improper relationship with a staffer—something he had also been accused of.

Cawthorn lost his bid for reelection in North Carolina’s May Republican primary and will be replaced by Chuck Edwards in 2023. As a parting gift, he delivered a rousing, off-the-rails speech last Wednesday lamenting the decline of American masculinity and the rise of “soft metrosexuals.”