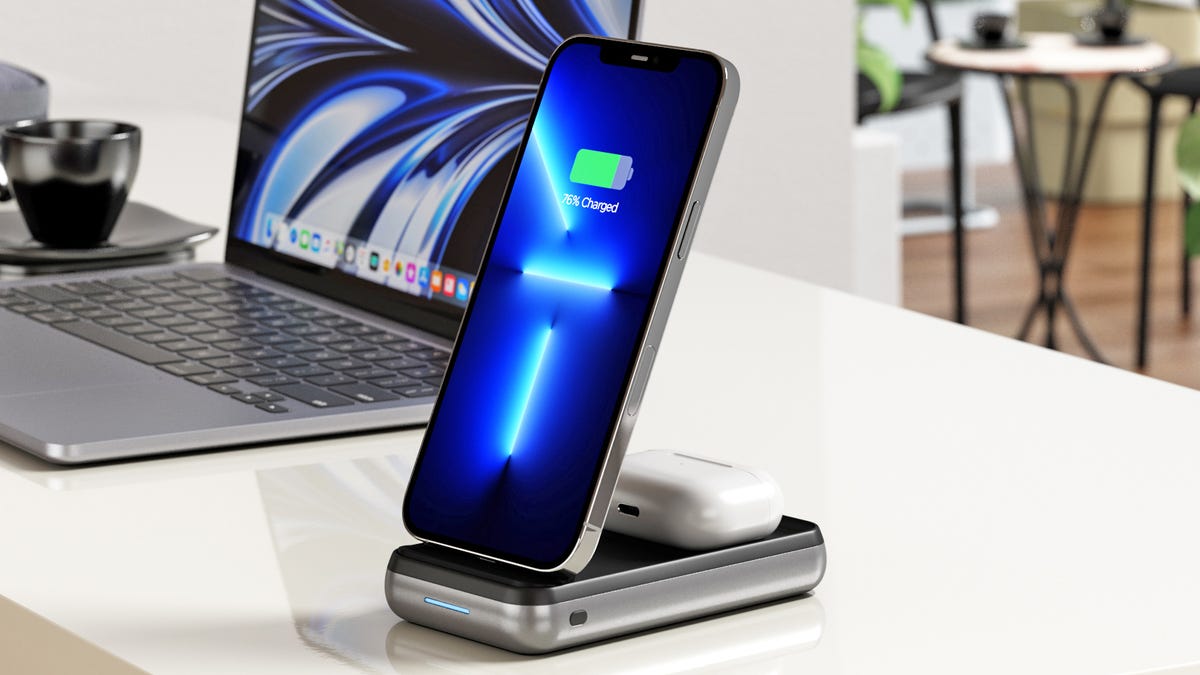 If you live in constant fear of your electronics dying and leaving you without a reliable source of entertainment and distraction, you need to make sure you always have a charging solution on hand. With Satechi’s new Duo Wireless Charger Power Stand, you can actually leave your charging cables at home, because it features a pair of Qi pads to wirelessly charge two devices at once.

This isn’t the first portable power bank we’ve seen with multi-device wireless charging, but like the Satechi Quatro released back in 2020, these mobile chargers tend to cater to a single device that can charge from a standard Qi coil, plus a smartwatch like the Apple Watch, which relies on its own proprietary wireless charging cable.

Satechi’s new Duo Wireless Charger Power Stand pairs a 10,000 mAh battery—enough to fully recharge most smartphones at least a couple of times while away from a power outlet—with two standard Qi wireless charging pads compatible with everything from wireless earbud charging cases to phones. One pad is built into a hinged stand that can be raised so your smartphone’s screen is still visible while it charges, which actually reveals the second Qi pad underneath, which is more suitable for smaller devices like wireless earbuds.

Wireless charging is never the fastest way to power up a gadget, and it can be even slower when used with portable power banks like this, but the Duo Wireless Charger Power Stand also has a USB-C port on the back that can be used to charge a third gadget at faster speeds.

The Satechi Duo Wireless Charger Power Stand is available now through the company’s website for $100. That’s not cheap, you can easily find 10,000 mAh power banks for less than half that cost, but you’ll need to remember to pack charging cables for those solutions. Satechi’s solution not only brings peace of mind that your gadgets won’t die at an inopportune moment, but peace of mind about not having to worry about packing cables, too.