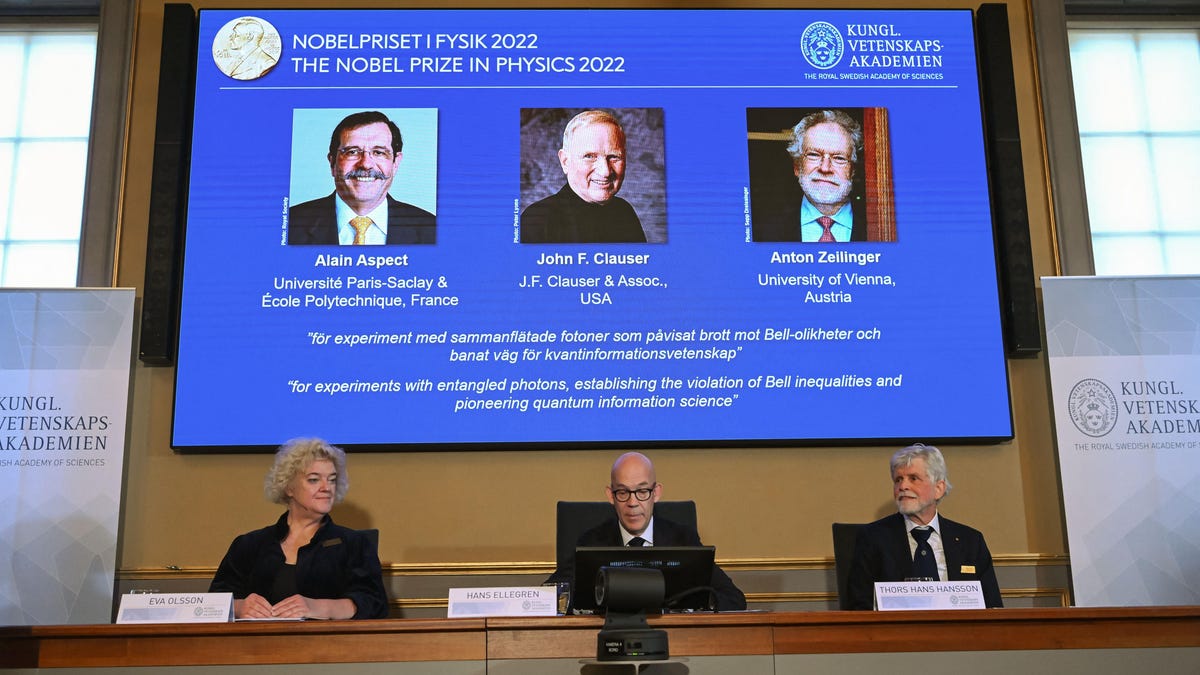 Alain Aspect, John F. Clauser, and Anton Zeilinger have been awarded the 2022 Nobel Prize in Physics for their work studying what Albert Einstein once called “spooky action at a distance.” Each scientist developed different ways to study the physics behind quantum entanglement.

Quantum mechanics, or the study of subatomic particles, their relationships, and their behaviors, is one of the most interesting—and confounding—research topics in modern physics. “It has become increasingly clear that a new kind of quantum technology is emerging. We can see that the laureates’ work with entangled states is of great importance, even beyond the fundamental questions about the interpretation of quantum mechanics,” says Anders Irbäck, chair of the Nobel Committee for Physics, in a press release.

John Clauser from J.F. Clauser & Assoc. in California, Alain Aspect from Université Paris-Saclay and École Polytechnique, and Anton Zeilinger from the University of Vienna, are sharing the award for their respective efforts in developing methodologies to understand quantum entanglement, the phenomenon in which two particles can exist in a shared state no matter how far apart they are. This means that measuring the quantum state of one particle will instantly give you information about the other one. Albert Einstein was so baffled by this that he referred to it as “spooky action at a distance” and suggested that entangled particles have information on their quantum state stored within them via hidden variables. In the 1960s, John Bell developed a mathematical inequality that contests the idea of hidden variables.

Clauser built upon Bell’s work by developing an experiment to test his famous inequality. Clauser and colleagues sent two entangled photons in different directions through filters angled at different directions. While the research illustrated violations to Bell’s inequality, it also presented a limitation: What if the apparatus Clauser used somehow selected two perfectly entangled photons?

Alain Aspect took this work further, addressing the limitation by conducting the experiment with one photon instead of two. Meanwhile, Anton Zeilinger and his research group were studying quantum teleportation, where one quantum particle can transfer information to another.

The work done by Clauser, Aspect, and Zeilinger points to the importance of collaboration in science as we continue to unlock the secrets of the tiniest scales of the universe.

More: This Is an Image of Quantum Entanglement… Sort Of

Even more: Scientists Tried to Quantum Entangle a Tardigrade