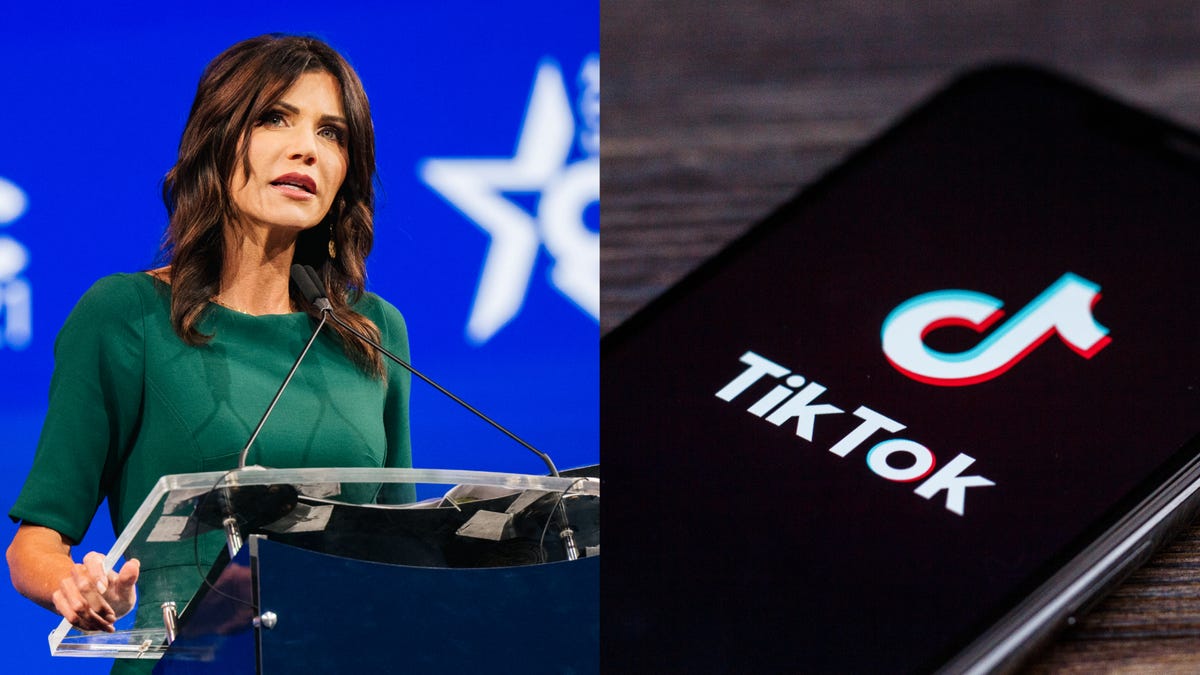 South Dakota Governor Kristi Noem has signed an executive order officially banning the social media app TikTok from state-owned devices that can access the internet, like phones and laptops. The move comes as concerns over the platform’s alleged infringement on national security grows.

The Republican Governor signed Executive Order 2022-10 Tuesday. “We will play no part in allowing China to continue to gain intel and influence in our state,” Noem said on Twitter. The order claims that out of TikTok’s one billion global users, 135 million are in the U.S.—which is over a third of the country’s population—and continues to say that TikTok’s parent company, China-owned ByteDance, has access to user data like keystrokes which can in turn be accessed by the Chinese government.

“South Dakota will have no part in the intelligence gathering operations of nations who hate us,” said Noem in a press release. “The Chinese Communist Party uses information that it gathers on TikTok to manipulate the American people, and they gather data off the devices that access the platform.”

The order goes into effect immediately and will apply to all state government workers including those that operate as contractors to the South Dakota government. Noem further explains in the document that similar bans have already been enacted in government sectors like the military, while citing attitudes from the Federal Communications Commission that also encourage a larger ban of the social media app.

“Because of our serious duty to protect the private data of South Dakota citizens, we must take this action immediately. I hope other states will follow South Dakota’s lead, and Congress should take broader action, as well,” said Noem.

The banning of TikTok is a hot topic, especially among those in the GOP camp. The idea of banning the platform was popularized by former President Donald Trump in 2020. Since then, TikTok—and the desire among republicans to ban it—has only grown in popularity. However, some democrats are also beginning to see the appeal of outlawing TikTok, with Democratic Senator and Chair of the Senate Intelligence Committee Mark Warner telling Vox, “The sooner we bite the bullet, the better.”