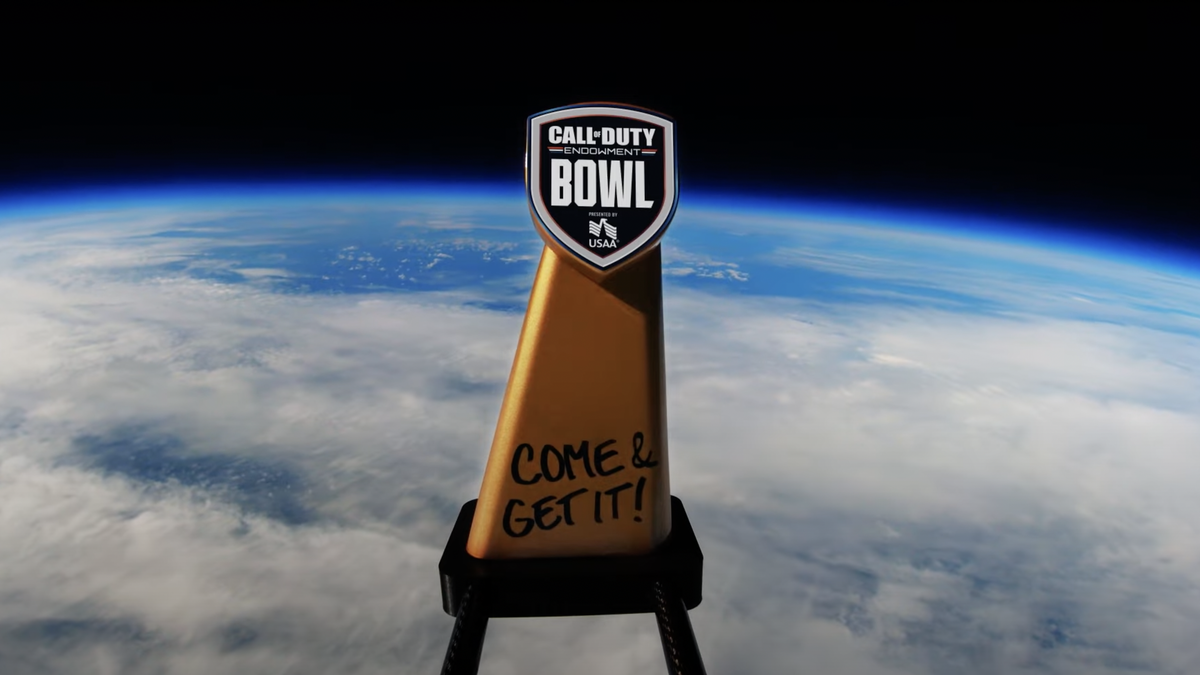 Yes you read all of that correctly. The U.S. Space Force is the reigning champ of the Call of Duty Endowment’s esports league, having secured a trophy in last year’s video game tournament. Space Force is now defending its title and taunting their competitors by launching the trophy into space.

The Call of Duty Endowment is a nonprofit helping unemployed veterans get back on their feet and into jobs, and every year the endowment hosts an annual video game tournament called the Call of Duty Endowment (C.O.D.E.) Bowl. The C.O.D.E. Bowl sees all six branches of the U.S. Armed Forces and three branches of the U.K. military competing in the esports tournament, with all proceeds from the competition going towards C.O.D.E.’s mission of getting veterans into high-quality careers.

Space Force won the second annual C.O.D.E. Bowl last year, and ahead of this year’s tournament on December 16 in Raleigh, North Carolina, the military branch has launched their trophy into space and encouraged their competitors to “come and get it” via permanent marker scribbled on the award. According to a report from Task & Purpose, Space Force hired a private contractor in the United Kingdom to fling the trophy out of Earth’s atmosphere, where it was able to survive the intense G-forces and changes in temperature and pressure.

“This year, the C.O.D.E. Bowl will take Raleigh, North Carolina by storm with a thrilling Warzone 2.0 battle to see if anyone can pry the trophy away from Space Force,” said Dan Goldenberg in a press release. Goldberg is the executive director of the Call of Duty Endowment. “The event will be incredibly fun to watch, but we never lose sight of our important mission of placing the 61% of veterans who identify as being either unemployed or underemployed into meaningful careers.”

The Call of Duty Endowment, which was founded by Activision awards money to organizations that have a proven record of getting veterans connected with jobs—past grantees include the Salvation Army, Hire Heroes USA, Goodwill, and Operation: Job Ready Placement. C.O.D.E. said in their press release that they spent an average of $547 per veteran in 2021 to place them into jobs, which can include any veteran struggling with professional development, especially after serving in the field.