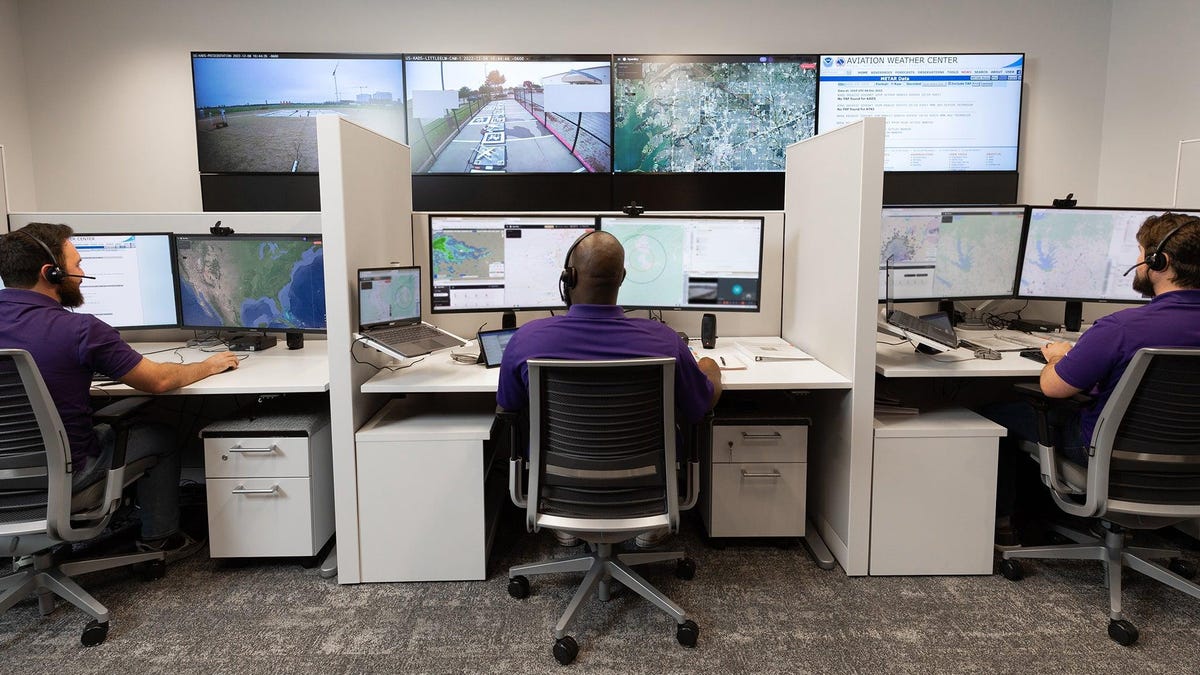 Alphabet owned autonomous delivery drone company Wing on Friday released footage of a first of its kind delivery drone command center. The space resembles a military war room but rather than monitor Predator drones dropping bombs over villages, Wing technicians will watch Uber like GPS routes to ensure flying Doritos and Tylenol get to their intended recipients.

The Wing technicians, referred to as “Pilots in Command,” sit in a central office in Texas where they can observe feeds of deliveries occurring across multiple time zones. Multiple monitors fill the room showing PICs the status of various deliveries. Since the drones run their routes autonomously, PICs don’t have access to live camera feeds or a joystick to maneuver the machine. Instead, the PICs observe the drone’s GPS coordinates on a map and keep track of variations in weather and air traffic.

“The aircraft robots are very good at monitoring themselves,” a Wing PIC said in a video posted by the company. “All they need to do is just provide alerts to the pilots.”

As of now, The Verge notes, Wing drones making deliveries from Walgreens have a 4.5 mile authorized delivery range, though Wing says the drones could technically pull off a range of about six miles. That range means Wing drones, as of now, operate within a radius of 50,000 potentially eligible homes. The actual portion of those homes that have any interest in actually receiving drone deliveries, however, remains unclear.

The drones themselves are parked on wireless charging stations spread out across drone “nests.” At the beginning of a day, the drones rise from their station to take part in a brief flight test before merchants open and start placing orders.

Though they’ve taken longer to lift off in the mainstream than many of its most ardent supporters would have hoped, there are signs autonomous drone deliveries may actually gain some relevance sooner rather than later. In 2020, The Federal Aviation Administration greenlit American Robotics to become the first drone company to operate a “smart” machine without needing an on-spot pilot or spotter. Amazon, who said it planned to start delivering some products to select customers in Lockeford, California and College Station, this year also unveiled its next generation MK30 delivery drone set to release in 2024.

Wing, for its part, is actually already making a hefty chunk of deliveries, just not in the U.S. The company has reportedly completed 1,000 deliveries per day in Australia and recently surpassed a 100,000 total delivery milestone. Then again, not all of those deliveries have gone perfectly. Earlier this year, a Wing drone operating in Australia flew into power lines in Brisbane, frying itself and temporarily cutting off power to more than 2,000 homes and businesses.