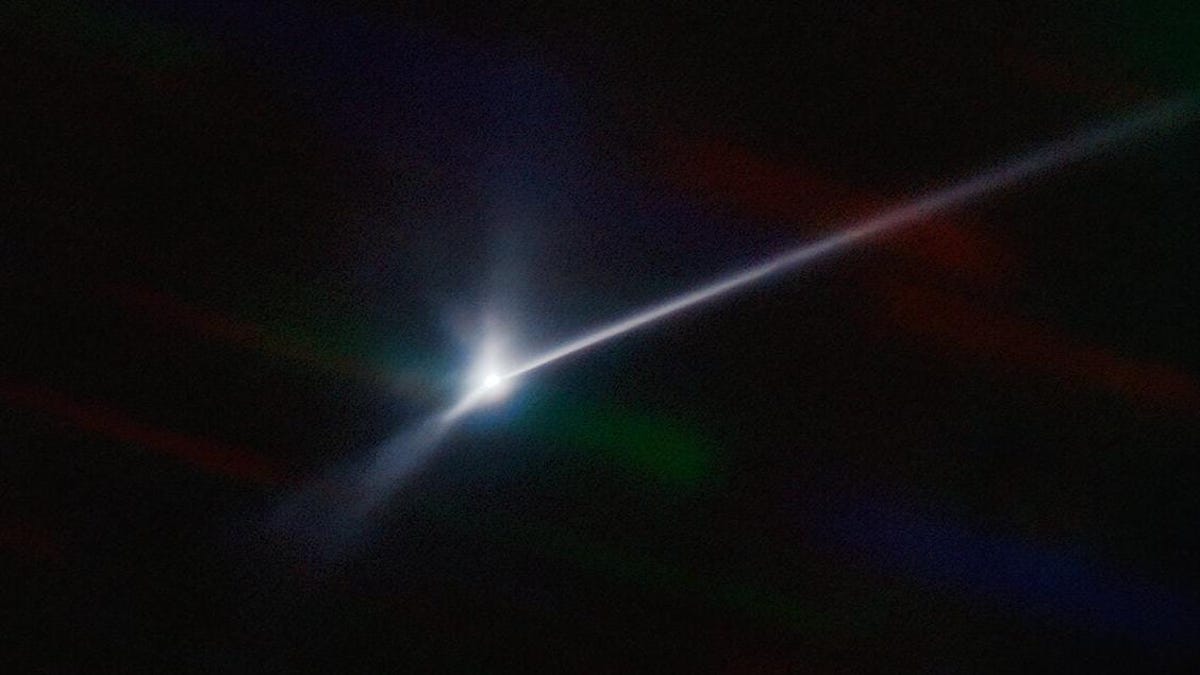 Last week, NASA’s DART spacecraft intentionally crashed into Dimorphos, a petite moonlet orbiting the larger asteroid Didymos. Now, a telescope on the ground in Chile has imaged the massive plume created by the impact in the days following the encounter.

The crash was a planetary defense test; NASA is seeking to know if a kinetic impactor can change the trajectory of an Earth-bound space rock, should we ever spot a large one on a collision course with us. The space agency’s Center for Near Earth Objects exists to monitor the status of these objects and their orbits.

NASA is still sifting through the data of the collision to determine if the Double Asteroid Redirection Test, or DART, altered Dimorphos’s orbital trajectory around its larger companion, but images of the impact are coming thick and fast from all the telescopic lenses turned towards the historic event.

The latest images come from the Southern Astrophysical Research (SOAR) Telescope in Chile, operated by NOIRLab. The SOAR telescope is located in the foothills of the Andes, an arid environment with clear, light-free skies that make the region ideal for ground-based telescopes.

The expanding dust trail from the collision is clearly visible, stretching to the right corner of the image. According to a NOIRLab release, the debris trail stretches about 6000 miles (10,000 kilometers) from the point of impact. Said Teddy Kareta, an astronomer at Lowell Observatory who was involved with the observation, in the release: “It is amazing how clearly we were able to capture the structure and extent of the aftermath in the days following the impact.”

NASA scientists have yet to come out with their determination on DART’s success, but the impact is a success in itself. Soon to come are further findings about the event: exactly how much material from Didymos was expelled, how pulverized the material was, and how fast it may have been kicked up. The data could shed important light on the effect that kinetic impactors might have on “rubble pile” asteroids, which Dimorphos appears to be. Rubble pile asteroids feature loosely bound conglomerations of surface material, which could explain these dramatic post-impact views of the moonlet.

Nearby in Chile, the Vera C. Rubin Observatory’s sky survey will soon begin. Among its charges are assessing potentially hazardous objects near Earth—though considering the recent test, perhaps the asteroids should be worried about us.