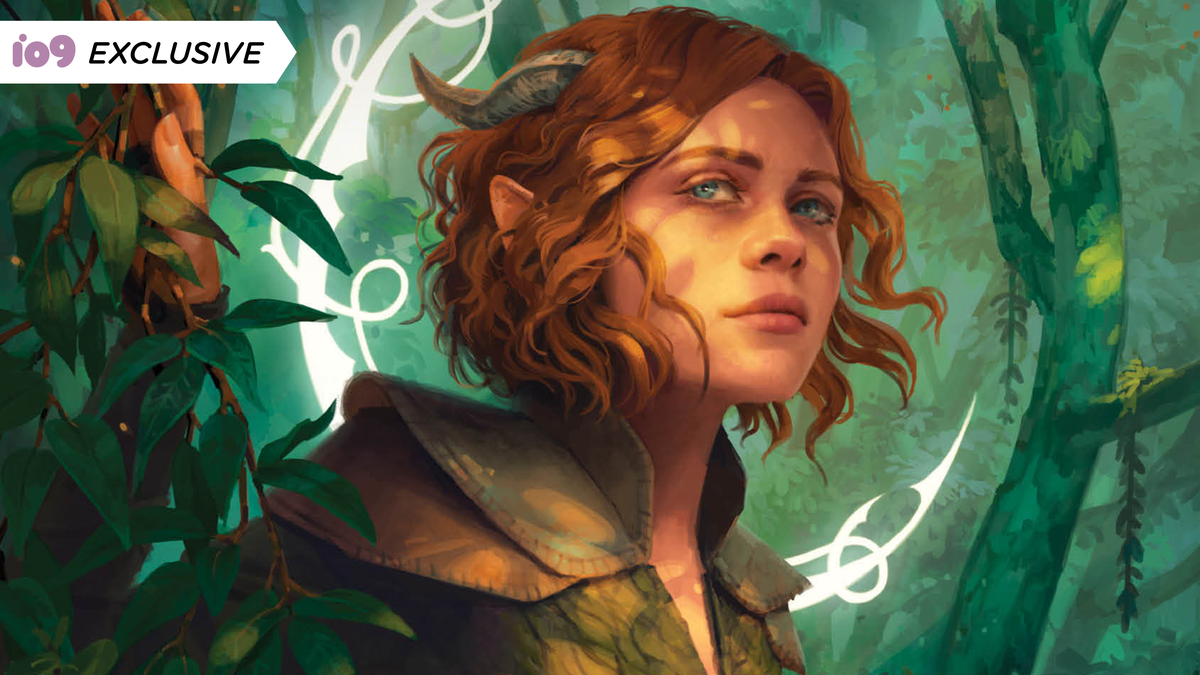 Before we meet the ragtag party venturing forth in Dungeons & Dragons: Honor Among Thieves next year, you’ll get to meet a few of those… heroes a little early, thanks to two new novels from Penguin Random House.

io9 has the first details on The Druid’s Call and The Road to Neverwinter, two prequel novels penned by E.K. Johnston and Jaleigh Johnson, respectively. Druid’s Call, as the name implies, will follow Sophia Lillis’ character from the film, Doric, a Tiefling Druid we saw in the trailer mostly delighting us by wildshifting into an Owlbear.

No matter how many D&D nerds complain that it’s against the game rules for Druids to wildshift into an Owlbear, watching a sprightly young Druid do so to own a bunch of people is pretty fun. The Druid’s Call will explore Doric’s early days as she discovers her powerful connection to nature and answers, well, her calling as a Druid, so perhaps we’ll get to learn just why she can wildshift into the monstrous, yet somewhat adorable, fluffy entity. Other than the fact that it’s fun as hell. Check out the full cover for Dungeons & Dragons: Honor Among Thieves – The Druid’s Call below by Alice Duke!

Less is known about Johnson’s The Road to Neverwinter at the minute, but as the name implies, we’ll likely be paying a visit to the infamous Jewel of the North, one of Faerûn’s most powerful and cosmopolitan city states. Stay tuned to io9 to learn more about the book soon!

The Druid’s Call and The Road to Neverwinter will release in February 2023. Dungeons & Dragons: Honor Among Thieves is set to hit theaters March 3, 2023.