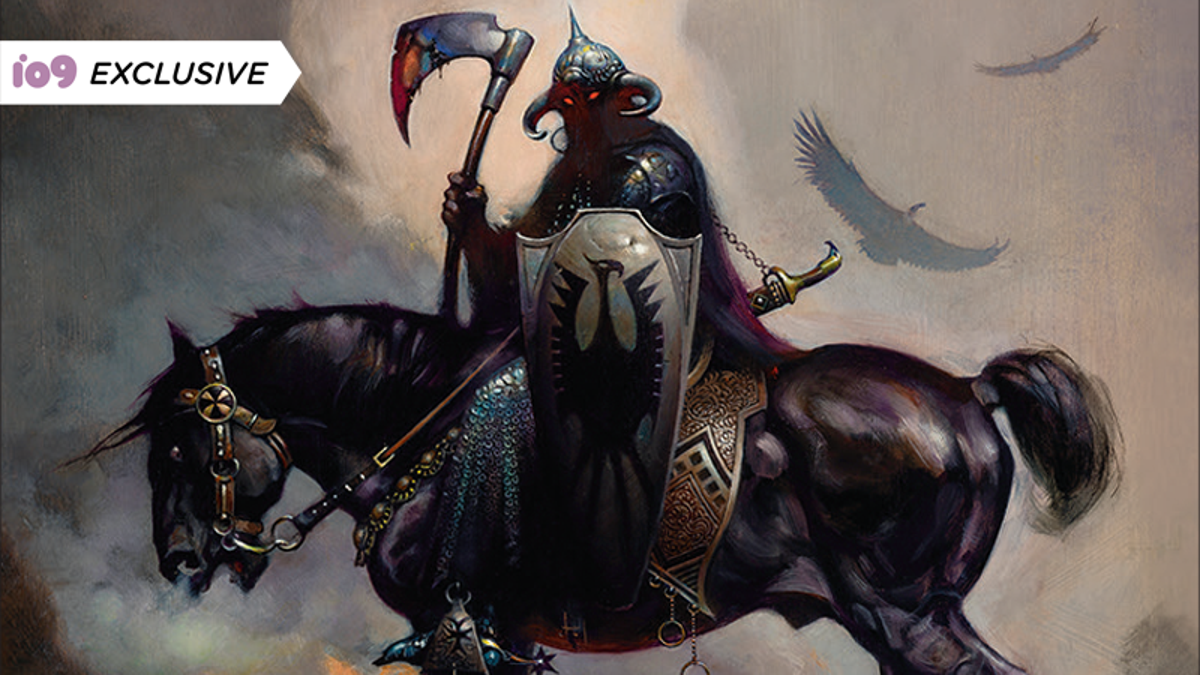 The cards of Magic: The Gathering have spent decades bringing horrifying monsters, incredible vistas, and mystical spells to vivid life, earning the game a veritable gallery rich with fantasy art. But now, the legendary card game is going to celebrate another equally legendary body of artwork.

io9 has your first look at the next drop on Wizards of the Coasts’ Secret Lair site, a dedicated store for limited time special card collaborations between Magic: The Gathering and a wide range of others, including Fortnite and Warhammer and artists such as Metal Gear icon Yoji Shinkawa and Junji Ito. Celebrating the work of sci-fi and fantasy maestro Frank Frazetta, the new drop will feature five cards reprinted with iconic pieces of classic Frazetta artwork, selections inspired by the original cards.

The five cards in the set include the white creature Field Marshal (which you can see above), the red sorcery Seize the Day, the blue sorcery Temporal Manipulation, the black instant Dark Ritual, and the black creature Midnight Reaper. Each card in the collection, aside from having Frazetta’s art on it, has been unprinted in standard Magic sets for quite a while. In Field Marshal’s case, it’s been 15 years since it was last widely reprinted in the 10th edition set! Check out the four remaining cards in the drop below.

The Art of Frank Frazetta Magic Secret Lair drop will go on pre-order Monday, December 5 at 9:00 am PT, with both a standard and foil variant set available for $30 and $40, respectively.