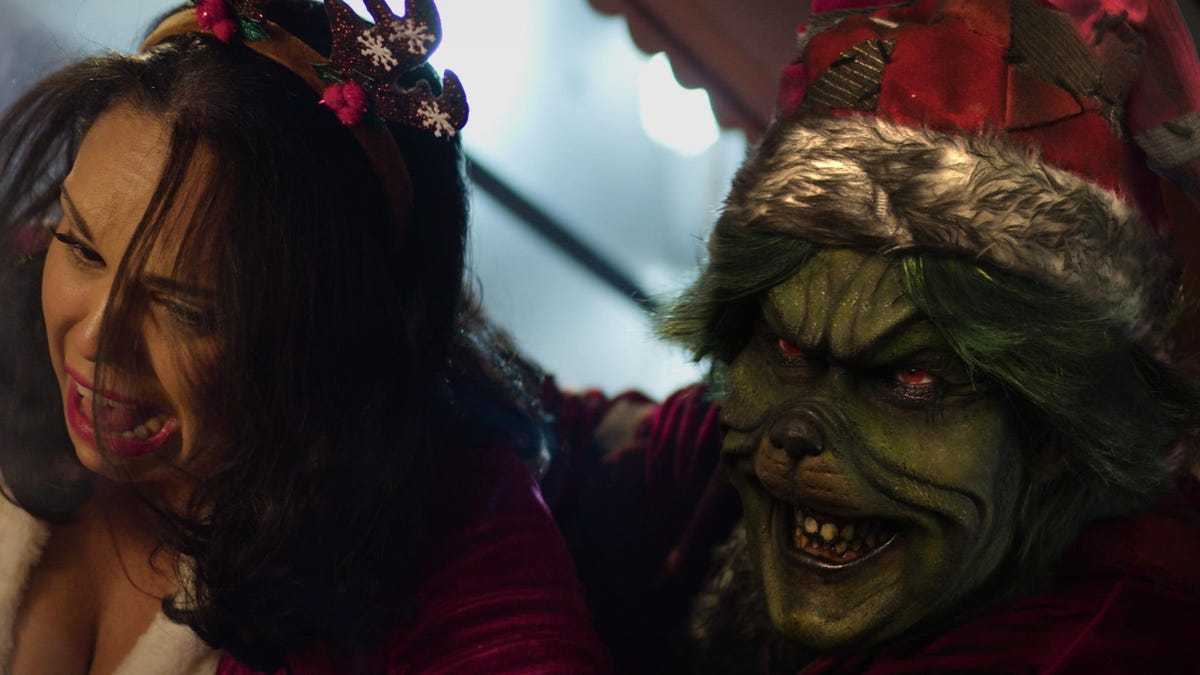 This trend is so edgy, right? I guess if you want to satisfy your inner child who is into this sort of thing, The Mean One might be for you; it definitely looks to prove that the lowest forms of entertainment keep it “real” by bastardizing children’s IP without any real intention outside of making Bambi, Pooh, and now the Grinch go homicidal.

This Dr. Seuss parody—whose budget clearly went all in on the makeup for “the mean one” and for casting Terrifer 2‘s David Howard Thornton—looks cheaper than an Asylum film and shot in a rando town retrofitted as a slasher. Like, that’s it and I don’t know who’s asking for this. The trailer, released through IGN, is giving more Christmas cringe than killer vibes.

As you can tell, I’m already over this dark parody of various children’s characters done for those with cynical cold hearts that never grew three sizes. Don’t get me wrong, though—horror comedies with kids and holidays like Anna and the Apocalypse or the upcoming Violent Night, done with earnest intent and camp with clever re-imaginings, work. Just… not here, where you can tell the effort didn’t go further than “wouldn’t it be sick to make the Grinch homicidal in a small town?”

Directed by Steven LaMorte, The Mean One hits U.S. theaters on December 9.