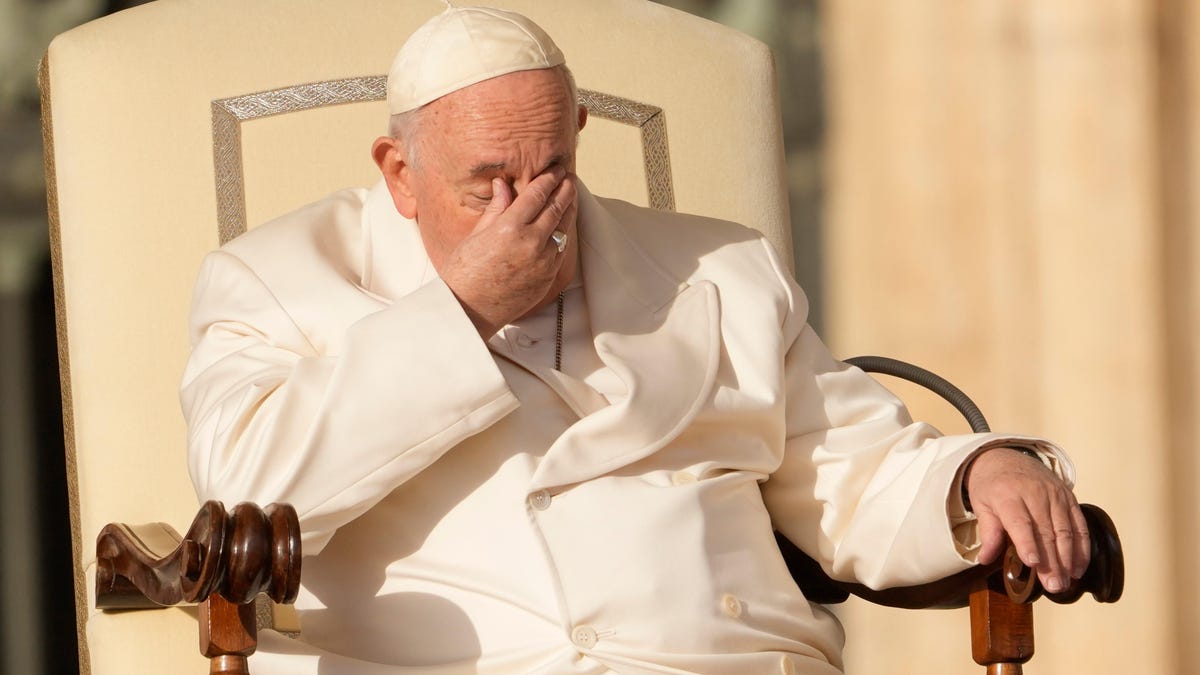 The Vatican shut down its official website on Wednesday in the aftermath of an apparent cyberattck disabled the site and returned a 404 error message to online supplicants. The Holy See said it suspects hackers are to blame.

“Technical investigations are ongoing due to abnormal attempts to access the site,” Matteo Bruni, Holy See press director, told Reuters. The website has been offline for four hours as of press time.

The presumed digital sabotage comes just a day after Russia launched a formal protest with the Vatican over Pope Francis’ recent comments condemning Russian violence in Ukraine. Back in Spring, the Pope made comments that insinuated Ukraine provoked Russia’s invasion. And, for months, he didn’t outright denounce Russia’s actions in Ukraine—spurring critique from some. Yet, in a sharp turn, Pope Francis made some strongly worded comments against Russian cruelty in Ukraine in an interview published Monday in a Jesuit publication, America Magazine.

Specifically, the Pope seemed to blame violence against Ukrainians on Russian ethnic minorities like Chechens and Buryati. “Certainly, the one who invades is the Russian state. This is very clear. Sometimes I try not to specify so as not to offend and rather condemn in general, although it is well known whom I am condemning. It is not necessary that I put a name and surname,” he added.

Gizmodo reached out to the press office with questions but did not immediately receive a response.

The website outage is not the first time that the center of the Catholic Church has proven vulnerable to an online attack. A little over two years ago, a cybersecurity company Recorded Future claimed that Chinese hackers had infiltrated the Vatican’s internal computer networks, according to the New York Times.

And in 2019, the Vatican premiered a virtual “Rosary” app intended to help users track their praters. The app was hacked by a security researcher within 15 minutes of its launch and, before being fixed, had flaws that left user personal information and login credentials exposed.