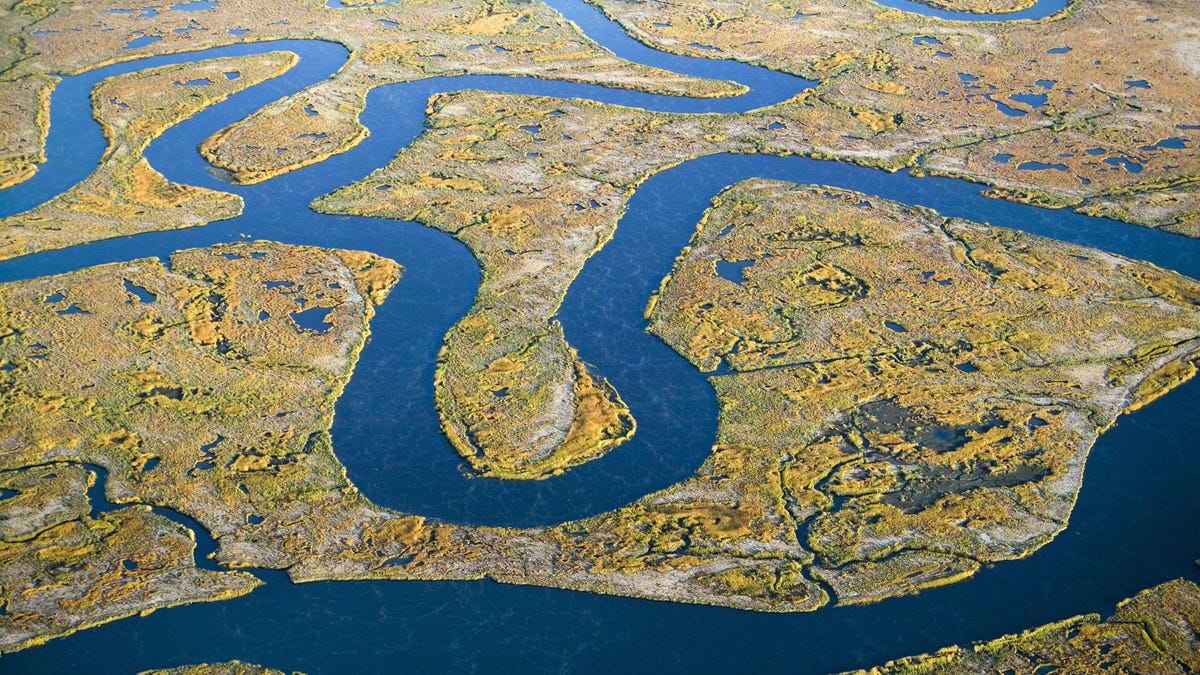 The Supreme Court heard oral arguments in a landmark case concerning the Clean Water Act on Monday. And the justices, even many from the conservative majority—who have been widely expected to rule in favor of much narrower water protections—asked a lot of questions that signaled the case might not be as settled as assumed.

Sackett v. EPA is, on paper, about whether or not the federal government can penalize an Idaho couple for building a house on their own land without a permit. But in actuality, it’s about whether the Environmental Protection Agency has any authority to meaningfully monitor and protect streams and wetlands from unfettered development and other polluting activities.

The case hinges on the the use of terms “navigable waters” and “waters of the United States” (commonly shortened to WOTUS) in the 1972 Clean Water Act. The terms, which were loosely defined in the original Act, have been argued and litigated over multiple times since. Their definition ultimately determines what waters the EPA is allowed to regulate.

Two former EPA lawyers and other legal experts told Politico’s Environment & Energy News that the content of yesterday’s hearing could herald a good outcome for the EPA. The justices drilled down into definition of “adjacent” waters and seemed skeptical of the anti-regulation plaintiffs’ claims that only wetlands directly abutting each other, with nothing in between, could be considered “adjacent.”

“Why did seven straight [presidential] administrations not agree with you?” Trump-appointed Justice Brett Kavanaugh asked the plaintiffs’ lawyer, Damien Schiff, during the arguments. The question was shockingly direct and pointed, given Kavanaugh’s previous stances against broad federal regulation.

Even if the case doesn’t fully go the plaintiffs’ way, a middle-ground verdict could still seriously hinder the EPA’s ability to regulate and protect water quality. As Dave Owen, an environmental law professor at the University of California, Hastings, once told Earther: “There’s a range of outcomes, all of which are bad.”

Betsy Southerland, former science and technology director in the EPA’s Office of Water, told Earther that, though she was happy to hear about the unexpectedly “broad-minded questioning” coming from conservative justices, she’s not feeling optimistic about the future of federal water protections. Southerland pointed out that there are many ways, beyond the idea of “adjacency,” through which the Supreme Court could opt to restrict the EPA’s jurisdiction over isolated wetlands and other small or intermittent waterways.

For one thing, Southerland said, the justices seemed to spend relatively little time discussing the issue of subsurface connection between waterways, leaving the argument over what amounts to meaningful connectivity unresolved. If the court does issue a ruling that requires permanent surface connection to “navigable waters” for smaller streams and wetlands to fall under federal protection, a huge number of waterbodies would be left uncovered.

Based on U.S. Geological Services data, such a decision would exclude about 20% of the nation’s streams and 50% of wetlands from EPA protection, she said. And, in certain parts of the country like the arid West, where streams are frequently seasonally dry, those numbers go up to 80-90%.

Yesterday’s hearings offered a glimmer of hope that we’re not heading toward the absolute worst of the bad possibilities. But the Justices’ questions are a small comfort when the whole future of the nation’s water quality is up for debate. A final opinion in the case isn’t expected to materialize until the summer.

Under a scientific understanding of the environment, all water is connected. Every drop of rain that falls in the U.S. eventually ends up as part of the larger movement of water, be it in a plant’s roots or a big river. You probably learned about watersheds and the water cycle in grade school, which both clearly outline how water flows overland and below ground from one point to another, generally from smaller to larger waterbodies.

Some streams and wetlands appear isolated or only contain water intermittently, but they’re still part of this broader ecological system. Even if you don’t care about that bigger picture, know that these small waterbodies still dictate the quality of what comes out of your tap.

Yet, U.S. courts don’t exactly see it that way. In 2006, the Supreme Court issued a split 4-1-4 ruling in Rapanos v. United States that challenged the EPA’s jurisdiction over isolated wetlands. Justice Antonin Scalia authored an opinion restricting the Clean Water Act to permanently flowing water bodies with continuous surface connection. Justice John Stevens, on the other hand, authored a dissenting opinion that supported the broadest interpretation of the Clean Water Act. Meanwhile, Justice Anthony Kennedy issued a stand-alone opinion somewhere in the middle. Since there was no majority opinion, the argument remained unresolved.

Then, things kind of went off the rails. Former President Barack Obama proposed a rule defining WOTUS in 2014 that definitively expanded EPA protection to wetlands and small streams. Trump overturned that rule in 2020. After a legal fight, in 2021 the EPA reverted back to the pre-Obama definition of WOTUS they had been using before 2015. The agency then announced last year that it would further revise its definition in yet another new proposed rule, scheduled to be issued after the Supreme Court opinion is released. But the SCOTUS decision could neuter that forthcoming EPA policy before it’s even finalized.

Worth noting: The couple at the center of the ongoing Supreme Court case, Mike and Chantell Sackett, are not exactly the scrappy underdogs they’ve set out to portray. The Sacketts are being represented for free by the Pacific Legal Foundation, the same anti- “government overreach and abuse” group that argued against the EPA in the 2006 case as well. Pacific Legal has financial backing from industry associated mega-donors like the Koch Network and ExxonMobile Foundation.

The money trail is a big hint for what’s ultimately at stake here. Without the EPA in the way, polluting industries like mining and fossil fuel extraction would be free to dump waste in headwater streams, without facing federal consequences.