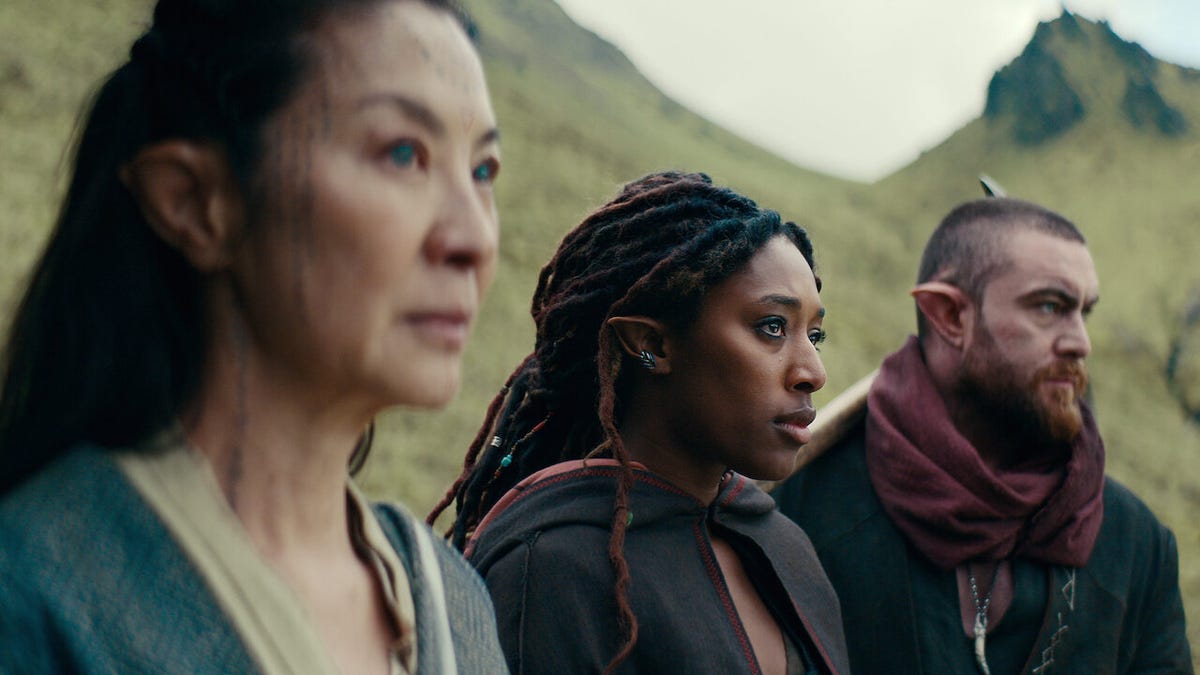 Though the future of Netflix’s The Witcher is in an….interesting (if somewhat uncertain) place at the moment, its past couldn’t feel more sure of itself. Later in the month, the fantasy series is receiving another prequel in the form of Blood Origin, which aims to tell the story of the very first Witcher and show how the world of The Continent became filled with monsters and beings of other races that have become a part of Geralt of Rivia and his allies’ lives in the present day.

As Blood Origin picks up, the elves are currently in the midst of a golden age. When an empire is preparing to wage war, it falls of a group of warriors to push them back. For the most part, Blood Origin’s marketing has focused on the elven trio of Scian (Michelle Yeoh), Éile (Sophia Brown), and Fjall (Laurence O’Fuarain), and they once again get the spotlight here. In addition to showing the growing bond between Éile and Fjall, the new trailer offers glimpses of some of their allies—like Huw Novelli as Brother Death and Francesa Mills as Meldof—and the larger threat that the Empire poses.

But the biggest threat to The Continent will end up being its merging with several worlds. Known in the universe of Andrzej Sapkowski’s fantasy series as the “Conjunction of the Spheres,” the event serves as the reason for why humans and other magical monsters have come to populate the world. Blood Origin aims to introduce all of that, and set the foundation for Elven society’s eventual demise and status as second-class citizens.

With how much Netflix is positioning The Witcher as one of its key franchises going forward, Blood Origin arguably serves as the most important test to the series’ viability thus far. Hopefully it’s as good as it looks, because it looks real good, and watching a bunch of people sling magic and kill each other while wearing fake ears sounds like a pretty fun way to close out the year.