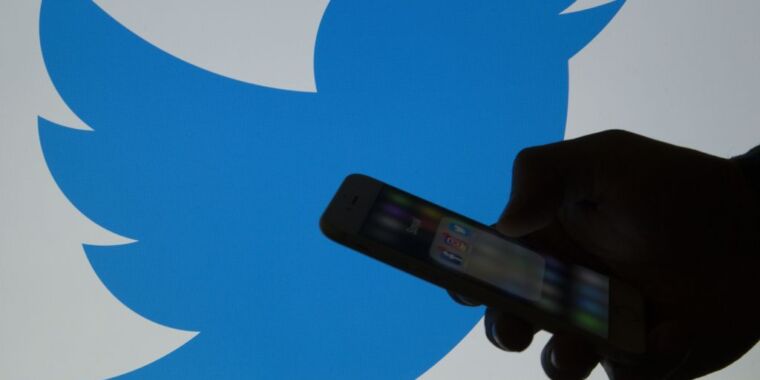 After the US Department of Health and Human Services realized its promoted tweet about updated COVID vaccines was appearing on Twitter pages of white nationalist accounts, the agency told The Washington Post it promptly moved to remove the ads from Twitter. But their promoted tweets weren’t the only ones populating near extremist tweets.

A review by the Post found “roughly 40 brands” put in the same position due to Elon Musk’s recent decision to restore controversial accounts of Twitter users known to promote white nationalist views.

Kanye West, who now goes by Ye, was among the most famous accounts that Musk restored (and then quickly banned again), but around the same time, Musk also brought back other controversial right-wing influencers, like the editor of The Daily Stormer, Andrew Anglin, and the former leader of a white nationalist group called the American Identity Movement, Patrick Casey. It was these recently reinstated influencers whose accounts raised red flags for some brands with promoted tweets that the Post reported began appearing in Anglin’s and Casey’s feeds, including Amazon, Uber, and Snap.

The Verge reported, and a subsequent Ars review confirmed that currently, Twitter seems to have resolved this issue by preventing promoted tweets from appearing on Anglin’s and Casey’s pages. A former Twitter employee told the Post that any previously banned accounts that are restored will likely need to be flagged again “to prevent advertising from appearing near them.” Either these two accounts were flagged since the Post’s report, or Twitter independently took action to block ads from reaching these feeds.

In addition to noting that some promoted tweets were appearing on recently restored white nationalist accounts, the Post report also shared examples of major brand ads appearing “under white supremacist posts from accounts with display names including ‘No White Guilt Clips’ and ‘White Power Ranger.’”

Amazon recently committed to spending $100 million annually as one of Twitter’s biggest advertisers but so far has not commented on its promoted tweets appearing in white nationalist feeds. The Post’s report realizes a fear previously expressed by some major brands pausing Twitter ads until confidence could be restored in Musk’s content-moderation policies. Mondelez CEO Dirk Van de Put told Reuters last month, “We felt there is a risk our advertising would appear next to the wrong messages.”

Since rejoining Twitter, unlike the reinstated account of Donald Trump, both Anglin and Casey immediately began tweeting. A screenshot of one promoted tweet in the Post report shows the Uber Eats Twitter account joking about how “take out” and “order in” mean the same thing next to a tweet from Anglin endorsing Ye for president in 2024. Another showed an HHS tweet promoting COVID vaccines next to Casey’s tweet claiming he was previously banned from Twitter in 2019 “for nothing” (Media Matters documented Casey’s repeated failed attempts to skirt Twitter’s ban prior to his reinstatement).

Of extreme examples that could concern Twitter advertisers, the Post referenced inflammatory messaging that previously came from Anglin and Casey. Anglin once suggested that “all enemies should be combined into one enemy, which is the Jews,” and Casey once suggested that “America isn’t going to be America if there isn’t a European-America supermajority.”

Ars could not immediately reach Anglin, Casey, or any of the brands mentioned in the Post’s story for comment. Casey told the Post that he did not consider himself a white nationalist, saying instead, “I am a paleoconservative.” (Paleoconservatism is defined as a deeply right-wing American political philosophy “that seeks, among other goals, to preserve the country’s Anglo-Saxon and Christian heritage.”)

Twitter will likely have to offer reassurances to some of the advertisers that were impacted. An HHS spokesperson, Sarah Lovenheim, told the Post that the department chose to pause the COVID vaccine ad on Twitter because “having it appear on hateful Twitter channels is inconsistent with our values and we are pulling it down.”

As Musk continues restoring banned accounts, it’s unclear if Twitter will default to limiting advertising on controversial reinstated accounts, or if each restored account will need to be flagged individually as they come back online. Twitter did not respond to Ars’ request for comment to clarify. Since Musk’s takeover, reports have suggested Twitter cut its communications team, but last week, Musk tweeted that the @TwitterSafety account will publish data weekly, so it’s possible there will be more transparency about restored accounts in the future.

More recently, Musk claimed that his “Twitter Files” release of internal Twitter documents was intended to “improve transparency,” particularly about Twitter content moderation decisions made before Musk took over. For now, the release of additional “Twitter Files” has been stalled after Musk realized that Twitter general counsel Jim Baker was reviewing the information that Musk was sharing with journalists. The Wall Street Journal reported today that Musk “exited” Baker, and journalist Matt Taibbi tweeted to confirm that the next update to the “Twitter Files” would be coming from the Twitter account of journalist Bari Weiss.